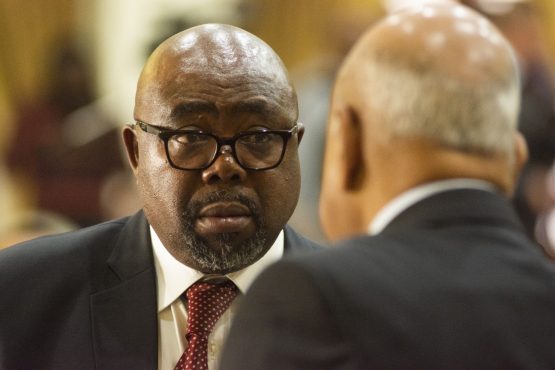 Privatising the company would be detrimental to the poor, Employment and Labour Minister Thulas Nxesi said in an interview. While President Cyril Ramaphosa’s government has previously denied any plans to sell the company, there have been calls to divest from the asset. S&P Global Ratings said privatisation may be the best option to resolve the power crisis in Africa’s most-industrialised nation.

“I am not a proponent of privatisation of key state assets,” said Nxesi, who’s also a leader of the South African Communist Party. “If you privatise electricity, you can forget about the majority of people having access to electricity, it is going to be very expensive for them. That’s why government steps in when there is market failure.”

Eskom poses a significant risk to South Africa’s economy and its public finances, with the government guaranteeing as much as R350 billion ($20.6 billion) of its debt. The utility has been intermittently cutting 6 000 megawatts from the grid since last month, leaving the country in darkness for hours at a time and further constraining industrial output and growth.

“I see the energy issue as an economic crisis,” Nxesi said. 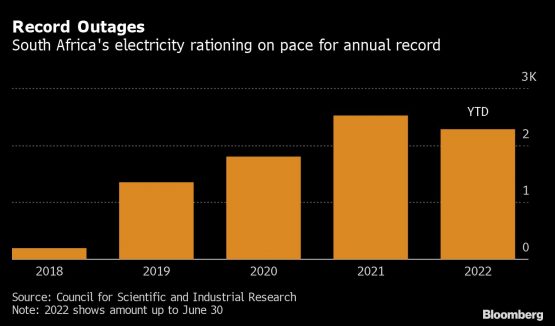 Operational issues at Eskom pose a risk to South Africa’s economic outlook and the utility’s revenue is insufficient to reduce it’s R396 billionof debt, according to S&P Global Ratings. Shifting the company’s obligations onto the state’s balance sheet would precipitate a marked deterioration in the state’s debt.

The administration is in the process of breaking up Eskom into three separate entities — power-transmission, generation and distribution.

Ramaphosa has also announced policy changes to cut excessive bureaucracy and enable private investors to build their own power plants with up to 100 megawatts of generating capacity without requiring a license. The state has also encouraged more support for renewable-energy projects to supplement the country’s needs.

Nxesi said the governing African National Congress could upset South Africans if it’s unable to resolve the energy crisis by 2024, when the next general election is set to take place.

Maybe Honourable Minister, you should consider first nationalising all food production. Food is far more important than electricity.
It worked out so well in 1930s Ukraine, part of the USSR at that time. And more recently in the PRC, Cuba and North Korea.
NKns truly enjoy their famine and their high standard of living.
Sarcasm.
Since at least 2015 I made endless comments that at least power generation should be fully privatised, competing energy companies selling power to the transmission company, or selling it directly to the public.

The poor aren’t getting reliable electricity anyway . With the money government has thrown at Eskom and continues to do so they could subsidise the poor electricity bills . They might even have tax revenue from Eskom one day , but this will only happen when in private / efficient hands . A commies grasp of economics has always been dodgy . They live off the proceeds of capitalism and yet bemoan its existence. I bet you go to private hospitals when sick ……

As head of the communist party the honorable minister should take a six month trip to China, paying special attention to how workers there get by and with what state grants and free goodies, then come back and replicate here.

Pravin should force Eskom to run stage 8 loadshredding from 5AM to 8AM and 6PM to 10PM every evening in every council that is not fully paid up. Those people will be getting half their electricity for free instead of most of it. The rest of us will be stage 2 instead of 6

The minister of Unemployment and Poverty defending his portfolio. Luthuli House is the home of the law of unintended consequences. They deliver the opposite of what they promise. The pure unbridled socialist madness of ministers who destroy their own portfolios.