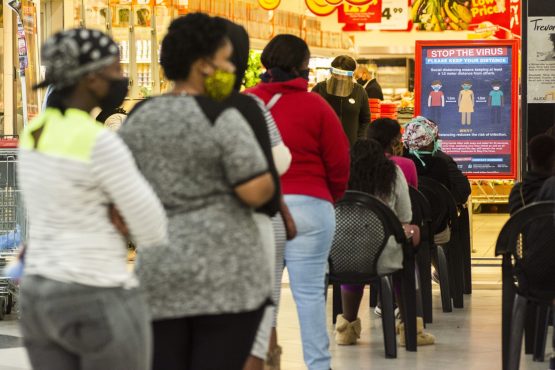 Progress was made in talks held this week at the National Economic Development and Labour Council, according to Matthew Parks, parliamentary coordinator for the Congress of South African Trade Unions. Nedlac is a forum for negotiations between business, labour and government.

“Government realises it has to extend some form of relief,” Parks said by phone on Thursday. “We might need to consider a reduced monetary amount.”

While South Africa’s government and the UIF are under strain from the impact of a lockdown associated with the pandemic, this month’s re-imposition of curbs on industries including alcoholic beverages, restaurants and bars, is depriving people of an income. An earlier programme to compensate those who lost jobs temporarily because of the virus ended in October.

Thulas Nxesi, the labour minister, warned in November that the fund could collapse if forced to restart benefits for people who have lost income because of the restrictions.

Talks are focusing on those who can’t work because of the latest curbs, people who are forced to quarantine, and those who need to stay home because they have co-morbidities or are elderly, Parks said. Talks may be completed by the end of next week, he said.

Calls to the spokesman of the UIF didn’t connect.

With almost 1.3 million confirmed infections and more than 35,000 deaths, South Africa is the country worst hit by the virus in Africa. The central bank has estimated the economy contracted by about 8% in 2020.