SA set to take over part of Eskom’s R396bn debt

As part of a process to place the struggling electricity company on a sustainable footing.
By Paul Burkhardt and Colleen Goko, Bloomberg 28 Jul 2022  14:09 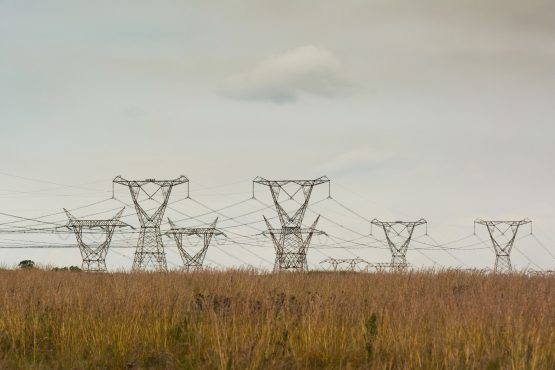 South Africa’s Treasury is finalising a plan to take over a portion of Eskom’s R396 billion ($24 billion) debt as part of a process to place the struggling electricity company on a sustainable footing, a top official said.

The “broad brush strokes” of the debt transfer will be announced in the mid-term budget scheduled for October, Duncan Pieterse, head of assets and liability management at the National Treasury, said in an interview Wednesday. The authorities will seek cabinet and parliament’s approval for the plan after determining the amount, along with the conditions the utility will need to meet before and following such a transaction.

The Treasury has done financial modelling around the debt transfer and appointed lawyers to advise it on regulatory and legal hurdles, including loan covenants, Pieterse said. It’s also working with Eskom to determine what needs to be done to ensure the state-owned company is sustainable after the debt transfer has taken place.

“There is no point in dealing with the debt, only for the entity to return to the fiscus for further support,” Pieterse said. “Then you are basically executing a debt transfer without making sure that you will have a sustainable entity in the end,” he said, adding that “Eskom has been very constructive in our engagements with them.”

Setting a plan for Eskom’s debt would mark a key step toward turning around the engine that drives Africa’s most industrialised nation, after years of government bailouts and rolling power outages that have weighed on the economy. The utility has been unbundling into generation, distribution and transmission units in a strategy to update the nearly century-old monopoly, but the government has been stymied by the debt pile that’s required cash injections just to service.

Finance Minister Enoch Godongwana said in his February budget statement that the Treasury would work on a plan to find a “fair and equitable” debt solution for Eskom by the end of the current financial year. The debt-transfer proposal flows from that announcement, Pieterse said.

“Once the technical work is complete, then this work has to be subjected to budget processes and be incorporated and tested within the fiscal framework, which is ultimately approved by the minister of finance, cabinet and parliament,” Pieterse said. “As announced by the president, we intend to outline the principles of the proposal at the time of the medium-term budget policy statement in October and the execution modalities thereafter.”

Yields on South African local-currency government bonds are among the highest in emerging-markets, an ascent that accelerated from 2017, when Eskom started to face mounting fiscal and governance issues. Goldman Sachs Group identified the utility as the biggest single threat to the nation’s economy. In 2019, Eskom received a multibillion dollar bailout, which resulted in the government increasing the amount of debt it sold at weekly auctions, driving up yields. The following year the Public Investment Corp., a manager of government workers’ pensions and unemployment funds, emerged as the potential counter-party of an Eskom debt-for-equity swap. Other solutions have since emerged and faded.

Among the other proposals to help reduce Eskom’s debt is one resurrected by Godongwana to sell some of its coal-fired power plants. That idea is still under consideration, Pieterse said.

“In terms of the selling of power plants, it is something that we have asked Eskom to look into and it is obviously tricky,” he said. “That is one of the issues under discussion, but it isn’t the main issue. The main issue is how do you create the space for Eskom to maintain the plants they currently have and to invest in the transmission and distribution parts of their business.”

“The question is what happens to our risk premium going forward,” he said. “The feedback we have received has been along the lines of, provided you can get the right conditions in place, provided it is a credible transaction, this can actually be net positive for the sovereign.”

The taxes that could have paid the social grant or a BIG, have been diverted, no, stolen, to pay unproductive workers at the overstaffed Eskom and to finance BEE cronies. They plundered poor people to enrich wealthy ANC cadres.

It is clear that the entire economy will eventually disappear into this socialist gravitational black hole that is Luthuli House.

and just imagine the fees being scored by all the advisers, actuaries, accountants and lawyers on these huge transactions! Come to think of it, that is probably what has driven the scheme rather than privatising to realise some cash.