A study by South African scientists into the new coronavirus variant driving a resurgence of cases in the country raises concern about the efficacy of vaccines and a new class of therapies.

Half the blood samples taken from a small group of people to have recovered from Covid-19 didn’t have the antibodies needed to protect against the 501Y.V2 strain identified last month, according to the paper by South Africa’s National Institute for Communicable Diseases. In the other half, antibody levels were reduced and the risk of re-infection couldn’t be determined, according to the institute.

New strains of the virus have also been identified in countries including the UK and Brazil, leading to concerns that increasingly dangerous versions of the pathogen still yet to emerge may hamper the global rollout of vaccines.

The lineage recently identified in Brazil “also has changes at key positions” shown in this study to “affect neutralizing antibodies,” the scientists said. “Our data suggest that this lineage is also likely to exhibit significant levels of neutralization resistance, making both lineages of considerable public health concern.”

The NICD findings may “foreshadow reduced efficacy of current spike-based vaccines,” the scientists said. They also suggest that treatment with plasma from donors who’ve had the coronavirus may not be successful in those with this variant. The findings weren’t peer-reviewed and were based on samples of 44 donors.

“These data highlight the need for increased, ongoing surveillance and sequencing during the SARS-CoV-2 pandemic,” the authors including Penny Moore, a professor at the NICD, said.

The strain that emerged in South Africa is about 50% more transmissible than earlier versions, Salim Abdool Karim, co-chair of the Covid-19 ministerial advisory committee, said in a presentation earlier this week. However, there’s no evidence it’s more likely to cause hospitalisation or death, he said.

A separate study by Pfizer Inc. and BioNTech SE showed that their Covid-19 vaccine will protect against the new variant of the coronavirus that emerged in the UK Scientists have previously said many existing vaccines could be adapted to new strains if needed.

Lack of protection from the new variant after prior infection with the old isn’t illustrated in the SA numbers yet despite the antibody tests quoted. 4,000 reinfections (two +ve PCRs > 90 days apart) as reported by NICD this week / 700,000 cases (as at 90 days ago) = 0.5% reinfection rate. PCR false positives are in that range.
Perhaps T Cells not just antibodies offer some protection or there is something else we are missing.

This is not a second wave, this is a new wave of a new kind of virus. This new virus is a variant (or could be a strain) of the novel coronavirus sars-cov-2, but it’s not the same virus. So the people that are sick from it should and are said to have Covid20 disease (therefor not Covid19). The new variant is called “Variant 501.V2”. The new variant 501.V2 discovered in South Africa is now detected in more than 23 counties. And there are also another variant or strains discovered in the UK, and another stain discovered in the USA.

Antibodies are a short term defence against similar infection but T cells are the 1st, 2nd and final defence. They need mineral resources to assist them to perform their combatitive task. Older people generally suffer weakening immune response and a shortage of minerals and should compensate with appropriate supplements such as zinc and selenium. The authorities have got nothing to say about this because they are too busy shouting about useless things and bullying people for inexplicable reasons. The 1st UK variant was discovered and documented in September in Kent just after Bill Gates was appointed by Bojo to oversee the roll out of vaccines.

So let me start up by stating very clearly, long before Covid and for a very long time I chose to take medication only on and “as needed basis”.
While I am not against medication I chose rather to believe that medicine used “ad-lib” can and does have the effect of weakening your body’s immune system growth, development and ability to sustain itself. Yes, I have had my kiddie inoculations but I view those and the COVID vaccines in a very different light.
My concerns regarding this are as follows.
Firstly, I don’t believe all the data and information that I am reading and hearing and sometime this due to the credibility of the messenger and never mind the sheer volume of conflicting information.
Secondly, The period of time that some of the vaccines have been tested before they are being fit for human consumption is frightening at best. Most of our inoculations that we had as children were developed over years of research albeit with perhaps lesser technology and far less information.
Lastly, and this is perhaps my biggest concern. Given the False Positive test issue (and let me say that I hope and trust that the testing fraternity will critically test to ensure a “TRUE POSITIVE” patient is used in the trial), if people with a false are landing up in the testing group and a being cured then I have to question to actual efficacy rate and possible discrepancy between the reported / declared and the actual efficacy rate.
Again, in closing this is purely my observation so I am open to being corrected.

If I understand this correctly we don’t know much. Will some or all of the vaccines work for these new strains? Will other strains develop against which the vaccines won’t work? This means that SA will re-prioritise expenses/raise new taxes/borrow more money we cannot repay/cause further damage to the economy based on what we don’t know. A terrible situation! 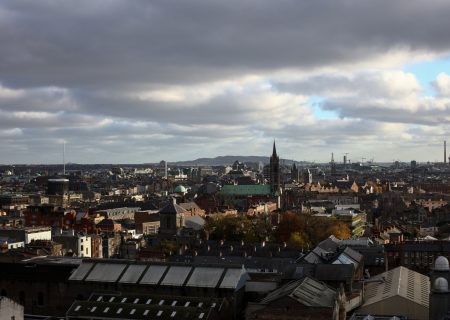