And, all being well, the backlog in printing of 2.1m driving licence cards should be cleared by September this year.
By Roy Cokayne 4 Feb 2022  00:03 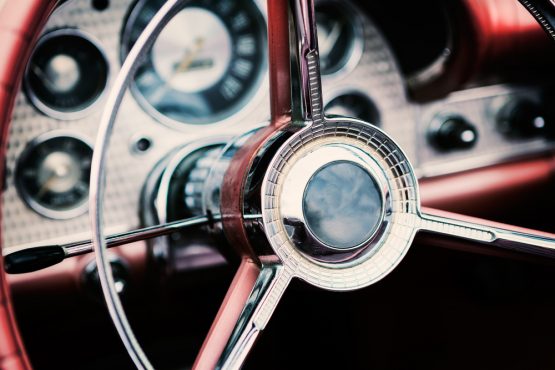 The DoT is also looking into the possibility of extending the validity of driving licences beyond the current five years. Image: Shutterstock

South Africa’s planned new smart card driving licence will be introduced in October 2023, with the existing card phased out over a five-year period.

Transport Minister Fikile Mbalula confirmed this on Thursday in a briefing during which he provided an update on the Department of Transport (DoT) driving licence interventions.

Mbalula said the new driving licence card will have advanced security features and meet international standards, which means it can also be used as an alternative form of identification.

“We are in the process of seeking Cabinet approval for the design of the new card this year.

“This will then be followed by a procurement process that will enable us to pilot the card and introduce the new card in October 2023.

He referred to the Organisation Undoing Tax Abuse (Outa) questioning why the department did not extend the validity period of driving licences to 10 years.

Mbalula said the Road Traffic Management Corporation (RTMC) has appointed a panel of researchers to look into the matter.

“Informed by the research, we will make the appropriate determination,” he said.

The Automobile Association (AA) said it is a positive development that the new driving licence cards with advanced security features will be capable of being used as official identification.

However, the AA said that if the existing problems around applying and issuing of cards are not resolved, the introduction of a new card – however advanced – will have solved nothing.

“We therefore eagerly await the introduction of new online procedures, which are slated to come into force on February 17, as a way of dealing more effectively with the procedures around driving licence card renewals,” it said.

The AA welcomed Mbalula’s announcement that research is being conducted into extending the validity period of driving licence cards from its current five-year period.

“The AA has urged government to extend the validity period of driving licences from five to 10 years as a way of dealing more effectively with renewals,” it said.

Mbalula said the production of the current driving licence cards resumed on January 20 when the damaged component that caused the breakdown in the machine on November 7 2021 was fixed.

This breakdown occurred as a result of a power surge caused by flooding from the adjacent building, he said.

Mbalula said that as at February 1, the backlog of renewal applications awaiting the printing of cards was at 597 492.

He said the Driving Licence Card Account (DLCA) has in the two weeks since the production process resumed produced 128 436 driving licence cards.

“The backlog of the cards currently in the system will be cleared by April 2022,” he said.

However, Mbalula said the total backlog of driving licences that will have expired by March 31 2022 that have yet to be renewed totals 2.1 million nationwide.

Gauteng accounts for the highest number of licences not yet renewed at 744 710, which represents 35% of the national total.

Mbalula said that with an estimated production capacity of 400 000 cards per month, the DLCA estimates the 2.1 million backlog will be cleared by September 2022.

He said the department is satisfied that between the DLCA, the RTMC and the support of the original equipment manufacturer, there is sufficient technical capacity to maintain the equipment for the foreseeable future.

However, the driving licence card machine equipment will be undergoing its annual preventative maintenance from March 17 to 31.

Mbalula expressed concern about the underutilisation of Driving Licence Test Centres (DLTCs) in light of the backlog of expired driving licences that need to be renewed.

He said slots at the RTMC-managed DLTCs that were opened at Waterfall Park in Midrand and Eco Park in Centurion, and which operate during weekends, are severely underutilised.

“Currently these two DLTCs only have a utilisation rate of 35% – and only 53 motorists renewed licences this past weekend from the available capacity of 150 motorists who can be assisted per day.

“We encourage all those whose licences have expired to renew their licences and not wait for the last minute,” he said.

Mbalula said the DoT will be engaging with the provinces to explore further incentives and innovations that will be rolled out in due course.

He said these include:

“Once we have finalised these consultations, we will make the necessary pronouncements,” he said.

Mbalula highlighted that the National Road Traffic regulations provide a temporary reprieve for motorists who have applied for renewal of their cards to continue using the expired card for a period not exceeding three months.

However, Mbalula stressed this is conditional on the motorist having in their possession both the expired driving licence and the proof of renewal – and the application must have been made before the expiry of the card.

Mbalula added that those whose driving licence cards expired between March 2020 26 and August 31 2021, the grace period, are deemed to be valid until March 31 2022.

But Mbalula stressed that those motorists whose licences expired after August 31 2021 are required to apply for a temporary driving licence because the grace period does not cover them.

Extension beyond March 31 ‘would be prudent’ – AA

The AA said it is encouraged that the driving licence production machine is again operational and efforts are underway to clear the massive backlogs.

However, the AA said it remains concerned about the capacity of the renewal system to service the 2.1 million motorists who must renew their licences before the end of March 2022 and believes more time is needed to resolve the current backlogs.

“Given the enormous challenges of renewing driving licences, and in the context of the current backlogs, we believe an extension to the grace period beyond March 31 would be prudent,” it said.

This whole project sounds dodgy. Who is the person about to make a fortune from this tender one has to wonder? The previous recipients of this award, the Shark brothers, fleeced us taxpayers first time around….will be interesting to see who the next lot to make their fortune from us will be. Will this ever end?

Should of course be Shaik brothers! Although “Shark” is quite appropriate in this case! Lol!

But Mbalula stressed that those motorists whose licences expired after August 31 2021 are required to apply for a temporary driving licence because the grace period does not cover them.

The midget makes no sense. They extended relief to people because the system was a mess in Mbalula’s own words. It became even more of a mess after the machine broke. The relief from needing to get and pay for a temp license should extend through to end January 2026.

Or does the midget need all those temp license application fees?

Agreed Johan, my licence expired in January 2022 and I applied for a new one; no temporary was offered. All I have is a receipt and the “hope” that Mbablula and the Shaik brethren or whoever is actually benefitting from this scam, gets their acts together. Forlorn hope?