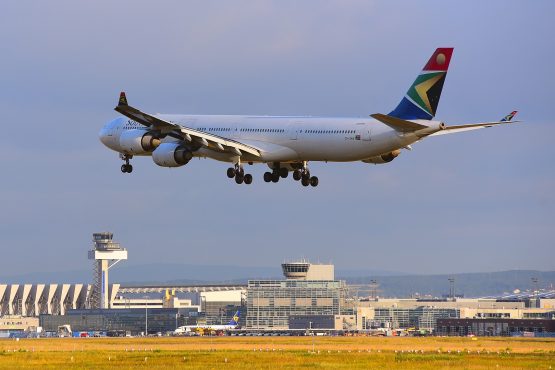 South African Airways may not be able to continue to operate as a going concern, while the struggling state-owned airline has failed to properly record financial information and the value of assets, according to the Auditor General.

SAA made a net loss of about R5.6 billion ($471 million) in the year through March 2017, according to a document signed by AG Kimi Makwetu. Liabilities exceeded assets by about R17.8 billion, it said.

“Six consecutive years of operating losses have further eroded the capital base and this continues to impact on the entity’s ability to operate in a highly demanding and competitive environment,” the AG said in the report, which was dated Dec. 8 and released Thursday.

A turnaround of SAA is among the most pressing items in the in-tray of South African President Cyril Ramaphosa, who has pledged to revive state companies after years of mismanagement and corruption allegations under Jacob Zuma eroded their balance sheets. Under new Chief Executive Officer Vuyani Jarana, the company is cutting routes and costs to reduce a dependency on government debt guarantees.

The airline is looking for an equity partner to provide cash to help turn it around. Former Finance Minister Malusi Gigaba said in November there had been interest in a deal, while SAA is also compiling a list of assets that could be sold.

The AG faced challenges in compiling the report as SAA didn’t keep a proper record of financial information or adequately value property, planes and other assets, he said.

SAA is sold off or shut down there will be one unfortunate consequence people often forget, it will allow other airlines to increase their prices.

Will respectfully differ on that one Hun.

Indirectly, your & my PAYE-tax contributions are paying then for OTHER people flying more regularly for ‘cheaper’. Why other competitor airlines (BA/Comair, Kulula) can run on a shoe-string and still show profit…despite competing with SAA’s (taxpayer subsidized) prices?

Since when has this ANC airline EVER been a going concern?
It’s bankrolled by taxpayers who are sick of ANC theft

The AG faced challenges in compiling the report as SAA didn’t keep a proper record of financial information or adequately value property, planes and other assets, he said. SAA spokesman Tlali Tlali said he’s unaware of the report…says it all.

Gordhan, as finance minister, approved guarantees when SAA didn’t even have audited FS to submit to Parliament!
Let Gordhan and Ramaphosa bankroll the R5bn, NOT us tax payers!

SAA will be fine! They have been operating as a non-going concern since the 90’s I can recall.

…because, us taxpayers are all “going concerns” as we continue to bail inefficiency out!

Give it away the only option………..if you can get a taker.

The value lost to be offest against the market value of the free land taken over by the expropriation without compensation criminals.

I would not invest one brass farthing in SAA what with :
probably the highest support staff / pilot ratio in the world
BBEEE and labour protection which forces the hiring of lazy incompetent staff and making it virtually impossible to fire.
management appointed by a crooked and useless government who follow the pattern of their bosses.

The culture of mediocrity/non-accountability/theft that taints all that the ANC touches is truly mind-boggling…just how does Cyril think he is going to change that deeply entrenched culture??

They will never turn this around… unless they cancel all international routes and turn it into a low-cost domestic carrier only. An airline for the people, by the people!

Why don’t they just scrap SAA if they are running at an infinite loss? We don’t need SAA if we have BA/Comair/Kulula for our domestic flights. Doesn’t make sense.Its not like we cant fly anymore without SAA!

Government can use that money for new developments and job creation.They can still keep some of their ground staff but stop all flights and sell the planes to BA/Comair/Kulula , who know how to run an airline at a profit.

Even then it’s beyond saving

For the price of bailing out SAA over the last year, the gov can buy 42000 hectares of farm land for “The People” in Kwazulu Natal.

So much of taxpayer money has been poured into this festering black hole that the company owes each of us a 1st class flight to anywhere in the world.

He has been to busy trying to fend off the Rogue Hawks trying to have him arrested……had to take his eye off the ball I reckon.

Don’t get me wrong; I have the greatest respect for Pravin Gordhan’s integrity and was as distressed as many others when the Hawks were going after him and Zuma fired him in that despicable manner.
It doesn’t change the fact though that he erred seriously in approving at least the one guarantee the time SAA had no audited financial statements to submit to Parliament! That fact stands and had NOTHING to do with being pursued by the Hawks!

You CANNOT bankroll something with no audited statements. It needs Business Rescue!
Serious error on Mr Gordhan’s part.

It will be interesting to see what he does now as minister of Public Enterprises in charge of SAA – there’s been NO reaction/media statements to this latest SAA schocker and journalists should contact him for a response.

He can change the SAA board, but that won’t help!

Typical “Robben Island Old Boys Club” mentality following through again, it has not changed since Mandela set the ball rolling!!! No consideration for the difference between the Minister’s level and area of expertise and that of the required level and expertise for that particular portfolio!!! And then it all just continues down the line from there, why wouldn’t it!!??

If Ramaphosa has any Management and Leadership ability it will be shown when he ventures outside of the ANC framework to appoint the correct people to do the job, this will be the confirmation needed to show that he is prepared to put the people first, particularly the taxpayer.

Otherwise I’m afraid to say, it’s more of the same old downward trend of rape and plunder of the taxpayer!!

As a customer flying between SA and Europe since 2004, I must say SAA is the most un-appealing airlines to take! Overpriced without a a compromise with less value for money than any other of their competitors! It was never a case of being SOE, it was just horrendous marketing, no clue of what customer wants – pay or bust – mentality.
The Flagship of the country should have been so much more than just being so full of itself!

Time to list SAA on the JSE and the government to give up 51% of its shares. SAA has all the potential to be profitable, and 49% shareholding of a profitable concern is infinitely more valuable than a bottomless pit where we throw good money after bad.