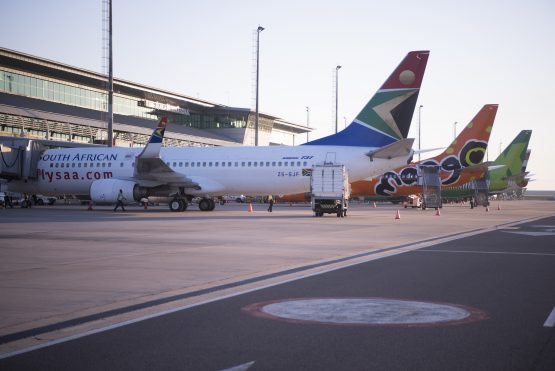 South African Airways is accelerating plans to reduce its wage bill and intends to implement deeper jobs cuts than previously announced, according to a labour-union official.

The state-owned carrier said in November it may fire about 944 workers in a bid to turn itself around after eight years of losses. The move, along with SAA’s refusal to accede to workers’ pay demands, sparked a week-long strike that led to flight cancellations, and the following month the carrier was placed into business rescue, a local form of bankruptcy protection.

Last month, the state-owned Development Bank of Southern Africa gave SAA a R3.5 billion funding lifeline to avert its total collapse. The carrier’s business-rescue team has since told unions that to secure the additional funding to keep operating, it has to fire more than 944 workers, said Phakamile Hlubi-Majola, a spokeswoman for the National Union of Metalworkers of South Africa.

“They want the process to be completed as quickly as possible,” she said by phone. “We don’t accept those terms. You are asking us to accept massive jobs losses without providing us with any detail.”

Numsa and the South African Cabin Crew Association, which together represent about 3 000 SAA workers, say SAA’s financial problems stem from its failure to manage its R25 billion procurement budget, rather than excessive wage costs. The unions have requested a meeting with SAA’s creditors so they can understand the rationale for their demands to cut jobs, Hlubi-Majola said.

Louise Brugman, a spokeswoman for Matuson & Associates, which is overseeing SAA’s business rescue, said a meeting with the unions was being scheduled for Thursday and that she couldn’t immediately comment further.

The plans to accelerate the job cuts were reported earlier Wednesday by Johannesburg’s Business Day newspaper.

Meanwhile, SAA execs are busy spilling the beans on how big the kickbacks were supposed to be to Zondo.

Unions were complicit in this mess. Sackcloth and ashes won’t help now.

Well it seems they are doing a sterling job with the “Developments” banks money.

The are developing NOTHING.

Not going to spend it on labour. (That’s good) they will rather steal it (and that’s not so good).

Unions don’t seem to get it: When entities are run into the ground workers lose their jobs.

It’s unfortunate but pretty clear that SAA is massively overstaffed as with the other SOE’s. Govs favour card for friends really.

Thanks for this remark enabling me to start the day with a good laugh.

…ditto on Incitatus liners and comments ….many a good laugh and smile