Triggered by an unfulfilled guarantee condition to the airline’s lenders.
By Tebogo Tshwane 23 Jul 2020  19:42 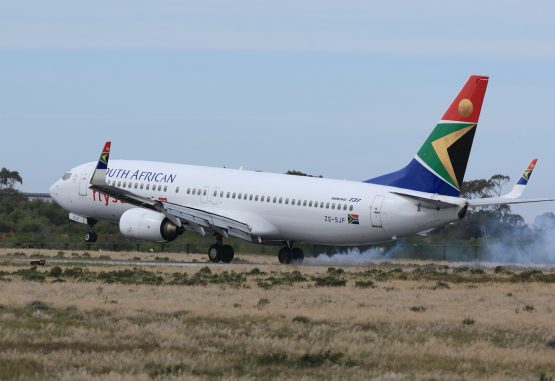 The practitioners tasked with rescuing South African Airways (SAA) have scheduled another meeting of creditors after the government failed to provide a “satisfactory” letter of confirmation regarding the loans provided by guaranteed lenders.

These lenders are owed R16.4 billion by government. This is money that was extended to SAA in the form of credit prior to the airline being placed under business rescue as well as the R5.5 billion that is needed for post-commencement funding (PCF).

In the February budget, Minister of Finance Tito Mboweni set aside the full amount to pay the guaranteed debt and interest.

In a notice to affected persons on Thursday, rescue practitioner Siviwe Dongwana said all the conditions that had to be met by July 22 in order for the plan to be fully adopted and implementable had been fulfilled, except for the condition related to a guarantee confirmation letter required by the lenders.

The government was provided with the letter to sign off.

The lenders include a number of South Africa’s private banks as well as the Development Bank of Southern Africa (DBSA).

“On 22 July 2020, the lenders expressed their dissatisfaction with the form of the letter and engagements began between the lenders, the company and government in relation to the final form of the letter,” said the BRPs, adding that the revised letter was then agreed on the same day.

However, the government has not yet provided the final letter to SAA and this has triggered a clause to convene a creditors’ meeting where an amendment to the rescue plan will be made.

The clause specifically states that the government should provide “confirmation satisfactory to the DBSA, PCF bank lenders and the pre-commencement lenders that the guarantees issued to them in respect of the pre-commencement claims and the PCF provided by them to the company shall continue in full force and effect until the lender claims are discharged in full”.

At the meeting, creditors will consider extending the deadline for the conditions precedent to be met by July 27, failing which the rescue plan will be considered “unimplementable”, necessitating a follow-up meeting of creditors on July 30 for further amendments.

Should amendments not be made at the July 30 meeting, the rescue practitioners will discharge the rescue process.

The BRPs said they are hopeful they will receive the signed guarantee confirmation letter prior to the meeting scheduled for July 24.

So, there is a glimmer of hope that SAA can still fail if the government do not provide the guarantees?

When Tito played the race card (what a pity, I did not expect it from him) on the DA’s Hill-Lewis, it was suspected that the letter he and Pravin signed, was worthless. This is now confirmed. What is more concerning, is that they are playing games with the livelihoods of thousands of people for no other reason than their own political benefit. The pain of this uncertainty, the false hope and fooling around with their livelihoods, must be hell for the SAA employees. I hope the ANC will feel the pain of their reckless behaviour at the next elections.

Maybe playing for time looking for a mystical investor.

Surely a business rescue practitioner must assess the reasonability / strength of an undertaking by a shareholder to support the business? Government has no clear source of funds for SAA.

Les Matuson made a fool of himself to even give Pravin Gordhan an audience in this whole fiasco.
The whole business rescue process is a farce.

How about the IMF money that’s already been approved..?

I regard the restructure of SAA as the ultimate insult to the people of South Africa. It is the equivalent of ZANU PF arrogance. Clearly Black Lives do not matter.