Regional airline SA Airlink has approached the courts to interdict a vote on the final plan. Labour intends to do the same.
By Tebogo Tshwane 22 Jun 2020  08:50 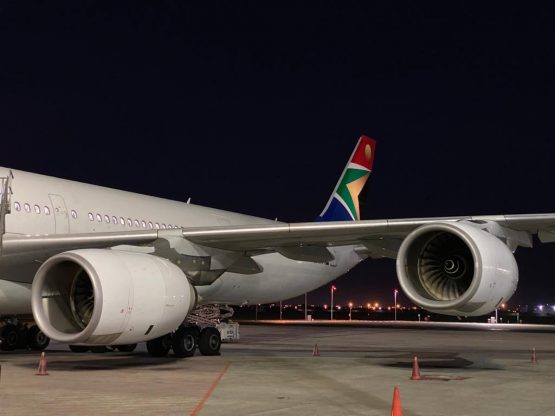 A vote to accept or reject South African Airways’s (SAA) rescue plan is due to take place on Thursday, but not without hurdles.

Competitor SA Airlink has approached the court for an urgent interdict of the creditors meeting pending the completion of a separate application to place SAA under provisional liquidation saying the airline’s rescue has no reasonable prospects of success.

This was revealed by the Department of Public Enterprises (DPE) on Monday which said while it was not cited as a respondent in SA Airlink’s papers it would oppose the application as the shareholder representative.

Business rescue practitioners Les Matuson and Siviwe Dongwana said they would oppose the application as well.

The money comes from ticket sales that were conducted on behalf of SA Airlink by SAA, now the R500 million debt has been treated as pre-commencement debt in the final rescue plan.

The proposed hearing date is June 24.

SAA’s BRPs released the airline’s final rescue plan last week. The plan requires the government to commit to raising R10.3 billion in new money towards the establishment of a new airline. This is in addition to the R16.4 billion that the government has already set aside to pay off guaranteed debt and interest in the current airline.

It has taken the BRPs six months to develop this rescue plan after delays in funding, Covid-19 and wrangling with the government and labour contributed to delays which resulted in the BRPs receiving five extensions on its deadline.

The DPE said it was also aware of the National Union of Metalworkers of South Africa (Numsa) and the South African Airways Cabin Crew Association (Sacca) plans to interdict the creditor’s meeting through the courts. It also intends to oppose this.

“As we approach the final week to either endorse or reject the business rescue plan it is disturbing that a competitor of SAA, which is 100% privately-owned, as well as two labour unions, who should be acting in the best interest of their members, are seeking to destroy SAA by forcing a liquidation through the courts,” said the department.

“The question is why? Is this really in the interest of SAA workers or the fiscus?”

The creditors meeting is due to take place a day after Finance Minister Tito Mboweni delivers his supplementary budget on June 24.

Government funds are already strained due to the demands brought on by the Covid-19 pandemic that led to the government responding with a R500 billion economic and social support package, of which R130 billion will have to be funded through reallocations from the current fiscal framework.

“The government is committed to supporting a competitive, viable and sustainable national airline and wishes to engage constructively towards the national interest objective of such an airline in a constrained fiscal environment, taking into account the impact of the Covid-19 pandemic on this situation,” the department stated.

Thank goodness. Government’s pie in the sky will come crashing down to earth before it starts to burn money

Agree it will never fly, unions will put paid to that.

Just like the taxi strike, the moment gov opens more of the economy to struggle from its knees, the more another faction sabotages it.

Example. A hairdresser opens today, takes bookings to get things going again and no hair washers or hairdressers come to work, no fault of theirs just a small factor of the taxis strike. As minister crushed nuts said lets not wage war now.

I have a better idea. Let’s ask the good old taxpayers what they want since they are the last stop for the proverbial buck! Then let the thieving bright sparks who pass for decision-makers at SAA pay back the money, from whatever personal resources they have, stolen from SA Airlink.

Great Idea : If the 8% of the population who pay Tax were the only voters , we would a Flourishing Economy :

Yep, last year I saw a comment from SARS that ‘fewer than 3 million South Africans pay 95% of all taxes.’ The govt (and the Commie Party + trade unions) need to catch a wake-up. This tiny minority is the Golden Goose. Piss these guys off (or cause them to emigrate) and – BOOM! – no fat govt salaries, no free healthcare, no free education, no money. Let that sink in.

Reality has been totally suspended by our Polit – impersonators. Smoke and mirror actions as long as the looting and wasting of tax payers money can continue.

Excellent SA Airlink! At long last some sanity!
This is the only way Gordhan and the BRPs can be forced to spell out precisely what sort of numbers they think they’re going to need and for what period to prolong their “new SAA” pipe dreams.
And where does this leave Mboweni’s emergency budget allocations on Wednesday? How much extra will now be needed to pay this latest court process in which the DPE and BRPs will, against all odds, oppose the application?
Hope the court makes a cost order AGAINST them for their foolishness.
SA Airlink and other private airlines should take the BRPs and DPE to court for trying to give Mango an unfair advantage over private competitors in the market; they should apply that Mango is placed in business rescue for the way the airline stands to receive tax payers’ money – millions or billions – in terms of the plan.

S.A.A. is just a just like a parasite on the taxpayers of this country.
Exterminate it once and for all

We don’t fly SAA or Mango – not even if tickets are cheap! We say NO to unethical business practices (such as leaving unsecured creditors out in the cold and throwing government-owned Mango a cool R1bn lifeline at the expense of privately-owned airlines in distress!)