SAA to be placed under voluntary business rescue 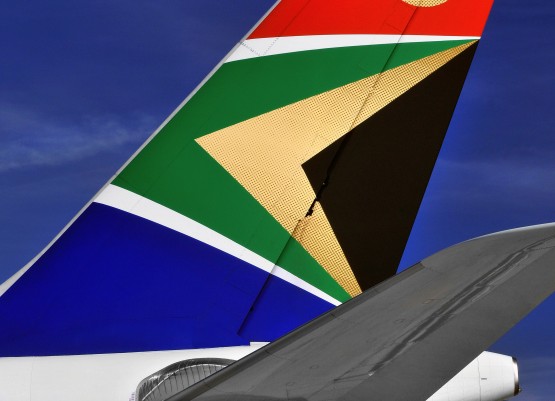 SAA has received R57bn in government bailouts in the past 20 years. Image: Supplied

Struggling state-owned airline SAA will be placed under voluntary business rescue according to a leaked memo to the executive on Wednesday.

The letter, drafted by secretary of the cabinet Cassius Lubisi, informs cabinet ministers and deputy ministers that the airline would have to “urgently” go into voluntary business rescue “to avoid an uncontrollable implosion of the airline”.

The letter comes as a directive from President Cyril Ramaphosa who said it was the only viable solution to the “dire situation” the airline finds itself in.

“The voluntary business rescue will also prevent liquidation applications by any of SAA’s creditors, which would land the airline in an even worse position,” said Lubisi.

The update comes after a wage strike by the South African Cabin Crew Association and the National Union of Metalworkers of South Africa last month which saw the cancellation of flights.

In a statement released on Sunday, Minister of Public Enterprises Pravin Gordhan said the strike had damaged the airline’s reputation and that it would need to go through “radical restructuring” to ensure its operational sustainability.

SAA has received R57 billion in bailouts since 1999 and has currently experienced difficulties in milking more money from Treasury and lenders as it struggles to cover its costs.

Read: It’s probably too late to save SAA

Business rescue means that the ANC lose control of the airline and the tough business decisions that they couldn’t make will now be taken by a third party.

Pretty much where we will be with the country if the IMF ever get involved in SA. The needed structural reforms will be made by outsiders.

Maybe this is the plan all along.

The danger of the Solidarity application was that a court might well have found SAA couldn’t be rescued, and declared it insolvent.

The government was backed into a corner and had no option but to deal. Looks like the Solidarity approach might be a good strategy to force government’s hand on the other SOEs which are trading under insolvent conditions. SANRAL, for instance, is only retaining technical solvency via a trick involving asset valuations, which last year rose by more than SANRAL’s entire turnover. (As if one could sell the N1 at auction). A court might take a dim view of that…

Rob, you are right. That is why the R4 billion injection is necessary.

The reality of losing other SOEs this way might also be an incentive for these money guzzlers to do their jobs properly – or am I too optimistic?

Just heard on the news there is another R2 billion on its way to SAA.

Before everyone starts buying Rands, please remember our debt is still + R1 trillion and growing, while the economy is not.

at last they acknowledge they can’t govern….I don’t think they will ever go to the IMF, cause it means these structural reforms will be made by outsiders…aka colonialists?

I would take so much joy in that if I were you.

You go Sparky…… couldn’t have said it better.

I “told you (SA) so” in 2007 when Zuma grabbed power at the Polokwane ANC conference. Look at SA now 12 years later.

Wonder how happy the unions feel now about that maybe 8% increase ….

yes, they demanded. They also promised to shut SAA down, which they also did.
Well, now go demand a job from the unions now. Best news this month !!!

A Pyrrhic victory if ever there was one. Especially if the business rescue practitioner decides to slash headcount by some arbitrary percentage.

I’m worried how the unions will react….total chaos and anarchy to follow?

It might very well be too late. SAA is too deep into debt.
Too little too late?

In the very beginning there should have been an investigation into everyone who held a fiduciary responsibility in terms of the co act, moi, and applicable statutes. How was this step bypassed, by whom and for what purpose?? What did the state audit reports suggest. Who all is complicit ???

Who is all complicit you ask.

Well, the BIG Z has a lot to answer to (but Mr “nothing sticks” keeps on avoiding his day in court).

(Am not referring to the “Z” in some BMW or Nissan sport-car models 😉 Unless if its parked in a Nkandla garage.)

This is cause for CELEBRATION!

Today we celebrate the culmination of two decades of achievements in the name of Transformation.

(The ANC and a modern, western economy is mutually exclusive. ONLY ONE can survive in the end….indications are that the ANC will survive.)

Unfortunately I will not be joining you in celebration this time around as I don’t see reason to celebrate that Pravin “The CEO of SOE’s” Gordhan is getting R2’401’633.00 per year for being utterly useless.

Just let that sink in a little, Cyril’s ministers are getting R200’136 as a monthly remuneration. Must be nice, getting paid that much to lie and be useless.

Phase : 1
The time has come for the ruling party to ignore sentiment and listen to the voice of the Taxpayers .
The time has come for Mr Gordon to take a stand against the non-paying trade unions ..stand up ..be Mrs Thatcher .She had “balls ”
The time has come for all to stop funding the black hole .
Liquidate SAA ! Like it was when ACSA and SAA closed 1 Time ( shame on you )
Phase 2 :
Collaborate with remainder of airlines to prevent a rip off using the current state of affairs . Like SAA did last week .. used Airlink to do a return flight from George to Cape Town at R4300 a ticket . ( Mango Jhb to Cape Town return R2200)

So glad some else has noticed that it was SAA that closed 1 Time.

They tried via the SACAA to close Cemair. They were grounded for no reason for 9 months.

Socialist PG must go…he did nothing but pleased the unions….and when SAA is finaly closed after this process he will claim that it was the private sector and not government.

..be Mrs Thatcher .She had “balls ”. which were soooo big and the reason she never wore short skirts!

Tragic that a once well run and respected airline that made profits all along can be destroyed by morons with yellow t shirts that cannot run a bath without a problem!!!!

casper1 . You have said it exactly like it is. My version would have included a few 4 letter words and would have been censored or deleted. Well said casper1.

The state will guarantee R2 billion, pay SAA another 2 billion as part of the business rescue plan.

Sars recorded a shortfall of billions. The tax payer can no longer finance the theft and corruption.

Eskom, Prasa, Denel and RAF are bankrupt – and then they tell us they can manage our health insurance?

And then they have the balls to challenge and threaten the private mobile companies to lower their data prices.

There is however no evidence of any campaigning to lower ESKOMS electricity rates, SAA to lower the flight rates, PRASA to lower their commuter rates or the RAF to manage their finances responsibly.

I can’t see the unions taking this “lying down”. I suspect that next we shall hear about the “mother of all strikes” in the aviation industry. Also, SAPS better be instructed to patrol the airports to prevent “burning and looting”.
Remember, the unions control the economy and make all the policy decisions, not the government. Did CR consult the unions first?

Lekker man.This should have happened before the first bailout!

And should’ve been closed or sold.

Don’t panic – this is NOT another bailout! Trust them when they say that; it’s government after all. They have a spotless reputation and would never lie…

The lesson here why SAA (not SAL) failed is:-
a) BBBEE.
a) Transformation polices from a corrupt government.
c) Union demands.
Do you think the other SOE’s will learn from this??
Not a chance, the ANC government will let them all fail.

About effing time! (In fact a decade or so late). Now to see who the selected Business Rescue Practitioner is to be – expect fun and games around this, and delay upon delay upon delay.

Really funny to see the expression ‘voluntary business rescue’. Circumstances rather indicate a forced process and pity the creditors because all potential lawsuits from them are now suspended.

Disgrace,the way the board never issued statements to Parliament to hide the bankruptcy – more aggravation in Gordhan’s misleadingly statement in which he tries to create the impression he is in control – business rescue simply does NOT work that way!
Get your facts right, minister!

Sell it to Branson or China

Cause China is going to save us with their thousand years of communism, right?!

So SAA goes into “business rescue” … who will the “rescuer” be?

It’s doubtful that SA has the politically unconnected talent to manage this.

I think we should be told …