Sanral says it has not yet agreed to a test case over e-tolls. Nonsense, go check with your lawyers, says Outa
By Ciaran Ryan 9 Sep 2016  12:34 One thing is for sure: the e-tolls saga is wending its way to court. But when and how this will happen remains a moot point, as the war of words between SA National Roads Agency (Sanral) and its nemesis, the Organisation Undoing Tax Abuse (Outa), ratcheted up a couple of notches this week.

Sanral has disputed claims by Outa that their respective lawyers have agreed to have thousands of cases combined into a test case. This would certainly make sense, as the legal points are substantially the same in each case. To prosecute thousands of cases individually would potentially cripple the justice system.

Outa has been contesting the legality of e-tolls for several years and is largely responsible for the high level of delinquency over e-tolls.

This week Sanral accused Outa of engaging in a fund-raising drive, after it issued a statement claiming that both sides’ lawyers had agreed provisionally to immunise current and future Outa members from legal claims by Sanral for non-payment of e-tolls.

According to Sanral spokesperson, Vusi Mona: “Whilst the legal teams from the agency and Outa are in discussions about a test case and Sanral has indicated that they agree in principle to such a process, … an agreement can only be reached once Outa sets out its legal defences which it intends to raise in a collateral review.  This will only occur once Outa has pleaded to one of the matters, which it has not yet done.”

Outa chairman Wayne Duvenage replies: “There is no confusion here and if Vusi Mona denies this, he needs to get the facts from Werksmans who are representing them on this matter. The fact is that Sanral’s legal team has agreed with Outa’s lawyers to a test case process. Sanral do not know who Outa’s members are, so the process agreed to is that as and when an Outa member is summonsed by Sanral, the Outa member will notify us of their summons receipt and our lawyers in turn will notify Sanral’s lawyers. We receive queries and questions on a daily basis from the public and the media on the e-toll matter. Thus we felt it necessary to reveal this recent development to the media on this very important public interest matter.”

Sanral accused Outa of bad faith, by putting out a press statement while “without prejudice” negotiations between the respective lawyers were underway. It also questioned Outa’s ability to provide “umbrella cover” to its present and future members for legal defence. “If (Outa’s) funds are depleted after the first few cases, will they provide no assistance to the other contributing members?” asks Mona. And if Outa loses the legal case, Mona asks whether it intends to repay members or assist them in paying their fines.

Duvenage replies: “At this stage of the legal process, Outa and Sanral’s respective legal teams are thrashing out the details and information required in Sanral’s declarations, in order to ensure this case can begin. Once we have agreed to these matters, which in itself may become a legal case within a case, only then can we move on to the next stage, which will see the development of the pleas and affidavits that will eventually be heard in court. Unfortunately, these matters take a while to go through the normal court process and it is not our desire or strategy to drag this matter out. This is unfortunately the grind of the legal process in SA.

Mona again: “It appears from Outa’s (press) statement that they may not necessarily be interested in expediting the matter. From a revenue perspective, it will mean ongoing annuity payments from members for as long as the matter is running.  Furthermore, Outa requires its members to indemnify them from the probability that they might be unsuccessful in their legal challenge, in which case their members will still be liable for the summoned values. This is clear for anyone to see if you read the fine print on the terms and conditions of their website.

Duvenage replies: “We find it amusing that Vusi Mona describes our statement as a membership drive exercise. Our membership base, which consists of tens of thousands of individuals, families and businesses, is growing every day, as is our litigation war chest, which has sufficient funds and projections to see the e-toll case through the end.  Our members are happy to support us, and many do so, not only for the benefit of being defended on the e-toll matter, but also for the work we are doing to challenge corruption and maladministration within other State-owned entities.”

“The fact that Sanral continues to persecute the public on the e-toll matter and do not take our advice to pull the plug on the scheme, or at least halt all summonses to the public until the test case has been resolved, is without doubt one of the reasons that Outa’s membership continues to grow,” says Duvenage. “In fact, if we were an organisation with sales representatives working to drive membership growth, we would nominate Vusi Mona as our sales rep of the year.”

Go for it Wayne – we support you 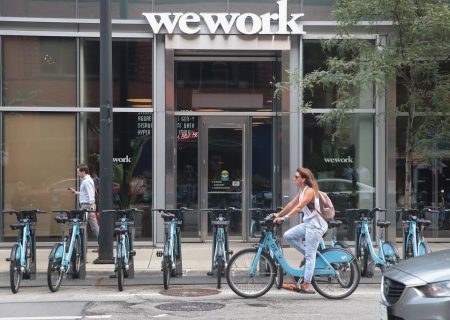