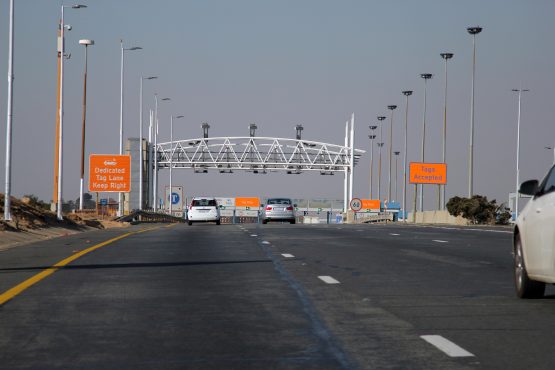 Gauteng motorists and Sanral are still waiting for a long-promised cabinet decision on the future of e-tolls. Image: Moneyweb

E-tolls on the Gauteng Freeway Improvement Project (GFIP) appear set to be part of the lives of motorists for another year – unless the government finally takes a decision to scrap the controversial scheme.

This follows SA National Roads Agency (Sanral) engineering executive Louw Kannemeyer confirming to Moneyweb on Tuesday that the contract awarded to Electronic Toll Collections (ETC) for the management and collection of e-tolls has been extended by a further year until December 2, 2021.

“This will bring the contract to the maximum eight-year period, as was allowed for in the original contract, or shorter if the new contractor is appointed before the end of the maximum period allowed,” he said.

Kannemeyer added that ETC’s original approved contract value has not increased due to the extension because the original contract did make provision for a two-year contract extension.

However, Sanral’s comments are at odds with the views of the Organisation Undoing Tax Abuse (Outa).

Outa executive director Advocate Stefanie Fick said on Tuesday that Sanral is legally obliged to halt its contract with ETC for the management of e-tolls today (December 2, 2020).

Fick said Sanral’s e-toll collection contract that was awarded to ETC in 2013 was supposed to end on December 2, 2018 but was extended to December 2020.

Outa CEO Wayne Duvenage stressed that the contract only allowed for a two-year extension and is puzzled as to where Sanral has found “the extra year”.

Fick added that the extended contract cannot legally be extended again after the two single-year extensions to the contract since December 2018.

“This means that Sanral should in law be unable to collect e-tolls until a legal fight over the tender process for a new contract is finalised,” she said.

Kannemeyer’s reference to “the new contractor” and Outa’s comments about a legal fight over the tender process relate to Sanral reissuing the tender for the continued management of e-tolls, which it cancelled in March 2020.

Moneyweb reported in September that Kusa Kokutsha, whose bid for the cancelled Sanral tender for the continued management of e-tolls was R4.5 billion cheaper than the second bidder, had lodged a high court application to review the cancellation of the tender.

The company is seeking the substitution of the tender cancellation decision with an order directing Sanral to award the tender to Kusa Kokutsha.

Claassen added that in the face of the interdict proceedings, Sanral gave a written undertaking to Kusa Kokutsha on August 11 not to determine the reissued tender until after judgment has been given in the review proceedings.

Outa previously highlighted that Kusa Kokutsha is largely the current ETC joint venture consortium in another guise and was registered as a business only after the tender was first advertised.

Kannemeyer confirmed on Tuesday that the matter was heard last month but the reissued tender “cannot be processed at this moment in time as Sanral awaits the outcome of the litigation process”.

“There has been no ruling yet,” he said.

Outa said the Pretoria High Court in August dismissed Kusa Kokutsha’s application for an urgent interim interdict to stop the award of the reissued tender, adding that the court heard that Sanral had been due to award the new e-toll contract on December 2 but undertook not to award it pending the outcome of the review application.

Kannemeyer said Sanral has also not been informed of any decision by the government on the future of e-tolls.

“A decision on the future of e-tolls will be communicated by cabinet,” he said.

Duvenage said this entire e-toll debacle has been an embarrassment for Sanral since its inception over a decade ago.

“To date no one has been held accountable for obvious corruption and gross waste of money that has unfolded throughout this saga,” Duvenage said.

Duvenage said Gauteng motorists and Sanral are still waiting for a long-promised cabinet decision on the future of e-tolls.

Read: Government is currently deliberating the future of e-tolls

He said President Cyril Ramaphosa in July 2019 instructed Transport Minister Fikile Mbalula, Finance Minister Tito Mboweni and Gauteng Premier David Makhura to resolve the e-toll impasse to allow cabinet to make a decision on funding the Gauteng freeways but a decision has never been announced.

And as per usual in this country, no one is held accountable for the mess.

This is one of the things that upset me about the government: everything important to be done / that should have been done a decade or 2 ago is left for somewhere in future – every conversation with government employees refers to somewhere in the unknown future – there is no time frame for any work in progress (if it can be called “progress” at all)- that is one of reasons why the government can not cope with their promises & responsibilities. everywhere where the government is involved in, the results are disappointing from education, sanral, eskom, municipalities, saa, praasa, sap, medical, hospitals, sport and any soe inbetween – the results are all the same – messed up entities that were in the past fully functional.

question was always: why pay toll whilst every liter fuel bought is tax loaded for road maintenance and expansion?? what happens to that money or is it diverted to other non-related expenses like the enormous government employees salary expense?? just asking

No one is hiding the fact that the fuel levy for road maintenance and even license disk fees go into a big pool that is then used to fund government expenditure.

Even SANRAL prefer the etoll model since then they will actually get what is due to them – since the government also do not pay them an adequate amount from the fuel levies to maintain our roads.

Since you asked, the days of the fuel levy being ring-fenced for roads ended about three decades ago. Since then, they’ve gone into the pot that funds everything from education to the Guptas’ retirement in Dubai.

If they used up the provision of 2-years extensions then any further extension should be halted – this is wasteful expenditure + there is literally no budget for it. Urgent interdicts might come in handy.

E-tolling was originally launched by companies since PROVEN overseas to have paid massive bribes. It was foisted on us under the guise of supporting the Soccer World Cup and with minimal public consultation. Currently, some 80% of Gauteng motorists using e-tolled roads do NOT pay e-tolls. And the courts obviously couldn’t handle prosecuting hundreds of thousands of ‘offenders’. So the govt doesn’t know what to do with it. The scheme is doomed.

French champagne corks a popping in a few ANC cadre households I reckon.

No accountability, no transparency, no consequence management, no ability, no growth.

Illegal?….. a concept lost on the anc!