Done on the basis of a previously approved National Treasury extension, it says.
By Roy Cokayne 6 Dec 2019  00:12 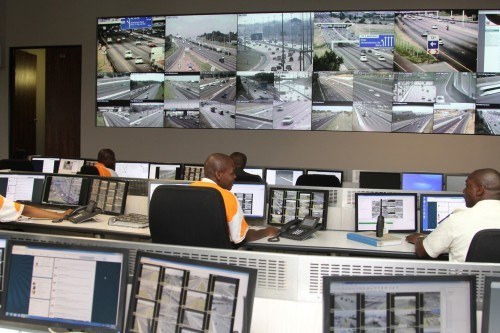 The decision allows more time for the three tenders to be considered. Image: Moneyweb

Electronic Tolling Company (ETC) has had its e-toll management contract for the Gauteng Freeway Improvement Project (GFIP) extended by the SA National Road Agency (Sanral) for a further three months.

Vusi Mona, a spokesperson for Sanral, confirmed this on Thursday, adding that the extension was being done on the basis of a previously approved 12-month extension, as approved by National Treasury and the Sanral board in 2017.

Mona said the extension followed a resolution by Sanral’s board at a special board meeting on November 29 to extend the operations and maintenance contract for the GFIP.

He said Sanral’s board decided that all parties concerned needed more time to consider the tender and make the right decision.

Moneyweb reported last month that Sanral is evaluating tenders it received for the continued management of e-tolls after the existing contract with ETC expires.

The contract with ETC expired on Monday.

“The board directed Sanral’s management to inform ETC about its decision and the latter agreed to the extension after consulting its shareholders,” Mona said.

President Cyril Ramaphosa appointed Transport Minister Fikile Mbalula to head a task team to consider the options for e-tolls and report back to him by the end of August.

This was prompted by strong opposition to e-tolls and the extremely low e-toll payment rate by motorists, which has been estimated at below 30%.

This deadline for Mbalula to report back to Ramaphosa was subsequently extended and a decision of the future of e-tolls is expected to be taken by Cabinet before the end of this year.

Wayne Duvenage, the chief executive of the Organisation Undoing Tax Abuse (Outa), said it is prudent under the circumstances for Sanral to not enter into another long-term contract for the management of e-tolls until there is finality on the future of the scheme.

“It makes sense to extend by three months rather than another year. Hopefully, the government makes the decision in the next three months.

“It’s sad that government still hasn’t taken a decision and you have to get into these three-month extensions. They have taken far too long to make a decision. It’s hard for ETC and big business to plan on this basis,” he said.

Outa said they are Phambili joint venture with a bid of R11.399 billion, Kusa Kokutsha (R7.548 billion) and SAeTO, which did not list a bid amount.

Douglas Davey, who chairs the board of ETC, confirmed last week that ETC did not submit a bid for the tender because it is a special purpose vehicle and was therefore established only to manage and operate the Gauteng tolling system.

However, Davey said a company that did submit a bid was Kusa Kokutsha, in which SA-based TMT Services and Supplies has a 44% shareholding and Kapsch TrafficCom AG a 5% stake.

The majority shareholder in Kusa Kokutsha is a staff trust, with a 51% stake in the company.

Duvenage said Kusa Kokutsha appears to have been set up specifically to bid for the Sanral contract because the company was only registered as a business on August 26.

Do we still have an effective functioning government? Ramaphosa has a small window of opportunity to reveal this teeth and abilities. If he does not jump in now and fulfil his original promises, then he may be swallowed alive by some hungry comrades who are just waiting to pounce. Then we will have another useless President just like Zuma. So Cyril, you pounced on SAA and this is your chance to pounce on Sanral who is also draining funds from the pot.

Have a look at Page 57 of Part 2 of SANRAL’s Integrated Report for 2019. Pay close attention to the revenue line versus the gains in valuations.

SANRAL is applying absurd revaluations of its road network. In 2018, these exceeded its annual turnover! If one removed them, SANRAL would be hopelessly insolvent.

The road network is in any event de facto unsaleable, and treating it otherwise is another species of the same fiction which classified unpaid e-toll revenue as recoverable long after it was evident it was not, and when it had, in any event, prescribed.

Kapsch has announced it is “best bidder” for a EMEA (Europe, Middle East, Africa) 6 year tolling project which should exceed 400 Million Euros (OR above R6.5bn at current exchange rates). Sound familair.
In addition doesn’t Kapch own TMT and ETC in any event? Sounds like locals being part of the bid is just a temporary situation again.