Likely to maintain its accommodative monetary policy stance to support the economy for as long as it has room to do so.
By Prinesha Naidoo and Dani Burger, Bloomberg 15 Apr 2021  15:52 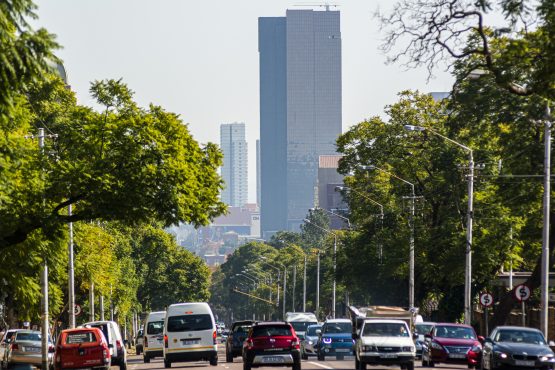 South Africa’s central bank is likely to maintain its accommodative monetary policy stance to support the economy for as long as it has room to do so, according to Governor Lesetja Kganyago.

“As long as inflation is remaining contained, the central bank would have no reason to remove the accommodation that we are currently providing,” Kganyago said Thursday in an interview with Bloomberg TV.

The monetary policy committee has cut the benchmark interest rate by three percentage points since the start of 2020, of which 275 basis points of easing was in response to the impact of Covid-19 on the economy. That’s taken the rate to a record-low 3.5%. Last month’s decision was the first time since the 2020 rate cuts in which no member voted for a reduction and expectations have now shifted to when the first hike will come.

While the implied policy rate of the central bank’s quarterly projection model, which the MPC uses as a guide, indicates two rate increases this year of 25 basis points each — next month and in the fourth quarter — policy makers see risks to the inflation outlook as balanced and feel that they can continue to offer support to the economy, Kganyago said.

The central bank will tolerate a benchmark interest rate that is currently below neutral, and negative in real terms on a forward-looking basis as long as inflation remains well contained, he said.

Consumer-price growth is forecast to temporarily breach the midpoint of its 3%-6% target range in the second quarter of this year. It’ll average 4.5%, the point at which the MPC prefers to anchor inflation expectations, in 2023, according to central bank forecasts.

Inflation expectations that have now dipped below 4.5% are, in addition to the virus shock, “reflective of the confidence that price setters have in the central bank to contain inflation,” the governor said. “There is no virtue in higher inflation, and to the extent that the expectation of the market and the price setters is that inflation will remain below 4.5%, it is positive for the ability of the central bank to continue with the accommodation that we have in place.”

Investors have pared bets on higher interest rates this year since a more-dovish-than-expected statement after the March meeting. Two-month forward rate agreements are pricing in a less than 20% chance of an increase in May. The eight-month rate dropped 7 basis points by 4:25 pm in Johannesburg on Thursday and is now pricing in just one 25 basis point rate increase by year-end.

While the annual rate of increase in consumer prices fell to a 16-year low in 2020, the country remained a high-inflation economy and at 3.3% South Africa ranked 88th out of 154 countries, the central bank said Wednesday in its six-monthly Monetary Policy Review.

Even though the bank has made significant progress in dealing with inflation, and has narrowed the differential between South Africa and its peers, there is still more that can be done, Kganyago said.

The MPC sees Africa’s most-industrialised economy rebounding 3.8% in 2021, after contracting the most in a century last year because of the virus and restrictions to curb its spread.

Domestically, the risk of a third wave of Covid-19 infections and slow rollout of vaccines that would lead to a reintroduction of stricter lockdown measures and ongoing electricity supply constraints could weigh on the recovery. Output is only expected to return to pre-virus levels in the first quarter of 2023.

South Africa must accelerate reforms to address structural constraints that saw the economy enter the pandemic stuck in its longest downward cycle since World War II to boost the recovery, Kganyago said.

“This is not the time to take off our guard, it is time that South Africa continues to implement those structural reforms,” he said.