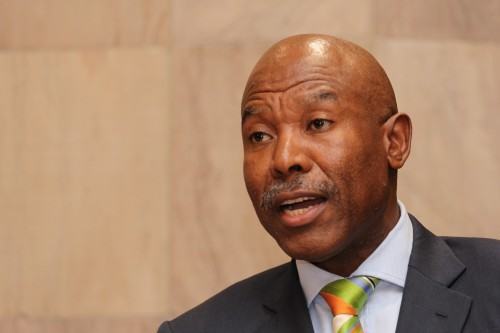 South Africa‘s central bank kept its benchmark repo rate unchanged at 6.75% on Thursday in a unanimous decision, saying the risks to the inflation outlook were “more or less evenly balanced”.

The bank said at its last meeting in January that the risks to inflation, one of the main indicators it targets, were moderately on the upside.

The change in rhetoric reflects modest price increases in the past two months, of around 4%. That is well within the South African Reserve Bank’s 3% to 6% target range.

All economists surveyed by Reuters predicted the repo rate would remain on hold on Thursday.

Reserve Bank Governor Lesetja Kganyago said risks to economic growth continued to be on the downside.

Economic output in Africa‘s most industrialised economy expanded just 0.8% last year, well below the level hoped for by President Cyril Ramaphosa, who is trying to revive investor interest in South Africa after a decade of slow growth.

The Reserve Bank on Thursday cut its growth forecast for 2019 to 1.3% from a 1.7% prediction in January. It kept its 4.8% inflation forecast for this year intact.

I wonder how long the rate will remain unchanged… probably will increase in Q3/4 when the effects of fuel and electricity price increases fan CPI? Anyone have an idea/theory?

Unfortunately, I think they are doing the right thing. There is a lot of risk to rising inflation for the coming year and remaining pat for now gives them sufficient buffer that they wont have to sharply hike later. Hopefully.

We do need lower rates but things are just too unstable right now.
But monetary theory and what goes on in bankers heads is a mystery to me so take my opinion with lots of skepticism.