Sarb sees GDP shrinking up to 4% 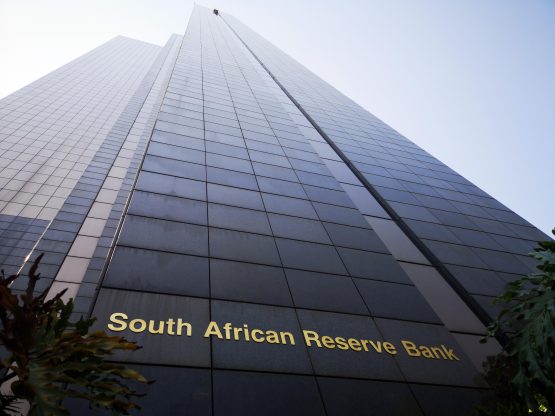 South Africa’s central bank slashed its growth forecasts on Monday, predicting the economy could shrink by as much as 4% in 2020 due to the novel coronavirus, which has forced a national lockdown and triggered two credit ratings downgrades.

The bank also said growth was unlikely to exceed 1% in 2021, job losses this year could reach 370 000, and business insolvencies would likely increase by 1 600. While painting a grim outlook, it dampened expectations of the kind of radical stimulus measures Western countries have adopted to tackle it.

Africa’s most advanced economy was already on the ropes when pandemic hit local shores, recording its second recession in two years in the final quarter of 2019, with data from 2020 already showing slack industrial and financial activity.

“Updated estimates show the economy contracting by around 2% to 4% in 2020, although these projections are tentative,” the South African Reserve Bank (SARB) said in its bi-annual Monetary Policy Review.

“There is limited scope for a rebound,” the bank said, adding there were downside risks to the dire forecasts should the lockdown be extended, or if the global economy weakened more than expected.

In a teleconference the bank said average growth in past decade was at its weakest since at least the 1980s, due to electricity shortages and the slow pace of structural reforms, while the rising risk premium was keeping the bank from deeper lending cuts.

On Friday ratings agency Fitch cut the country’s credit rating deeper into sub-investment territory, forecasting a 3.8% contraction to the economy in 2020. The week before, Moody’s also cut the rating to junk.

In response the rand hit an all-time low while bond yields spiked, fuelling fears of a financial and fiscal crisis.

In March the bank launched a bond-buying programme to plug a liquidity drought in credit markets and, before that, cut lending rates by 100 basis points.

On Monday the Governor Lesetja Kganyago said he was pleased with the impact of the liquidity measures.

However, calls for the bank and the National Treasury do more to support the economy have grown louder, especially with unemployment already at 30%.

Kganyago ruled out switching to monthly monetary policy meetings or tapping the Federal Reserve for funds through its recently offered fx swap line. “We have not considered moving to a monthly meeting. We will however continue watch the data, and if the data is such that we have to meet earlier, there’s nothing stopping us,” said Kganyago.

According the bank’s calculations, last month’s 100 basis point cut to lending rates had put R32 billion ($1.7 billion) back into the economy.

Yeah I wonder what they’re smoking

The chances that this benevolent government will relinquish their emergency powers within the next six months are close to zero.

Either prepare to survive in the black market or prepare your demise.

The only good thing to come from all this is that insane policies like EWC, NHI, continued support for dead in the water SOE, etc must surely be shelved.

We need to sell many state assets ranging from whatever one can get from SAA Denel etc to thousands of properties located inside Transnet and other SOE.

We MUST reduce debt.

More difficult will be cutting the wage bill, but no less necessary

Coronavirus starting to rival the ANC Government in terms of economic destruction.

The Unions make Coronavirus look Mild :they are utterly destructive

…and I see the size of the Govt service INCREASING by 4%!