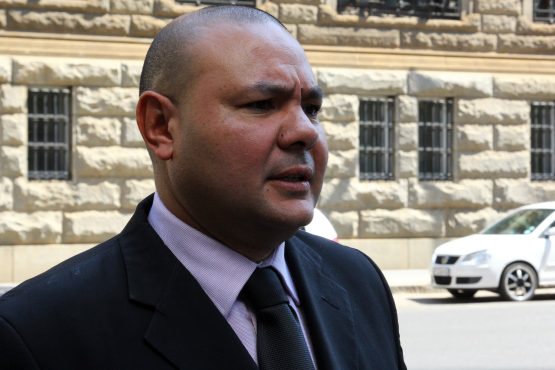 Adv Wisani Sibuyi, representing the South African Revenue Service (Sars) on Monday, likened changes to the functioning of the Sars media team in 2015 to “appointing another cleaner”.

Sibuyi was busy cross-examining former Sars spokesperson Adrian Lackay during an arbitration hearing at the Commission for Conciliation, Mediation and Arbitration (CCMA).

Lackay is accusing Sars of constructive dismissal. He resigned during February 2015 from his position, just five months after the appointment of Sars commissioner Tom Moyane. Lackay earlier testified that he was sidelined and crucial information he needed to do his job effectively, was kept from him.

The events took place amid a media storm following a series of articles in the Sunday Times about a so-called rogue unit within Sars that allegedly conducted covert operations. The Sunday Times later retracted the articles after three adverse rulings by the Press Ombudsman.

Lackay earlier testified that then acting COO Jonas Makwakwa and employee relations executive Luther Lebelo, were authorised to speak to the media on behalf of Sars even though they had no prior experience in dealing with the media.

Sibuyi questioned Lackay about a meeting with Makwakwa on January 28, 2015. Makwakwa told Lackay that Sars management wanted to “beef up” the communications team and that he should work closer with Babs Naidoo, who was the executive responsible for internal communications and marketing at the time.

Lackay said the move did not make sense to him and he did not agree with it. He said Makwakwa did not consult him, but gave instructions and he did not voice his disagreement.

Sibuyi said there was no need for the Sars management to consult Lackay, since the strengthening of the unit did not affect him. He was not replaced. “They told you as a courtesy. We have one cleaner, we were going to add another cleaner,” he said.

Lackay pointed out that this was done as Sars  was facing ‘‘a media and reputational crisis”.

Sibuyi said that was exactly why the management decided to strengthen the media team and asked why Lackay would object to that.

Lackay responded: “I don’t agree with counsel’s interpretation. In my view there was no rational or reasonable reason put to me to ‘beef up’ the team.”

He earlier testified that he raised his concerns in detail about negative publicity Sars was faced with, including leaks of confidential Sars informations from within Sars to the media, especially the Sunday Times, but got not response.

He said the email Makwakwa sent him a few days later to confirm the instructions given on January 28, was vague and did not put his mind at ease about the reasons for the changes to the media team. He said he did not know whether they were dissatisfied with his work and came to the conclusion that it was either that or his superiors did not trust him anymore.

Sibuyi asked him about the events around the resignation of former Sars executive Johann van Logerenberg, who was at the centre of and implicated in the rogue unit allegations. Lackay earlier testified that he was kept in the dark about Sars’ negotiations and agreement with Van Loggerenberg, which led to Van Loggerenberg’s resignation.

Van Loggerenberg issued a statement in this regard and journalists called Lackay for comment. He knew nothing about it and concluded that he was being sidelined, since Naidoo who worked closely with him, and before would have informed him, prepared and issued a statement on the matter.

Sibuyi pointed out that that was the only time Naidoo excluded Lackay and it was petty for him to respond by resigning.

Lackay said while cross examining was focusing on the incident with regard to Naidoo, he was also excluded in December when Moyane suspended Sars deputy commissioner Ivan Pillay and head of strategic planning, Peter Richer.

He said at that stage there were no instructions for anybody else to speak on behalf of Sars. “It becomes intolerable for me to do my work effectively if the institution sidelines me like this,” he said.

The hearing will continue on Tuesday.

If a white person spoke about a professional black person such as Adrian Lackay as “appointing another cleaner”, such a white person would be in for the high jump.