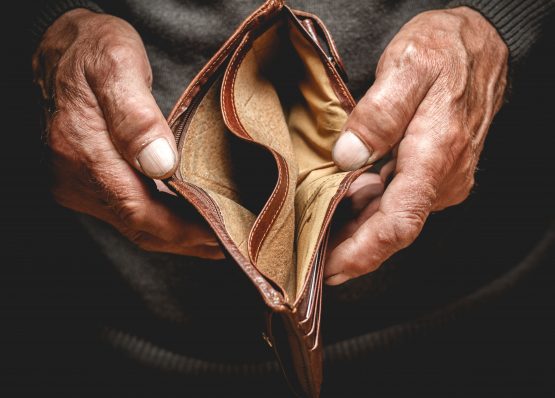 Though debt counsellors have no shortage of customers, government is concerned about the stubbornly high level of debt delinquency in the country. Picture: Shutterstock

SA’s debt distress industry is booming. Some 16 000 South Africans are signing up each month for debt review as allowed under the National Credit Act (NCA).

Whether this is a good or a bad thing depends on which side of the ledger you sit. The number of SA consumers in distress has grown 61% since the NCA became law in 2007, while the number of credit-active consumers has grown 44% to more than 24 million, according to figures from the National Credit Regulator’s Credit Bureau Monitor.

And of these 24 million credit-active consumers, more than 40% are in some form of financial distress, meaning at least one account is minimally three months in arrears, or there is some other form of default or court judgment.

Fees charged by debt counsellors are regulated and have not been increased since 2011, while inflation has climbed roughly 6% a year. That’s driving debt counsellors out of business. There is no shortage of financially-distressed customers to service – but with more than 2 000 of the 3 000 registered debt counsellors having left the industry in recent years due in part to the cap on fees, this has left thousands of consumers stranded without a debt counsellor.

A weeding out of shady counsellors was long overdue, as stories abound of customers paying over fees and receiving nothing in return. Others advise against debt counselling on the grounds that it traps you in debt slavery for years. There are alternatives, such as invoking the Prescription Act, which in many cases makes it difficult for a credit provider to reclaim debts three years after the first default. Debt Admin also provides a DIY debt recovery programme, using the Magistrate’s Court Act.

In the decade since the NCA became law, some 800 000 South Africans have cycled through the debt review system. The NCA was introduced to promote stronger consumer protection in the credit market, and to outlaw reckless lending. In some respects it has succeeded, and in others it has failed miserably. Of the 800 000 who went under debt review, about 30% have exited debt counselling, though 350 000 are still under debt review.

Recent conversations that took place in parliament, where the National Credit Regulator (NCR) addressed the Portfolio Committee on Trade and Industry on proposals to offer lower income groups debt relief or exemption. This has alarmed the credit providers and many in the debt counselling industry, who argue that a debt forgiveness programme will perpetuate SA’s already poor culture of savings.

The majority of loans provided come with credit life insurance, a type of insurance that pays off the loan in the event of the death, disability or retrenchment of the borrower. Ian Wason, CEO of the Intelligent Debt Management Group and DebtBusters, says many of these products have been grossly overpriced and mis-sold.

“There needs to be more focus on ensuring more is done for consumers to be assisted in claiming against these policies.

“It should also be noted that the NCR currently has the power to clamp down on reckless lending through the affordability regulations, by increasing the minimum expense allocation, which is currently around 9%, to a more reasonable level in line with other countries of 40%. I certainly don’t know anyone who lives on 9% of their monthly income and hence has 91% to spend on debt repayments,” says Wason.

Chris van der Straaten, head of payment distribution agency Hyphen PDA, which is a division of financial technology service provider Hyphen Technology, points to the 25% annual growth in collections and distributions as evidence of the success of the debt review system. “This is an important indicator because a key measure of the success of debt counselling is how much money is actually being paid to the credit providers. Currently there is no realistic alternative to debt counselling since the shine has been taken off Emolument Attachment Orders (EAOs) due to the recent exposure of wholesale abuse and exploitation of consumers by certain lenders.”

Read: Ground-breaking garnishee order judgement a victory for the poor

Rob Easton-Berry, CEO of Consumer Friend, states: “Prior to the adoption of the NCA, over-indebted consumers had few options to restructure their debt. This resulted in the legal process running its course with houses being foreclosed on and vehicles being repossessed. Debt counselling now provides such a platform whereby debt can be holistically viewed, negotiated and restructured, thereby providing consumers with a new affordability and protection over their household assets.”

During the discussions in parliament last month, the credit industry – in particular banks and credit providers – cautioned against legislated debt forgiveness measures and their unintended consequences. There was support for refining the current debt review process to make provision for low income consumers and to provide an incentive for debt counsellors to provide assistance, through debt counselling, to low income consumers.

Consumer Debt Help (CDH) provides debt counselling solutions to people with lower incomes. CDH offers financial and debt education to the poor, helping them make responsible decisions and improve their financial futures. Says Wason: “While we are proud of the consumers we have helped, the business has always been loss-making and is becoming more so every month due to the structure of the current debt counselling fees last issued by the NCR in 2011. As with any business, if fees are capped whilst inflation runs at over 6% per annum, there is only so long that an industry is viable. Unfortunately this has led to over 2 000 out of the 3 000 registered debt counsellors leaving the industry, and more importantly has left thousands of consumers stranded without a debt counsellor.”

Though debt counsellors have no shortage of customers, government is concerned about the stubbornly high level of debt delinquency in the country. There’s roughly ten million people out there behind on their bills. With an election looming, it’s not hard to imagine that government will opt for some form of a debt relief programme in the not-too-distant future.

This is symptomatic of a bigger problem within the economic system and that is that it is a debt based system. The banks create debt everytime they lend they only place one tenth of their money into the loan and the balance is created out of thin air ( the fractional reserve system) . Interest has to be paid on the full loan ( including that sucked out of thin air. This interest has to come from production of something. When you are struggling to pay this interest from productive sources you start to cut back on cost. When that happens across the board the economy slows. As the slowing takes effect it becomes a snowball spiraling down ward and losses have to be taken by some one. When you hit debt saturation this becomes pronounced.
This is a world wide event ….. it is happening everywhere … expect whole sale collapses !!

‘Others advise against debt counselling on the grounds that it traps you in debt slavery for years. There are alternatives, such as invoking the Prescription Act, which in many cases makes it difficult for a credit provider to reclaim debts three years after the first default.’

The commentator appears to be championing not paying due debts?

There is no free lunch.

Why on earth should someone else pay when I take on too much debt? Disgusting.

“This has left thousands of consumers stranded without a debt counsellor”

Debt counsellors help “manage” your debt by taking one monthly payment from you and distributing the money among your creditors, with whom they’ve often worked out lower payments and lower interest.

Real debt help is found only in changing your behaviour.

Consumers that are debt ridden needs to deal with the symptom (the creation of personal debt) rather than the disease (personal debt).