SA’s decline worst of nations not at war, model shows

Social, economic and governance measures deteriorate drastically in the past 12 years.
By Antony Sguazzin, Bloomberg 17 Apr 2019  07:43 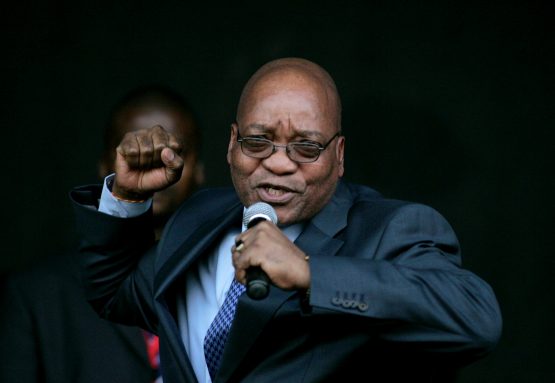 Ex-president Jacob Zuma. South Africa’s decline in ranking is only superseded by conflict-riven countries such as Mali, Ukraine and Venezuela. Picture: Bloomberg

South Africa’s performance on a range of social, economic and governance measures deteriorated more in the past 12 years than any other nation not at war, according to Eunomix Business & Economics.

The decline is likely to continue as the country wrestles with the consequences of nine years of worsening corruption and policy paralysis under former President Jacob Zuma, the Johannesburg-based political-risk advisory company said. The fragility of the economy may also limit the tenure of his successor Cyril Ramaphosa, who faces his first national election May 8, it said.

“There is the strongest likelihood of him being a one-term president,” Claude Baissac, the head of a Eunomix, said in an interview. “He is starting with a very weak economy, the weakest of any president since Mandela. He is also starting with a fairly weak hand from a political standpoint.”

An index of security, governance, prosperity and welfare indicators shows South Africa slumped to 88th out of 178 nations in 2018 from 31st in 2006, according to an analysis of the country’s prospects by Eunomix. The company advises some of the biggest mining companies operating in the country.

South Africa’s decline in ranking is only superseded by conflict-riven countries such as Mali, Ukraine and Venezuela and its peers now include Colombia, Jamaica, Latvia and the Philippines, compared with Portugal and Slovenia in 2008.

Other advisory groups, such as FTI Consulting, are more positive on South Africa’s prospects.

“South Africa has made significant progress on improving the well-being of its population, with poverty declining by over 10% in the last 10 years alone,” FTI said in a report. “However, 14 million people are still living below the level at which they can afford basic food supplies.”

The likelihood of arresting the decline is limited by the unsustainable structure of South Africa’s economy, in which economic power is largely held by an elite that wields little political influence, a product of its apartheid history and its status as one of the world’s most unequal societies, Eunomix said. The ability of politicians to make the unpopular decisions needed to boost growth is hampered by this imbalance.

While Ramaphosa spent his first 14 months in power pledging a crackdown on corruption, an end to policy uncertainty and a drive to reform loss-making state-owned companies, his political weakness will hinder or thwart progress, the company said. Ramaphosa won the leadership of the ruling African National Congress in December 2017 in a contest with Zuma’s ex-wife by a narrow margin, and the party remains riven by factionalism.

Orthodox economics adopted during the rule of former President Thabo Mbeki, who was in power from 1999 until 2008, have been abandoned in favour of more populist policies. They include as a drive to adopt land expropriation without compensation, free tertiary education and more stringent black economic empowerment requirements for mining companies.

“South Africa’s state performance peaked in 2007, that year its economy and governance were at their best. Since then the state has experienced continuous decline in all core indicators of performance,” Eunomix said. “The developmental state project has failed. South Africa is now a fragile state, expected to continue to weaken.”

A nation not at war you say ?? Looking at our murder statistics and particularly under certain demographics, you would not say so….
It is perhaps, not a war in the conventional sense.

It’s not a war in the literal sense. South Africa is not at war, the issues of corrupt government, criminal ANC NEC6, government officials, lack of enforcing the constitution, lawlessness, failed institutions intended to protect us from the zumas and guptas of the world because of zuma’s agenda to render them useless to further his organised crime gang, none of this indicates we are at war, conventional, nuclear, civil or any other type. Murder is criminal, it’s not an act of war. Your comment is simply just rubbish. Rather talk about the issues I raised above, and let’s find ways to fix them one at a time it seems with no resources to reverse the damages of the zuma ANC and NEC6 in sight. So the article is factually in tact and literally correct, that we are not a nation at war. Conventional is just bla bla rubbish in this context. Or did you just type junk out of frustrations? Doesn’t end well when you do, certainly reflects on you negatively. Cheers.

The ANC has never left the struggle behind. With all its talk of revolution, cadre deployment and pitting comrades against umlungu, it’s not a party of peace.

Many have said it before me but the ANC is nothing more than a liberation movement. The ANC headspace has always been occupied with fulfilling the struggle mandate. This is the sole purpose they were brought into existence more than 100 years ago. The underlying construct of anything the ANC says or does is therefore populist in nature because that is all they know. They cannot govern. Period.

The electorate is all too easily sucked into populist rhetoric and will gladly toss their vote at anyone who sings them a heart-warming struggle song and tosses a couple of free T-shirts. Realistically, this backdrop does not resonate with a successful democracry. It’s a molotov cocktail. A system that supports ignorant masses in voting in inept, unskilled and incompetent revolutionaries is doomed from the start.

SA’s overall performance will continue to decline to the point where the national debt is no longer capable of being serviced and the IMF steps in with bail-out conditions that will be anything but populist. For as long we have the ANC muddling their way through government with a white stick and the likes of the EFF et al lurking, there is very little prospect of that proverbial silver lining for the country.

The picture matches the article 100%

Continued decline, proudly brought to us by the ANC.
Were they ever serious about liberation of the people, or was it just about getting their hands into the cookie jar? Seems like the latter to me.

I think it’s time for your meds now.

The main issue at hand is that the voting population at large will in all probability never read this, and even if they did, either would not fully comprehend what is being written or alternatively just wouldn’t care.

People that already have nothing and whose main concern is about where the next meal is coming from certainly do not worry about world rankings.

After reading this article I have asked myself, how and where does one even begin to start fixing this mess, with the current numbers of people who either don’t understand or don’t care and will continue voting for more of the same come election day.

This has got to be one of the most retarded analysis of the current mess I have ever seen.

That South Africa’s decline is ‘Worst of Nations Not at War’ then that is proof of what the ANC and its policies (including BEE) have done to this country – not just Zuma.

The ANC are killing us.

The country is at war. The ANC seeks to crush anything and anyone that is tries to stop their disgusting looting of the State and destruction of South Africa. Plus given the public statements by the likes of Zuma, Mngxitama and Malema they certainly desire racial genocide. Heavens knows what they say in private! I just hope the world is watching because without significant and sustained international pressure the carnage will continue.

What did I do wrong? Somebody tell me what I did wrong? Jacob Zuma

So there was economic inequality before , during and after apartheid and yet apartheid is to blame for inequality. The golden era after apartheid 1999-2007 is not attributed to apartheid only the bad era after 2007? if the wealth difference between whites and blacks is explained by apartheid then what explains the wealth difference between Indians and blacks or the relative equality between Indians and whites? Is the rise of the new black middle class a result of the end of apartheid or the introduction of BEE? What does the inequality look like in countries with large white and black populations? Brazil, USA? Are blacks in the rest of Africa , that did not experience apartheid on the same wealth level as SA whites? Are they on the same level as SA blacks?

where’s @presjgzumguptastooge_soldsoul now ?? the ANC struggle shifted from fighting to get rid of apartheid to carrying all the bribes to their cars……. #vote on May 8 before the ANC sell the future…

The demographics of SA is the real problem. We are a young nation, population pyramid wise. This fact has been ignored by government. I can’t imagine the people in government do not know this. It has to be a case of wilful denial rather than one of accidental ignorance.

If you add other ingredients like failed ideological constructs, endemic corruption, and outright racism to the recipe, you get to a place that only guarantees failure. The failure is already manifesting itself. The *only* way to sell this approach to voters and supporters is to have a bogeyman. In this case white people. All of the parties on the left’s manifestos or plans (f they exist) in one way or another reference white people, through ideas like EWC, BBBEE etc.

If you accept that the focus should be on young people, then *all* of the current policies will change and a very different ideology will take hold, one that is neither socialist or capitalist. The irony is that most South African’s are hard core capitalists in aspirations, even ones that belong the EFF, BLF, ASP, ATM, ACM, TGL, ASWW, DERF, GTRFD, ASWE, CYLJN, DWES, ACFRT, and so on.

SA is one of the few countries where the populace (along with its leaders) can “dance the country into economic decline”.

“South Africa’s economy, in which economic power is largely held by an elite that wields little political influence, a product of its apartheid history and its status as one of the world’s most unequal societies, Eunomix said.”