The panel of experts and Auditor-General calls for a National Treasury probe into the conduct of officials. Transgressors might face fines or imprisonment.
By Ray Mahlaka 22 Nov 2017 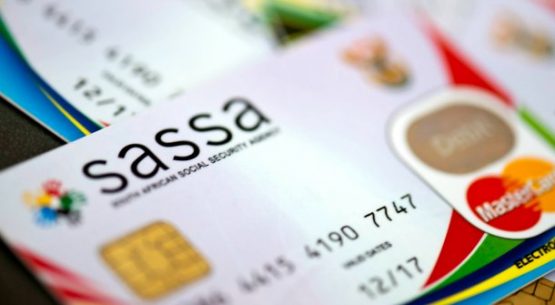 The National Treasury would also investigate the actions of officials that paved the way for the invalid contract of incumbent social grant distributor Cash Paymaster Services (CPS) to be extended to March 31 2018, by the Constitutional Court. Picture: Supplied

Department of Social Development and South African Social Security Agency (Sassa) officials, who have been at the centre of the social grants fiasco that puts the livelihoods of the poor at risk, could face sanctions including fines or imprisonment of up to five years.

As the South African Post Office (Sapo) was given the nod on Tuesday to play a key role in the payment of social grants from April 1 2018, a panel of experts and the Auditor-General has upped the ante on making Sassa officials accountable for their role in the social grant crisis.

The investigation, which would be conducted by the National Treasury, would examine the conduct of officials involved in issuing contracts to service providers relating to the payment of social grants since 2016.

Treasury would also investigate the actions of officials that paved the way for the invalid contract of incumbent social grant distributor Cash Paymaster Services (CPS) to be extended to March 31 2018, by the Constitutional Court.

If the investigation finds there has been “malpractice” or mismanagement, Sassa and Department of Social Development officials may be prosecuted under Section 81, 83 or 86 of the Public Finance Management Act. These sections deal with the financial misconduct of officials in government departments and sanctions imposed for flouting them include fines or imprisonment of up to five years. The Constitutional Court has the power to give the investigation the green light.

The recommendation by the panel of experts is significant as it underscores that the social grants crisis and delays in signing a contract with another service provider to replace CPS might have been engineered and warrants an investigation.

The recommendation for the investigation of officials is contained in a second report by the panel of experts to the Constitutional Court.

The panel of experts – appointed by the court to oversee the process to phase out the CPS contract in the next five months – includes the Auditor-General Kimi Makwetu, Anthony Felet, Gill Marcus, Tim Masela, Heinz Weilert, Angela Bester, Werner Krull, Mavuso Msimang, Doris Tshepe, Mmamolatelo Mathekga and Barend Taute. They are supported by secretariat Marissa Bezuidenhout assisted by Walter Bhengu and Paklo Leung.

The panel has again raised the alarm that SA’s more than 15-million vulnerable social grant recipients might find themselves empty-handed due to Sassa’s self-imposed delays in phasing out CPS’s contract.

The panel has been scathing of Sassa’s conduct, warning that the absence of a comprehensive implementation plan after CPS’ contract expires jeopardises social grant payments.

Social Development Minister Bathabile Dlamini has emerged a key player in engineering the social grants crisis. Dlamini has been accused of trying to muscle out Sapo and pave the way for an external party to be responsible for social grant payments worth more than R130 billion annually. 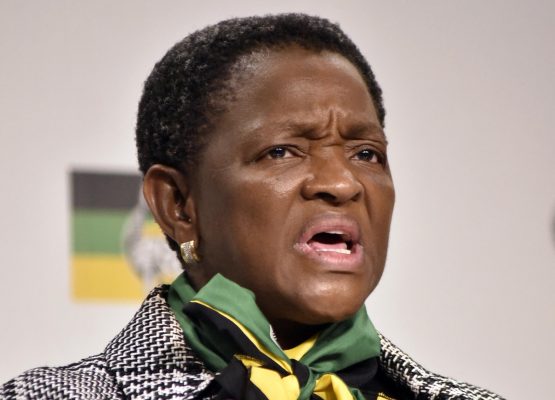 Dlamini said Sapo could only provide one of the four required social grant payment services – mainly the provision of an integrated payment system. However, a damning letter by Treasury Director-General Dondo Mogojane noted that Sassa’s bid evaluation committee, which assessed Sapo’s tender proposal, should not have disqualified Sapo from the full contract. Mogojane also found that various assessments of Sapo by Sassa’s bid evaluation committee were “unfair” as the state-owned enterprise was not engaged on some of its short-comings.

A tentative social grants deal or an ‘Implementation Protocol’ was reached between Sassa and Sapo, said Jeff Radebe, who also heads the inter-ministerial committee (IMC) on social security. Among the functions Sapo will fulfill in the deal is the payment of grants and production of new Sassa cards but its collaboration with commercial banks has not been ruled out. The deal is subject to ‘cost-effectiveness’ assessments, and a final agreement is expected to be announced in December.

The panel of experts has found that Sapo cannot distribute social grants in a cost-effective manner especially if has to sub-contract other players for functions it cannot fulfill. It has proposed ‘a cost-saving’ model for the payment of social grants through SA’s banking system as the bulk of social grant beneficiaries already own low-cost banking accounts.

As I understand the current cost per account is around R16.00.by CPS. The cheapest cost of a account at a bank, is Capitec at R35.00 per month. So because of negative sentiment of all in SA with regards to CPS, to change the service provider at all costs, the poorest of the poor will again bear the brunt of amazingly stupid decisions. CPS seems to be given competent cost effective service.
Have not seen any shred of evidence regarding any dubious operations by CPS. So Bellamont is arrogant. I would be as well if I started and kept a seemingly problem free operation as CPS.

The problem is that the contract was awarded to Net1 and CPS in a corrupt manner. CPS was given sight of all the other tenderers docs which included a genuinely effective tender by ABSA. Then there was the R35m handshake given to a certain member of the current Dept. The highest Court in the land, The ConCourt found the contract to be invalid and flawed and had it set aside. It is inconceivable that an Order of the Court can be blatantly ignored. So unfortunately CPS is by no means clean in this fiasco. To further pour petrol on the fire CPS specifically has been deducting payments from the meagre stipends based on unethical and dubious sales of products by other entities in the Net1 Group.

So why has this R35 mill handshake not been investigated??

I don’t disagree with your point; however I’m not sure about a Capitec account costing R35 per month. Mine costs me about R5 (five Rand) per month.

R35pm is for the Capitec Credit Card. The normal account is R5.50pm. FNB, ABSA and the other all have account that fall in the R5 to R10 range.

Here we have the blind leading the corrupt blind leading the poor blind in true Africa style. Bound to be a mess. Even the CC -the highest court in the land !!!- cannot unscramble this egg. And that is not the court’s function in any case. CPS seem to have done a good job regardless and the alternative is a disaster. So why try and fix wht’s not broken.

That is what the ANC under Zuma’s “leadership” stands for!

CPS perfected their system, processes and security over years. Paying 9 million beneficiaries a total of R15 Billion per month is pretty impressive I think. Consider the state, national and local, dont even employ 2 million employees. I hope the post office have the skills and systems to take-on this mammoth task. They have less than a year to implement. I’ve seen corporates taking on smaller projects with longer deadlines and barely finishing on time. With the CPS termination date set, I believe the post office will cut corners and that mistakes will be made. I hope theyll do proper testing and get all the bugs before they go live. Perhaps payments will be made. Hopefully the correct amount to the correct beneficiary. Dont get me wrong. The post office should have had the contract a long time ago. Their new CEO is a breath of fresh air who deserves to succeed in making the post office great. I just hope they are not being setup to fail. I dont like the fact they’re being rushed which may result in project quality being sacrificed.