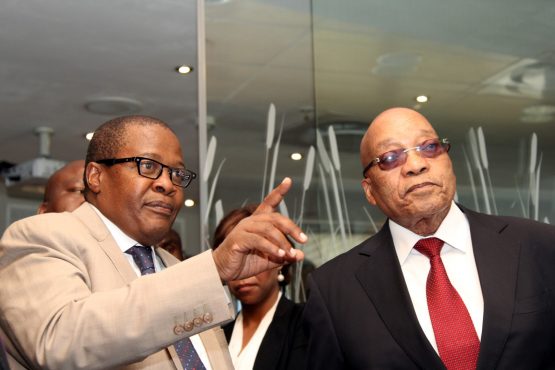 Save South Africa says that ultimately, the solution is to rid the country of Jacob Zuma once and for all.

The Save South Africa campaign, in a statement issued on Friday morning, said it will be briefing its legal advisors on steps to keep former Eskom group CEO Brian Molefe from returning to his position on Monday.

The news broke early on Friday morning that Molefe will resign as member of parliament with effect from Sunday and return to his former job after the board failed to reach an agreement with him about a pension pay-out following his “early retirement” six months earlier in November 2016.

At the time Eskom said Molefe was leaving voluntarily “in the interest of good governance” after bing implicated in former Public Protector Thuli Madonsela’s “State of Capture” report.

Save South Africa called Molefe’s re-appointment “a classic Zuma move” and said: “President Jacob Zuma and the Gupta family have had their way long enough, with Molefe at the centre of a number of their shenanigans – first at Transnet, and then at Eskom.

“It’s clear that their failed attempt to get Molefe appointed as finance minister has forced a change of strategy. It also confirms that his ‘deployment’ as a member of parliament was never about fulfilling the vital constitutional duties of an MP – it was a cynical stepping stone to the advancement of state capture.

“The next stage is seemingly to get him back in Eskom where, with the protection of the state-owned company’s (SOC) equally questionable chairman, Ben Ngubane, he will go back to overseeing multi-billion dodgy deals, including the nuclear energy deal.

“We need to remind South Africans that:

• Molefe is directly implicated in the Public Protector’s report ‘State of Capture’ as being at the heart of a number of corrupt deals involving the Guptas and the Zumas.
• Molefe’s stated reason for leaving Eskom in November last year was to “clear his name”. He has consistently failed to do so, whether as outgoing CEO or as an incoming member of parliament. He must subject himself to a full investigation, as must his cohorts inside and outside Eskom.
• Public Enterprises Minister Lynne Brown has publicly supported the need for a commission of inquiry into the Public Protector’s report, as has Deputy President Cyril Ramaphosa.
• Molefe resigned from Eskom, he did not go on pension. He was never entitled to his R30 million payout in the first place, and to suggest that he should return to Eskom because his golden handshake was blocked is an insult to the nation’s intelligence.

• Repeat our demand that a commission of inquiry is instituted to probe the Public Protector’s report, so that action can be taken against those – including Molefe and Ngubane – who are named as being captured.
• Repeat our demand for a full investigation into all SOCs, as contained in our ‘Minimum Demands for a Socially Just South Africa’, to stop the theft of public money.
• Urge Public Enterprises Minister Lynne Brown to immediately act to stop this chain of looting and pillaging, lest she be seen to be part of the network of patronage and corruption.”

Save South Africa said it will be doing all in its power to stop “this blatant manipulation of governance processes, and call on other concerned South Africans to do the same. We will be briefing our legal advisors today on steps that can be taken to keep Molefe out of Eskom, and will work with others to mobilise protests to show the nation’s outrage.

“Ultimately, the solution is to rid South Africa of Jacob Zuma once and for all. That is the best way to stop the rot, and to Save South Africa,” the organisation said.