45 matters with a combined value of R2.1bn enrolled with the Special Tribunal on Corruption, Fraud and Illicit Money Flows.
By Roy Cokayne 25 Jan 2022  13:03 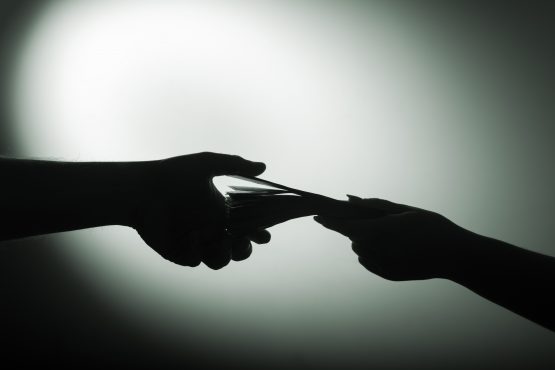 About 62% or 2 803 of the 4 549 contract investigations finalised by the Special Investigating Unit into Covid-19 related procurement by all spheres of government has been found to be irregular.

The SIU has investigated 5 467 contracts awarded to 3 066 service providers, with a total value of R14.3 billion.

Investigations into 964 contracts awarded to 476 service providers valued at R961.66 million are ongoing.

This means the SIU has finalised 82% of the investigations, with 18% ongoing.

This is revealed in the final SIU report on the investigations that was released by President Cyril Ramaphosa on Tuesday.

Covid-19 expenditure by the government between April 2020 and September 2021 totalled R152.5 billion, of which R14.3 billion is being investigated.

The report said 45 matters, constituting a combined value of R2.1 billion, have been enrolled with the Special Tribunal on Corruption, Fraud and Illicit Money Flows.

The special tribunal has a statutory mandate to recover public funds siphoned from the fiscus through corruption, fraud and illicit money flows and engages in civil action that is more flexible and less time-consuming than adversarial.

In addition, the report said the SIU has made:

Ramaphosa said he trusts the NPA will exercise its discretion diligently and expeditiously in regard to prosecutions.

The report does not include details of ongoing investigations into allegations received by the SIU after the timeline set for matters to be included in the final report.

The SIU expects these matters, which are covered by the proclamation, to be completed between March and April 2022 before the submission of a supplementary report to the president at the end of June 2022.

The release of the report follows the president’s authorisation on July 23, 2020, of an investigation by the SIU in terms of Section 4(1)(f) of the Special Investigating Unit and Special Tribunals Act, No 74 of 1996.

Ramaphosa expressed his appreciation to the SIU for the work done in the 18 months since the proclamation was issued and to whistle-blowers and other witnesses who provided information to investigators.

“This investigation targeted individuals and institutions who believed they could exploit a moment of national vulnerability to enrich themselves and those with whom they colluded to abuse public resources,” Ramaphosa said.

“It is unacceptable that so many contracts associated with saving lives and protecting livelihoods were irregular, unlawful or fraudulent.

“This investigation demonstrates our determination to root out corruption and to deal with perpetrators.

“The final report details matters referred by the SIU to the National Prosecuting Authority, departments and entities in the public sector and other parties, who will finalise the process of bringing wrongdoers to book and addressing weaknesses identified by the SIU investigation,” he said.

One of the most high profile cases investigated by the SIU involved the irregularly concluded contract by the Gauteng Department of Health with Digital Vibes (Pty) Ltd for the procurement of a media awareness campaign in respect of the National Health Insurance (NHI) for R141 million, which resulted in then Health Minister Dr Zweli Mkhize being relieved of his cabinet post.

Various applications at the Special Tribunal related to this case are still pending.

Another high profile civil litigation cases instituted in the Special Tribunal that was investigated and finalised was the irregular R10.1 million procurement by the Eastern Cape Department of Health of motorcycles with a “sidecar” to transport patients from Fabkomp, which resulted in a process that was not fair, competitive or cost-effective.

The Special Tribunal in April 2021 set aside the contract and interdicted the Eastern Cape Department of Health from making any payments in respect of the contract.

Another prominent case involved the procurement process of a service provider/contractor for the erection of a fence along the SA border with Zimbabwe near Beitbridge at a cost of R40 million.

The SIU investigation found evidence that the procurement process was irregular and instituted civil proceedings in the Special Tribunal for an order to “freeze” the bank account of Caledon River Properties and a second respondent.

The matter was set down for trial for five days from October 4, 2021. Judgment was reserved.

The SIU has also referred allegations pointing to fraud in this case to the NPA.

And nothing will happen to the cadres identified.

The Tripartite Alliance incentivizes corruption and rewards the most unscrupulous individuals to plunder the shared resources at the maximal rate. Socialist ideals motivate the cadres to steal the means of production before another cadre beats him to it. The ANC manifesto creates a race to the bottom where criminals are trying to outsmart other criminals in this ambush for taxpayers.

ANC politics enable voters to turn their environment into a manifestation of their own flawed cognitive ability and mindset failures. This is a recipe for a failed state.