Social relief grant will be impossible to withdraw – Sachs

Inflationary pressure and unemployment have increased the levels of dependency on the grant.
By Palesa Mofokeng 17 Mar 2022  00:01 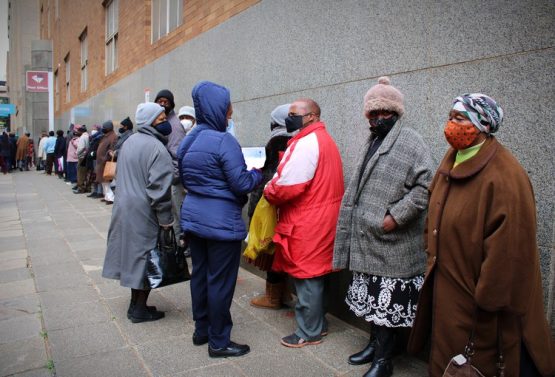 Inflation hikes and high rates of unemployment have triggered increased levels of dependency on the Covid-19 Social Relief of Distress (SRD) grant and government will have to consider making it permanent at some point.

This is a view highlighted by finance and fiscal expert Michael Sachs, who said the special grant may have to become a permanent line item on the national budget during a PSG Think Big Series webinar on Tuesday.

The SRD grant, which has supported 10.5 million South Africans, was introduced around April 2020 for the purpose of minimising the social and economic impact of Covid-19.

In his maiden Budget speech in February, Finance Minister Enoch Godongwana announced the allocation of R44 billion to continue the special SRD grant for another year, capped at R350.

All other permanent social grants will increase from April to provide for inflationary hikes.

Government had initially intended for the SRD grant to be in effect for six months, but the progression of the pandemic and its continued impact on livelihoods led to the grant being extended.

Read:
Busa: Basic Income Grant should not risk or crowd out spending priorities
Social grants: the research behind the controversy

“We all have to accept that it’s going to be impossible to withdraw what has already been offered. This offer was made in the context of a national emergency in the Covid-19 crisis where millions of people were [thrown] into unemployment,” said Sachs, who’s also a former National Treasury official.

“Each year it is extended it’s more difficult to withdraw it because people change their behaviour and become more and more dependent on it.

“We are at the point where the bar has been raised to this minimum level – and really, the question is, how will the grant evolve into the future in terms of its structure and design, and how will it be financed?” said Sachs.

“In other words, what tax increases will be required to ensure that it is sustainably financed?”

Sachs argued that the formal issuing of a basic income grant will “inevitably” necessitate the raising of taxes, however the challenge for government will be how far taxes can be increased before the detrimental impact on job creation and growth begins to affect to the economy.

Value-added tax (Vat) and personal income tax are the two most viable candidates for raising the quantum that is required to sustain a basic income grant,” according to Sachs.

He said these two forms of tax are tried-and-tested methods of increasing tax revenue, unlike corporate income tax, which fluctuates significantly due to its cyclical nature and does not provide the consistent revenue flow that is necessary for stability.

He noted that the R350 grant speaks to the country’s inability to curb record-high unemployment by job creation and economic growth alone.

While the grant adds pressure to the state’s expenses, the costs of withdrawing or terminating it will be great as doing so will cause social distress that could potentially be mobilised against the government.

“There are two issues in a sense,” said Sachs.

“On the one hand, the fiscus is not in a sustainable position, and that requires rethinking [the] policy across the board.

“On the other hand, this SRD grant is now in effect a ‘done deal’ and it is going to be impossible to withdraw.

“Rather than saying ‘should we have it’ or ‘should we not have it’, we should rather be discussing how it should be designed and what are the parameters that define it.”

Citadel chief economist and advisory partner Maarten Ackerman agrees that withdrawing the grant will not be easy as many of its beneficiaries are still unemployed and in need of support.

“The problem is also if you take that [support] away, that is [going] to create an environment where you can have […] social unrest. Government wants to support socially but they also want to prevent [unrest] because that is quite negative for the business environment,” he said.

“But you need to be able to fund that and this year we were fortune that part of the funding comes from the fact that we had a tailwind from the commodity cycle last year. We might just be having a similar issue this year where we benefit from bigger commodity exports given some of the sanctions on Russian commodities.

“But if we not going to get economic growth ASAP then not only this [grant] but all the other grants, especially on top of inflation, will become a challenge for the government and will put further pressure on the fiscus.”

Congratulations must go to the ANC for its unique ability to incentivize its people away from working and doing anything that is not for free.

Does sound similar to drug addiction though.

They are caught in an economic negative feedback loop. The dog is chasing its tail. They have to find another tax to dampen the negative effect of all the existing taxes.

A tax is supposed to be a transaction, not a donation or penalty. When the taxpayer gets nothing in return, his taxes are nothing else but a penalty for being economically active. The state punishes the taxpayer for adding value to society. Raise the taxes high enough, and individuals and businesses will stop adding value, and the unemployed masses and consumers will suffer.

We have reached that tipping point years ago. The extra local socialist taxes like BEE, EE, cadre deployment, local beneficiation requirements, the Mining Charter, security of tenure laws, and redistributive municipal rates and taxes have pushed economic agents over the cliff.

When we consider the consequences, it is clear that the unemployed people and the consumers ultimately finance all taxes from their loss of purchasing power. The actual taxpayer is only an intermediary between Luthuli House and the consumer. The unemployed ultimately bear the cost of taxation. Although they don’t finance it directly, they finance it indirectly with the money they never had and never earned. In effect, Luthulki House abused taxpayers to create unemployment and to create malnutrition among the unemployed. This is the undeniable and cruel reality – the unintended consequence of socialism.

Now, they see the same culprit(taxes) as the solution. This is typical socialist thinking. They want to cure inequality by raising the taxes that created the inequality, in the first place.

The solution is to lower taxes, not to raise them.

South Africa has the highest taxation on earth. That is why our unemployment disaster is the largest manmade catastrophe on earth today. We penalize and punish entrepreneurs and employers the moment they dare to add value to society.

Perhaps the gov should have another look at privatizing “ Money guzzling with no return” SOE’s ….That way they can maintain grants and satisfy the exhausted SA taxpayer at the same time.
Just putting up taxes to buy votes with grants is no long term solution – you end up losing your taxpayer to emigration and your voter who continually will be expecting more for their vote!

No Mac, these SOE’s are just expensive grant funnelling entities with ANC apparatchiks as the beneficiaries, enjoying lazy sinecures there and handing out largesse to ANC connected tenderpreneurs. They are just as addictive to the ANC as the vote bait laid out by grants and will not be changed easily.

If we look at OECD countries with substantial social income programs, then noticeable is that they have in their revenue pool an item called social welfare contributions. In other words, in addition to corporate and personal income tax and VAT. In OECD average that is LARGER than VAT!

So all our workers, whether they pay income tax or not, should be paying toward their comrades’ grants.

An injury to one and all that jazz…