This after the president’s address reduced the sector to a less than two minute mention.
By Akhona Matshoba 11 Feb 2022  12:07 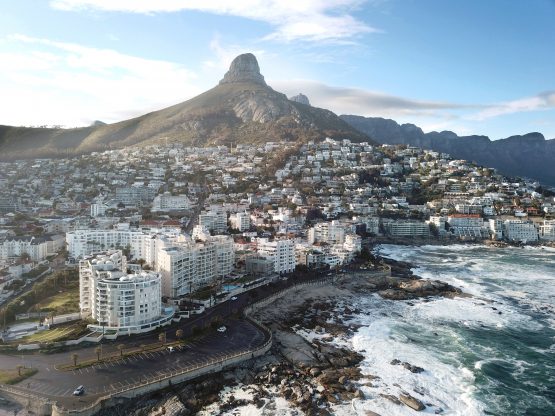 “I think that it [the speech] was a little bit thin on tourism. The president was very detailed in other aspects of the economy — the social part, education, Transnet and many other parts,” Tshivhengwa told Moneyweb.

“But when it came to tourism he spoke about the e-Visa. The e-Visa is a project that has been on-going for many many years and we still have not reached that stage whereby we can say that it’s been implemented in China and India — which are the big markets that we expect,” he added.

In his sixth Sona as president, Ramaphosa spent just under two minutes touching on the sector.

In that time he committed to streamlining and modernising visa application processes to boost the country’s tourism and business sectors, as well as attracting critical skills that will help equip the country’s workforce.

“The revised critical skills list has been published for the first time since 2014, following detailed technical work and extensive consultations with business and labour. The updated list reflects the skills that are in shortage today, to ensure that our immigration policy matches the demands of our economy,” Ramaphosa said.

Former director-general of the Home Affairs Department Mavuso Msimang has been appointed to lead a review of the work done on overhauling SA’s visa regime.

“This review is exploring the possibility of new visa categories that could enable economic growth, such as a start-up visa and a remote-working visa,” Ramaphosa said.

However, Tshivhengwa is of the view that the country should by now have already begun implementing its e-Visa plans, as it has been in the pipeline for some time.

He says the tourism sector should have taken centre stage in Thursday’s speech because the sector is the most capable of jumpstarting economic recovery and creating jobs without requiring large investments.

Tshivhengwa made these remarks at the Global Advocacy Programme Stakeholder Forum hosted by South African Tourism (SAT) in partnership with the Department of Tourism, TBCSA and various other provincial agencies that coincided with Sona in Cape Town on Thursday.

“I expected the president to really emphasise that tourism is central to the growth of the economy,” he said.

The TBCSA, which has been vocal about the impact international travel bans on South Africa has had on the tourism sector, said that with the rest of the world also opening up, now is the time to be aggressive in competing for the same tourists.

According to Tshivhengwa, there have been 470 000 jobs lost in the sector, both directly and indirectly as a result of the Covid-19 pandemic.

Meanwhile, the forum brought together various public sector stakeholders to coordinate efforts that will help change how the world sees South Africa and to sell the country globally as a tourism destination.

Covid-19-induced lockdown restrictions, as well as the emergence of various strains of the virus, have not only bruised the country’s image as a destination of choice to the global community but the isolation of the country through “red list” travel bans have also contributed to the jobs bloodbath in the sector.

Speaking at the tourism stakeholder forum, SAT’s acting CEO Themba Khumalo noted that now is the time for all industry stakeholders to pull together and sing the same tune.

“The single biggest thing that needs to be done is to pull the tourism sector together, it is to get every single stakeholder in the value chain to move in a single direction in action and not in talk,” he said.

During the forum, industry stakeholders agreed that in order to revive tourism in the country the sector needs to: