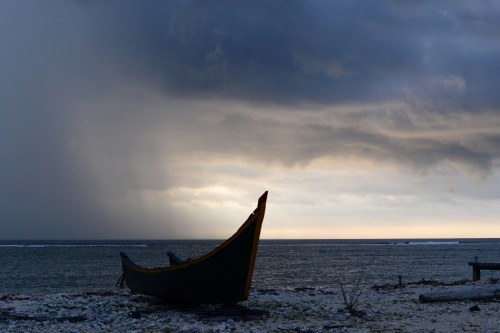 At every single gathering of business people I’ve attended recently, at least one person referred to RW Johnson’s latest book, How Long Will South Africa Survive?

The problem is that most of these people crudely hyperbolise Johnson’s hyperbole – only his is at least backed by half-truths.

We’re facing an imminent debt-trap, like Greece, but the ANC’s left wing, the Communist Party, the EFF and the grouping around Numsa will refuse an IMF bail-out, is what people remember from the book.

We’re facing the end of our modern industrial economy, a low-level civil war and even an attack on the integrity of the country, is another shorthand quote from the Johnson book I usually get. Two years and it’s tickets, is the message.

It’s not hard nowadays to make a worst-case scenario sound like the most likely scenario, what with the Zuma government’s unending blunders, reckless rhetoric and scandals.

When people confront me with Johnson’s predictions, I try to engage them on his basic arguments. I’ve not been very successful. There is no way I can say for sure that his predictions will not come to pass. There is a kernel of truth in almost everything he says.

It is indeed possible that we are “set up for a huge and obvious failure”, as Johnson says. The only question is how likely this is.

Every time I get into my car in the city there must be about a 10% chance of getting involved in a crash or a hijacking, yet I’m still happy to drive every day.

But Johnson appears to be saying that our chances of failure as a country are well over 50%. Those kinds of odds would make me stick to the Gautrain or stay at home and Skype anyone who wants to talk to me.

Johnson’s predicted collapse is indeed possible if all the negative trends he mentioned not only continue, but deteriorate further. And that’s where I think he makes a fundamental error.

Just last week we had an example of why one should look deeper than ANC rhetoric and scandal: in an unprecedented move, Chief Justice Mogoeng Mogoeng and all the top judges stood up to the ANC and raised a serious warning about attacks on the judiciary. Most of these judges were regarded as pro-ANC by many when they were appointed.

If South Africa was really such a flaky state as Johnson depicts it to be, criticism of the courts by the executive would not have elicited such an overwhelming outcry by civil society and opposition parties as we had witnessed. The same goes for the Nkandla scandal and the Marikana Massacre.

Another example: at the end of the SACP’s national congress and all the nasty rhetoric that flowed from it, former Cabinet Minister Trevor Manuel wrote a brave and scathing critique of the party in City Press. Rest assured, this wasn’t just Manuel talking and he didn’t write this on a whim.

Johnson offers no real understanding of some of the shifts in the power relationships we are experiencing. He doesn’t acknowledge the recent commitment to reform and efficiency in some State departments, like local government, education and health, and he seems to underestimate the professionalism of the National Treasury.

In my opinion, Johnson doesn’t properly consider the very real possibility that a bad performance by the ANC in next year’s local elections could render Jacob Zuma a lame duck, because then his chances of re-election a year later would be close to nil – and then the entire Zuma empire and power network could collapse dramatically. Post-Zuma South Africa could be a very different place.

It is clear from the notes at the back of his book that Johnson relied overwhelmingly on newspaper cuttings and his own previous books for his insights and diagnosis. His own interactions mentioned in the book mostly happened many years ago.

That’s no way to check a society’s real temperature or to understand the subtle shifts in power.

This may sound more unkind than I mean it to be, but I did get the impression that Johnson was looking for quotes and narratives that would back up his own liberal disullusionment and dark foreboding.

His crude dismissal of the DA as ANC Lite and his simplistic “tribal” analysis of the political dynamics are two tell-tale signs that Johnson should be taken with a pinch of salt. The same goes for his statement that the ANC will rig elections – in our present system with its judicial oversight that is simply impossible.

The Zuma term has inflicted deep damage on South Africa. Corruption and nepotism are very serious threats, as are our debt to GDP ratio of 40.8%, our huge public sector wage bill and the deeply felt resentment and rising anger of millions of the poor and unemployed. The fact that half of our population was born after 1990 and that only 30% of them have jobs and that a third of our prison population is between 14 and 24 years old, are cause for deep concern.

But I’ll put money on it that two years from now Bill Johnson will have to come up with fancy explanations as to why we’re still not down the tube.

How much money will I wager? Well, not a fortune….

I’ve read Johnson’s book and some of your criticism is valid Max. Of course Johnson has never pulled any punches and I suspect he delights in “putting the cat amongst the pigeons” every so often. However, your article alludes to some of the key economic problems that Johnson highlights in his book. Although nobody can accurately predict a timeframe for a coming deluge we are rapidly running out of time to address these challenges. All but the most obtuse know this despite putting on brave faces. In spite of its faults and shortcomings I believe Johnson’s book brings the looming crisis into sharp focus & I would recommend that people read it nonetheless.

The chances are much, much lower than that.
Which of course reinforces the point that you are making.

“Post-Zuma South Africa could be a very different place.” Agreed, especially if Baleka Mbete or Blade Nzimande becomes the next President – Heaven help us please!

Why should South Africa be different from most sub-Saharan nations, (with few exceptions)? It just takes longer to collapse because it started from a stronger base.

It takes longer since there are more whites in SA. There is this accusation by Africans that Europeans think they are superiour. Of course Europeans will deny this cause they do not want to offend anyone. The reality is that both races know the truth. The evidence for this is simple. Any suggestion that Europeans should have its own schools, universities and area to govern in SA will be and have been violently opposed by Africans. ( examples, under apartheid Africans were offered their own schools , universities and land to govern, yet they were unhappy and want to desparately integrate into white univerisities and schools). Today the same trend repeats itself. Whites are more than happy to have their own schools, universities and land to govern. Blacks on the other hand feel so inferior they need to integrate at any cost. Even to be in the same school but not the same class is not good enough( Curro). Even if whites create private institutions ( Akademia) with its own funds to protect its culture, blacks want to revoke its education license. My point is that blacks claim to be equal , but their actions show the opposite.

May I suggest we think agai before using Mogoeng and Manuel as a reason to cast doubt on Johnson’s views. Manuel is ineffectual as he has left the ANC inner circle (well, he was just outside the inner circle as I see it) and Mogoeng was appointed by – and therefor can be fired by Mr Zuma. These individuas may feel this way and whist I welcome their involvement and attempts; they will have no real effect on Mr Zuma, – – the most powerful but warped President / PM in SA since PWBotha.

hi Max, i nearly fell off my chair when you said “about a 10% chance of getting involved in a crash or a hijacking, yet I’m still happy to drive every day”.
Either you are a vrot dronk driver or your estimate is completely out!
The fact that you are prepared to go out with those sort of odds, either makes you brave, desperate or foolhardy.
i hope your article is closer to reality. i better read on and check Stocks slumped in Asia, with losses for the main indexes in Japan, Australia and Hong Kong. 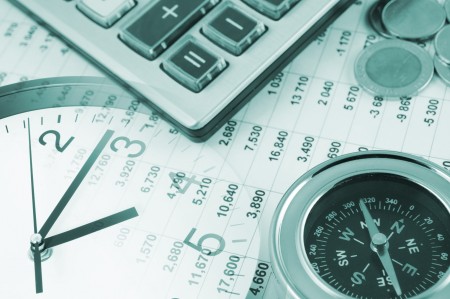