What top CEOs, business lobby groups and economists are saying on getting SA’s growth going.
By Roxanne Henderson, Tshegofatso Mokgabodi and Loni Prinsloo, Bloomberg 6 May 2019  10:18 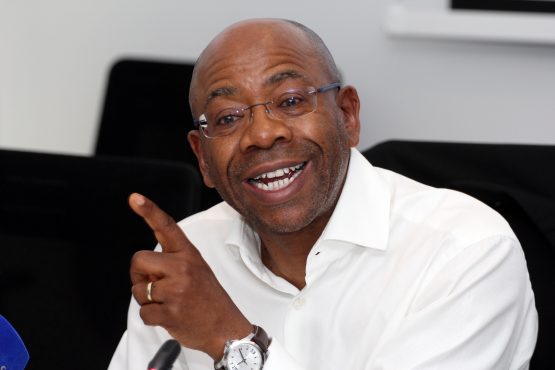 BLSA CEO, Bonang Mohale is calling for focus to be shifted on raising up more black managers to better represent the country’s demographics. Picture: Moneyweb

South African business leaders are in harmony on what the country needs after this week’s elections.

Reinvigorating the economy leads the agenda of what Cyril Ramaphosa, the favourite to retain the presidency, must tackle once taking office. To get there, he will have to prosecute those accused of plundering the government, fix state-owned companies and cut debt, among others.

Here’s a suggested to-do list from top chief executive officers, business lobby groups and economists on what could get growth going:

The head of Africa’s largest bank by market value sees the main priorities as turning around electricity utility Eskom and following up on a probe by Deputy Chief Justice Raymond Zondo into the looting of state funds by outside interests, known locally as state capture.

“The key developments FirstRand would like to see after the election is firstly the establishment of a reform-minded cabinet that will assist the president in urgently tackling the many structural challenges facing the country, the most important of which is the restructuring of Eskom.

“In addition, and vital to restoring domestic- and foreign-investor confidence, is that the Zondo Commission leads to the prosecution of major participants in state capture. This will send an important signal that the new ruling party leadership and government will not tolerate corrupt activities.”

“A quick win for the presidency in terms of helping restore investor confidence in South Africa and the growth of the economy is to prioritize its policy direction for the telecommunications industry. There is a direct correlation between lower data prices and gross domestic product growth.

“The most significant obstacle to reducing input costs and, by extension, data prices is the fact that no new spectrum has been allocated in South Africa in the last 14 years,” which has “curbed the pace at which data prices could’ve fallen.”

The biggest coal supplier to Eskom is hoping for continued efforts and co-operation in clarifying mining policy and resolving issues related to the Mining Charter.

“In addition, a determined implementation of plans to resolve the challenges at Eskom will instill confidence in the economy and investment in the mining industry, which remains critical to further industrialization of the South African economy and will encourage broad investment and technology development, creating extensive employment opportunities.”

The chairman of Africa’s largest drugmaker, who also heads the board of Walmart Inc.’s Johannesburg-based retailer Massmart, sees growth as “the goose that lays the golden egg.” He has also headed the South African units of insurer Old Mutual and mining firm Anglo American.

“Economies at higher growth rates tend to attract and retain massive inflows of foreign direct investment. It is only through growth that as a country we can push back against the high levels of unemployment, poverty and inequality.

“We need to pursue global competitiveness as a national objective. We need to make sure that we create an enabling environment that encourages companies in different sectors to become global leaders.

“This requires the right nexus between policy, regulation, business and labor.”

One of the founding chiefs of the private bank and money manager spanning South Africa, the UK, US and Australia sees the finances of state-owned companies as a key priority.

“Operationally they have issues, financially they have a very weak structure. All that has to be fixed,” while the government must act on plans to split Eskom into generation, transmission and distribution and open the grid to private producers.

“The issue of state capture needs to be dealt with. There are so many areas of abuse in our society that have been left unchallenged. All this stuff needs to start happening and we’re seeing some momentum. But it will take a long time to get us back on our feet. The last ten years really cost us a lot.”

The head of the Johannesburg-based provider of retirement-administration services echoes the call from business organizations for regulatory certainty and consistency.

“Improving business confidence is going to be one of the key challenges facing the new government.

“Government must continue to fight corruption as it increases the cost of doing business. More importantly, the fast implementation of policies that have been set out will help in building confidence and therefore stimulate economic growth and reduce unemployment, especially if combined with improving access and quality of educational outcomes.”

The head of the lobby group and a former chairman for Royal Dutch Shell’s South African unit wants a focus on raising up more black managers to better represent the country’s demographics.

“Number one is to root out and defeat state capture. Number two is to drive transformation aggressively. Number three is to ensure that we retain the few jobs that we have in order to create more jobs. Lastly, it’s about economic growth.

“For the investment community, economic growth is number one. What are ratings agencies looking for? Only four things: economic, fiscal and institutional strength; stability and continuance.

The representative organisation is looking for an administration that will be more focused and aligned across departments.

“We would like to see clear progress on social and economic policies such as energy, health, land reform and visas, within a policy framework that is conducive and enabling for small businesses to enter the market and thrive. Such a framework would address structural issues, as well as place education and skills front and center.”

The head of billionaire Patrice Motsepe investment-holding firm and former CEO of the asset-management unit of Africa’s biggest insurer Sanlam is looking for a more entrepreneurial drive.

“We require more black-owned businesses — both large ones as well as small-to medium-sized enterprises. Broad-based black-economic empowerment should continue to be the preferred mechanism for transferring wealth to black people.”

Cutting the government’s wage bill and fixing state entities will free up cash for infrastructure, which will create jobs and stimulate the economy, while foreign investors need policy clarity.

“International investors would require some level of comfort that, firstly, their investment made in South Africa would enjoy property rights protection, and, secondly, they would achieve a market-related return on their investment.”

The Steel and Engineering Industries Federation of Southern Africa wants the president to keep ratings companies onside to reduce borrowing costs. Only Moody’s Investors Service has the country at investment grade.

“Policy should be implemented swiftly, monitored and evaluated so that there is a stable increment in confidence.”

Equality of outcome is always more important than equality of opportunity in this place! Race to the bottom is well underway.

Seriously? Is this all the best brains in the country can come up with? A lot of these sound like half baked notions (push transformation aggressively), wish lists (keep rating agencies on side) , or the bleeding obvious ( fight corruption a la Zondo).

If this is our best, no wonder we’re in so much trouble.

Where is the vision to turn south Africa into an industrial hub for the continent, or a super tax friendly domain like Mauritius, or one of the top tourist destinations in the world?

So everything is fragmented and disjointed. Half measures here, offsetting own goals there; it’s just so painful to watch.