South Africa is on the brink of load shedding, Eskom warns

As it is struggling to meet South Africa’s demand for electricity.
By TechCentral 12 Aug 2020  15:30 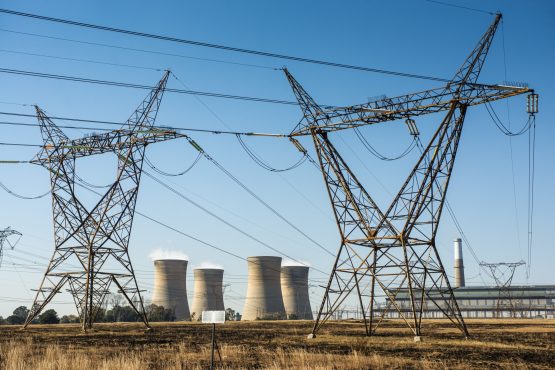 Eskom on Wednesday warned that rotational blackouts could return at any moment as it is struggling to meet South Africa’s demand for electricity.

In a statement, the state-owned monopoly said the power system is “extremely constrained this afternoon as the return to service of five generation units has been delayed, while a further two have either been shut down or have tripped”.

It urged South Africans to reduce their electricity consumption “to help us power the country through the evening peak”.

“An additional unit at Tutuka tripped this afternoon while Kusile’s unit 1 has been shut down. Eskom teams are hard at work to return these units to service,” it said.

“The constrained system may persist for the rest of the week,” it said.  — (c) 2020 NewsCentral Media

And this during lockdown ! Ja nee, useless is not the word.

That word has lost its impact long ago.

I find it very sad when people use words like useless. I know a number of very well qualified, hardworking engineers in Eskom who work day and night in an effort to keep old and rundown power stations going. It was already known in 1998 that new power stations were urgently needed, and a cabinet decision was actually taken to allow private investment to enter the market. Unfortunately the unions opposed it and the government was too weak to pass the necessary legislation. So a lot of poor decisions were made, but please spare a little thought for a number of dedicated people who keep on trying against the odds.

Hire a Russian floating nuclear power station and pay as you go.

Please make it a rule, load shed everyone OR no one!

When is South Africa going to says enough is enough?

The powers system is so constrained that the threat of loadshedding is always on the horizon. Just a few generating units have to breakdown and loadshedding will reappear. Anyone who believes that loadshedding will simply disappear any time soon is living in a dream world. Years of corruption, incompetence and maladministration by ANC officials have destroyed Eskom. It will take years and lots of money to sort out the problems they caused. If more people could switch to LED lights, gas for cocking/heating, and solar geyser it would help relieve some pressure on Eskom. Although the initial cost are high, longer term it is an excellent investment considering the soaring electricity prices and load shedding. Switching to gas is also a good first step to going off the grid.

Solutions to the increasing threat upon the nation that is Eskom requires an ability to identify and solve problems. Easy to say but clearly far from easy to achieve. The problems are myriad but most are symptoms of a root cause. The evidently insurmountable cause is not the machinery it is human. It is a people problem. For a start Eskom employs far too many people at far too high a rate. Despite this it is far to dependent upon contractors. The rot starts at government level and is still there. The unions cling to their unworthy power with total selfishness whilst the management corruption is like the 8th wonder of the world. Absolute power corrupts absolutely. Eskom is a symptom. The nation is already way beyond recovery.

Don’t worry Eskom….it’s Okay….we’re getting used to (or better said ‘conditioned’) to what is a landmark of our long-term future as a mere African country. It’s normal for the continent.

So the joke is on us, we are going to Stage 2 on two fronts. As the economy opens up Eskom is closing down.

Always complaining the stations are old that the reason for the load shedding.

Did I read they shut Kusile unit 1 down.

I guess that’s not a good excuse then. ITS BECAUSE THEY ARE USELESS.

USELESS yes, AND getting paid good money while under-performing.

That’s why SA will never recover from the downward spiral of their SOE’s and Govt (…and add to that, ANC municipal mismanagement)

So…par for the course then. I mean this is like the new normal now.
Update us when half the grid blows up.
That would be news.

Talk of Ramaphosa lifting restrictions and gearing up to Level 2 this week; he’d better first check with Eskom….
We don’t want a grid meltdown now, do we?

Eskom is a microcosm of the incompetence dished up by government, they are incapable of returning anything to working order. Its amazing how so much unintelligent life form can be concentrated within SOE’s and government – a Darwin award is surely in the offering

And coincidentally, it is remoured that we going into alert level two.