The revamp of SA’s national healthcare system aims to broaden access to treatment and reduce the cost of private care.
By Paul Vecchiatto and Mike Cohen, Bloomberg 21 Jun 2018  17:20 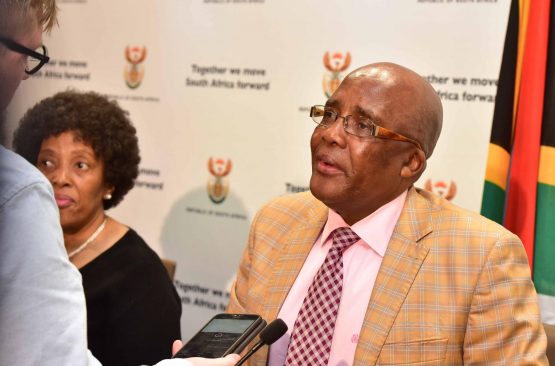 The Minister of Health, Aaron Motsoaledi forges ahead with NHI. Picture: Supplied

South Africa’s health-care system is set for a major overhaul as the government forges ahead with plans to implement mandatory national health insurance and reduce the cost of private care.

The revamp is part of an effort to broaden access to treatment in a country where first-rate facilities are available to those that can afford them, yet more than 80% of the population that doesn’t have private insurance largely relies on a public system with too few doctors and dilapidated hospitals and clinics. While South Africa spends about 8.7% of its gross domestic product on health, state facilities account for just 4.2%, government data show.

“We need a massive reorganisation of the public health-care system,” Health Minister Aaron Motsoaledi told reporters in the capital, Pretoria, on Thursday. “What we are designing here, no-one has done in the world.”

A draft law published in the government gazette proposes the establishment of a national health-insurance fund that would buy services from accredited public and private facilities, which would then provide care for registered members. While the law is largely silent on how the system will be funded, Motsoaledi said taxpayer contributions would be compulsory.

A committee answering to the NHI fund board and the health minister would determine the prices the facilities could charge on an annual basis, while another advisory panel would determine what services should be offered. The government plans to fully implement the system by 2026.

A separate draft law published Thursday proposes that private doctors and facilities be compelled to charge uniform tariffs for services and that co-payments be prohibited. Under the current system, medical insurers negotiate their own rates with service providers such as hospitals and doctors, while members face varying degrees of additional payments depending on their plan.

The draft law also proposes abolishing the use of medical insurance brokers and scrapping prescribed minimum benefits in favour of comprehensive coverage.

Health insurance companies currently have close to R60 billion ($4.4 billion), or 33% of their income, in reserves which is more than the 25% they’re legally required to maintain. The additional money should be used to improve their members’ health benefits, the minister said.

The public has three months to comment on the two draft laws.

The government first proposed the phasing in of national health insurance over a period of 14 years in 2009, but it has been slow to get off the ground and operational problems have been experienced at several pilot sites.

The insurance plan is “unaffordable, impractical and unfair,” because the government was unable to run an effective health-care system, Lungiswa James, a lawmaker for the main opposition Democratic Alliance, said in an emailed statement. “It does not matter how the minister tries to spin the NHI plan, the fact remains that it simply is not feasible.”

As a taxpayer I would be delighted to see it work. BUT – just consider the lack of treatment of cancer patients in Durban and the Easter Cape! Failure to treat these patients is a death sentence- and you cannot say sorry.

This is just one example of mal administration of the Health care system – there are many more examples of corruption ( in the purchasing of equipment) , lack of care and filthy / crumbling facilities. It is not a lack of money either.

Agreed, dare I say it, maybe we should join Bob in Oz!?? They have (had?) a scheme called ‘bulk billing’ where a half a day is set aside for ALL doctors (private or public) to accept ALL patients and the costs are submitted to the State. Not sure if this still exists!?
A further problem in SA, is the amount of immigrants that do not contribute an to the state coffers via income tax, but will use these ‘free’ health facilities….however, those locals that are unemployed should not be penalised?? Very difficult to police/manage and subsequently open to corruption?

The last time he spoke on the subject he said basically everybody who is now on a medical aid will be forced to belong to the new Govt Fund. Obviously, the Govt Fund will be so useless, dysfunctional and fraught with corruption (like anything the ANC touches) that people will additionally also have to join a private medical aid out of sheer frustration. However, that means that they will pay premiums x 2: Once for the Govt Fund and once for private. Is this still what he aims to implement?

NHI just another clever/stealthy way to fleece the SA taxpayer for a new type of “tax”. As you say, we’ll end up paying NHI-levies….plus your normal SARS individual tax…plus your private medical aid contribution.

In a (western) society, one’s SARS-tax (alone) should pay for adequate healthcare (I say “adequate” not world class)…now NHI-cost will be lobbed on top of everything. Watch this space! 🙁

I don’t understand the priority around NHI. The ombudsman and all evidence suggests public healthcare is falling apart. Most people dread the thought of going to a public hospital. Why not fix that up first? No use dreaming up a fancy plan that is going to fall flat when users hit the public system. Is this just another example of the ANC being incapable of accepting the facts and making spiteful decisions to hurt the country.

they ran public healthcare into the ground and dont know how to fix it so this plan is intended to force private industry to be opened publicly (where the most votes are) with the bill carried by the tax payers.

its about pandering to the largest voter base and consequences be damned.

Firstly, have no issue with a NHI if it is properly funded by can’t see how the country can afford private healthcare and then fund public hospitals.

I do agree that private healthcare pricing has spiralled out of control. I was quoted R700k for a relatives valve replacement surgery the other day. That is just ridiculous.

Lastly, the absolute critical thing to do now is to fix public healthcare versus doing anything else.

Great urgency around the health-care system yet an industry that is lawless, kills thousands every month and is operated by thugs, the taxi industry, is left untouched. It is this glaring mismatch of standards in everything the Government touches that really gets my attention. I cannot take this Government seriously when something so vile, reckless, lawless, without standards that kills daily and operates with impunity gets ignored while industries, that admittedly are not perfect but make the taxi industry look like the tragedy it is, get attention. The taxi criminality is in everyone’s faces every day and nothing happens yet healthcare needs an overall!

Excellent point… the government’s policy is never to fix what is broken, but always to find the next thing to break.

So how can a laywer, accountant, engineer determine their own fee (subject to market forces) but you tell a doctor what he/she can charge?

How is that constitutional?

How do you prevent this highly mobile and scarce resource then not to leave to a market that can pay him/her what they deem they are worth if they disagree with your government regulated rate?

A good example of incompetency of this government. Doctors will leave he country. The result will be long waiting lists at double the cost for current private facility users. Simple, you increase the demand for private care whilst also capping to lowering supply (its takes a premium to keep doctors and nurses in this crime invested country). The end result will be higher medical cost with poorer service.

Yup, the unintended consequences of the NHI, which is essentially a new tax. Simple.

This is absurd. There are barely enough doctors and specialists as it is. The solution is put the money into fixing public healthcare and opening new medical schools to increase the number of qualified medical professionals! The more doctors and hospitals you have, the more competition you create and the cheaper the service gets. Medical care is so expensive now because qualified medical professionals are few and far between and can therefore charge whatever they like.

Like everything they are trying to run this will also be complete disarray. Look whats happening now with public healthcare – a complete mess. 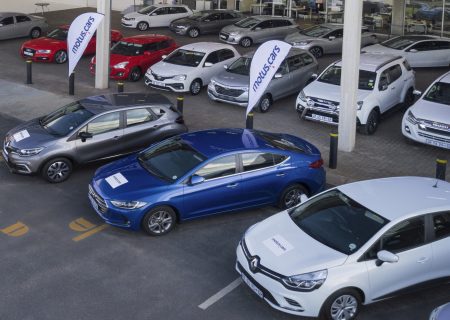