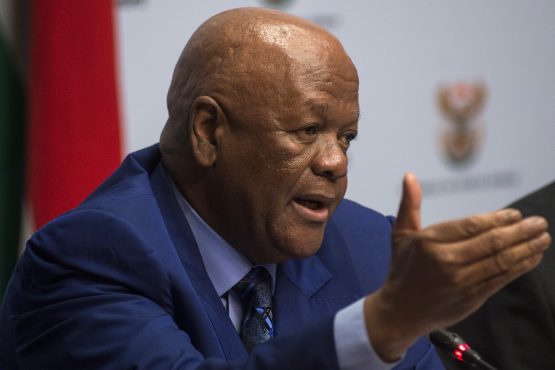 The signing of power purchase agreements for the 27 mostly solar and wind projects was held up for over two years under ousted president Jacob Zuma, who favoured a plan to build additional nuclear power plants.

It was also the subject of a last-minute legal challenge by the Numsa labour union and Transform RSA lobby group, but a court rejected their application for an urgent interdict last week.

The signing represents a victory for Ramaphosa, who has promised to unlock investment and kick-start economic growth since replacing scandal-plagued Zuma in February.

“This will bring much-needed policy and regulatory certainty and maintain South Africa’s position as an energy investment destination of choice,” the energy ministry said in a statement.

Ramaphosa, a wealthy businessman, has prioritised revamping the economy and turning around struggling state-owned enterprises like utility Eskom, which will purchase power from independent producers as part of the deals agreed on Wednesday.

Opponents of the renewable contracts argued that Eskom could not afford the additional financial burden and that they would lead to job losses in the coal sector.

South Africa relies on coal-fired plants for more than 80 percent of its electricity generation, while renewables contribute around 7%.

Transform RSA, which opposed Zuma’s removal as head of state, said it would continue to fight the renewable deals and had appealed last week’s court ruling dismissing its application for an interdict.

“Eskom simply does not have the liquidity, cashflow and strong balance sheet to support this hideous gamble on the fiscus and state electricity supplier,” Transform RSA president Adil Nchabeleng said.

Sanity prevails, even though it took some time to sidestep many insane policy makers.

No, Transform RSA. They appear to be Gupta (or other foreign interest) puppets trying to leverage the name of “Transform SA”.

Yes!!! Well done Cyril my man! Keep up the good decisions.
Now all you have to do is privatize the SOE’s and then we are really on our way. Nothing like competition to create employment and motivate initiative.
Plus…in addition ..also you’ve committed to conservation and the wellbeing of the planet. A true Renaissance man. Good news indeed!

And this delay was because of a certain greedy group. the idiot used to tell us every SON speech about the 500000 jobs he was going to create. Here is 60000 that he does not need to create. Even with a surplus we can export it to our neighbours..

…… the projects will also create 58,000 new job. This sound totally unrealistic to me. Consider a few points: Eskom that is over staffed has less than 50 000 workers? Some wind farms function on less than 12 workers?

would love to hear Ted Blom’s opinion on this.

@Chev. Remember they said about creating thousands of jobs when they signed the controversial arms deal for those submarines and frigates. They say this to allay the UNIONS backlash. Its difficult being a politician!!!!