South Africans are losing trust in government and the media. This is according to the 2020 Edelman Trust Barometer survey conducted by US-based public relations and marketing consultancy firm Edelman, in 26 global jurisdictions.

The annual survey, which measures the level of trust in governments, the media, business and non-governmental organisations, says the world is becoming less trusting of these institutions.

The fall in trust comes despite a strong global economy and near full employment. It says a sense of “inequity and unfairness” is driving distrust, as the institutions “increasingly serve the interests of the few over everyone”.

Edelman says these institutions are not effectively building trust on two factors: competence, which is delivering on promises and ethical behaviour, which is doing the right thing and working to improve society.

The strong economy has also done little to allay structural changes to the world economy. It found that 83% of employees: “fear losing their job, attributing it to the ‘gig’ economy, a looming recession, a lack of skills, cheaper foreign competitors, immigrants who will work for less, automation, or jobs being moved to other countries”.

The barometer measures trust out of 100, with 50 being the threshold of what it considers trust in an institution. Overall trust stands at 54 points in 2020, a point rise, however Edelman stresses that this does not tell the whole story.

This is even more true at home.

The survey found that trust in South Africa’s government has fallen one point to 20 points (the lowest in the 26 countries measured).

SA’s media did not rate well either, as it has fallen a point to 40 points. This reflects a global trend where overall trust now sits at 49 points.

The growing distrust in media can be seen in 57% of those polled agreeing that the media they used is “contaminated with untrustworthy information,” and 76% worrying about “false information or fake news being used as a weapon”.

Trust in local business is, however, unchanged at 58 points.

Trust in South Africa has fallen from 45 points in 2019 to 44 points in 2020. From what Edelman calls the ‘informed public’ — wealthier, more educated, and frequent consumers of news — trust stands at 49 points, while that of the mass population is at 44 points.

Conversely, I still have my FULL TRUST in the state….

….i.e. in its ability to slowly transform SA into a 3rd world country.

I fully trust the ANC to achieve long-term economic decline (…and boy, have they ‘delivered’ to date!)

Want to understand the lack of social cohesion and trust in this corpse of a country? I recommend reading Robert Putnam’s ‘Bowling Alone’. Much of his findings are self evident, yet it is always good to have empirical data on hand.

Exactly.
This ship has already sailed and is lost over the horizon.

Is that the one gone to repair the West coast undersea network cable?

I think there’s more of a bet than a trust here.

Holy cr*p! We are literally off the chart on ethics. They ran out of space to include us.

That just about sums up everything you’ve seen on SA politics for the last 5 years.

Off the chart on both axes?

yeah. and remember that the earth is flat now….

56% of the voters still trust the state..

….of course they will: they don’t want to lose their SASSA grants, do they?

Obviously, plenty of freebies for the masses in SA’s welfare state….

The SA state has lost all competence and sticks to failed policies that will never deliver growth but will increase debt and recession.

If a multi national underperforms and no more trust is evident in it’s leadership, the board replaces them

Conversely, the voters should do the same to this lame Government

Unfortunately the unemployed masses are the majority, and the ANC wins as a result of:

I still maintain that if only the Tax Payer (who contributes 50% to State Coffers) had the vote, most if not all current Civil Servants and Leadership would be unemployed and the current unemployed Masses would have jobs

Party deployees (?) should, cannot vote for the duration of their deployment, for obvious reasons.Neither should Government employees, all three tiers, above the pay grade of Cleaner, be allowed to vote for reasons of impartiality

Losing trust? That ship sailed, hit the iceberg, sank and its remains were picked clean by pirates. Nothing the ANC does or say could ever repair the damage it has done.

At the polling stations they are not voting form trust in the state, they are voting for SASSA payments.

Nope. The article is about “losing” trust…(not which party has the most trust)

Even when the ANC still holds the majority support, the % support for the ruling party has SEEN DECLINE from 1994 (there are many sources on these stats)

Loosing trust? That trust was lost a long while back.

Another stunning performance by the erstwhile ANC.

Trust the ANC whose elected leaders in the NEC include:

Come on -Trust is earned-but from this lot?

Losing? You must be joking. It’s not a state, its a mafia

For those who had trust in the state the ANC would like to offer you a t-shirt with the appropriate word on it: S U C K E R.

I think you mean ‘lost’ and not ‘losing’

What a joke we are not losing trust.
” We have lost trust”!!!

Well it’s a fact and not so much an opinion that our state lacks both competence and ethical behavior. Thus, it should come as no surprise that SA is an ‘outlier’ amongst it’s piers.

China topping the chart is a bit worrying, I am not sure those figures can be relied upon as China surely cooked the books. Also, how did Mexico gain 10 points?!

Awesome. There’s my dose of irony for the day.

Hmmm…. Very few comments (none!) that trust in the MEDIA is also in free fall mode.

Also, it’s not only the ANC that lacks trust. This applies to ALL the political parties generally.

There’s too many individuals everywhere gaming the system for selfish partisan agendas.

Trust in the Government? No, nutt do we trust anyone in South Africa? Many of us see institutions as less than trustworthy be it insurance companies, investment advisers, medical aids, banks, car dealerships, municipalities, car maintenance people, dishonest house sellers, police, many in the medical profession, lawyers, the many criminals be it petty or small and so many more. And why do I say this? Because time and time again I find myself having disputes with many of those mentioned, be it the house seller who failed to report latent defects, the investment adviser who accepts no responsibility for advice which was for his own interest and just too many to mention. The corruption, dishonesty and lack of ethics runs deep in South Africa.

When an entity’s stated goals and actions include:
Confiscation of private property, theft of income, disarmament of citizens, restrictions of freedoms, dehumanizing political and ethnic opponents, encouraging criminal acts against said opponents……
That entity is referred to as The Enemy.

UAE on the ‘ethical’ chart??? I think we can disregard this as fake news.

Everything is fine. Don’t worry! CR

Withe remembrance to the comment by Patrice Moppet of Rainbow whatever that Africa loves America, I had heard that god loves Africa.
I’m waiting for the T-shirt that proclaims that the ANC loves taxpayers. 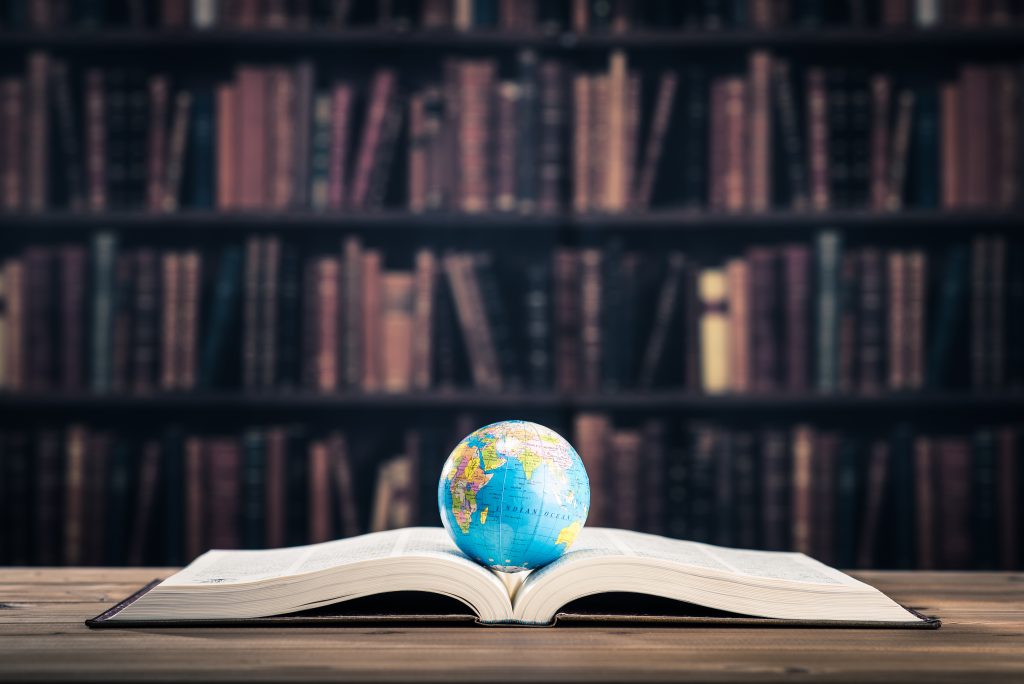