Consumers say they are in a better financial position compared with 2020 and are planning to spend more over this period.
By Palesa Mofokeng 3 Dec 2021  00:01 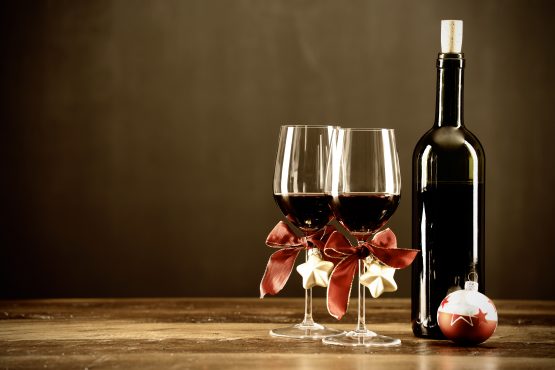 The lack of restrictions on alcohol purchases should support sales, but the fourth wave of the pandemic might dampen enthusiasm for large gatherings. Image: Shutterstock

This year’s festive spending is expected to increase by 20% compared with the previous year, despite household food basket contractions on the back of high food prices.

Based on Statistics SA’s mid-year population size estimates, this means consumers are set to pump R252 billion into the local economy.

This is according to the Summer Spending survey conducted by short-term lender Wonga.

The survey reveals that consumers are budgeting to spend an average of R6 326 over and above their usual monthly expenses during the festive season, compared with R5 673 in 2020.

Of those surveyed, 41% said they are better off financially in this year’s season and only 23% say they are in the same financial position as last year.

“Our survey revealed that 37% of people think they’ll spend more this festive season than they did in 2020, despite the ongoing financial impact that the Covid-19 pandemic has had,” says Bryan Smith, content manager at Wonga.

“The increase in predicted spend overall is significant and the figures this year are encouraging, reflecting the upward trajectory of the economy,” he adds.

According to senior equity analyst at Sasfin Bank Alec Abraham, the projection that consumers will spend more this year is only plausible in nominal terms.

“While employment has not recovered, a number of factors such as the extension of the Social Relief of Distress grant, an uptick [compared with 2020] in unsecured lending, higher prices, and no retail restrictions like liquor sales to speak of should support higher nominal total retail sales,” he says.

However, Abraham adds that in terms of the liquor sales, the expected uptick may change by December depending on the progression of the fourth wave.

To cope with the extra expenditure over this period, most people surveyed plan to draw from their year-end bonuses, use their savings, or rely on stokvels. Others plan on taking out a short-term loan, with fewer respondents saying they will spend money on their credit cards to get them through the festive season.

The survey also reveals that most South Africans plan to buy gifts this festive season – with 77% of respondents planning to spoil their family, up from the 75% seen in 2020 but down from the 83% seen in 2019.

“Interestingly, 21% also plan on buying themselves a gift this Christmas,” the survey report noted.

Similar to 2020, 21% of respondents plan to do all their shopping online, up from 13% in 2019. This is driven by the increase in ecommerce given the lockdowns and changing purchasing habits as a result of the pandemic.

Read: Make this a season of festive cheer and not festive fraud

However, there is still a 2% increase in consumers preferring to shop in-store, although this has declined since 2019 and is also down by 11% when compared with 2018. Other respondents intend to make their own gifts or purchase gifts from markets.

“This year has been a somewhat better one for some people, however South Africans are more cautious about spending their money, especially in the wake of recent developments involving the new variant [of Covid-19],” says Smith.

“The survey was conducted prior to the recent announcement of the discovery of the new Omicron variant [of Covid-19]. This has unfortunately dealt a blow to optimistic hopes that the local economy would enter 2022 on a firmer footing.

“We are hoping that the economy proves to be resilient in the face of this new development and that South Africans can enjoy a safe and peaceful festive season,” says Smith.