Spies from SA want to give Sasol, MTN a helping hand

The South African State Security Agency’s primary task is to monitor and identify threats to national security.
By S'thembile Cele, Bloomberg 26 May 2021  09:43 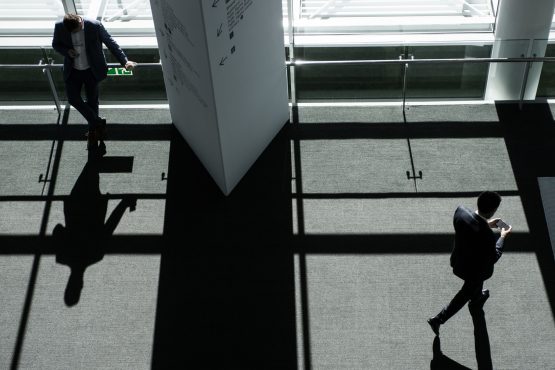 South Africa’s spy agency is beefing up its economic intelligence unit so it can play a proactive role in supporting the nation’s companies as they expand beyond their home base.

Firms that could benefit from the intelligence operatives’ expertise include telecommunications giant MTN and Sasol, the world’s largest producer of motor fuel from coal, according to State Security Minister Ayanda Dlodlo. MTN operates in 21 markets, while Sasol’s business spans 30 countries.

Many nations’ intelligence agencies “support big conglomerates that have invested in other countries. That is what we need to be doing,” she said in a May 18 interview. “That work has begun in countries like the Democratic Republic of Congo and Central African Republic and other countries.”

The South African State Security Agency’s primary task is to monitor and identify threats to national security. Its ability to fulfill that function and promote the nation’s economic interests has been undermined by management shortcomings and its immersion in political power battles within the ruling party during former President Jacob Zuma’s rule — problems Dlodlo has pledged to address.

“While we cannot speak with any certainty on the import of Minister Dlodlo’s comments, we appreciate that Sasol is rightly considered a critical and strategic contributor to the South African economy” and plays a key role in safeguarding the security of the nation’s liquid fuels supply, the company said in an emailed response to questions. “Both in our home country and in other parts of the globe we do business in, we consider it our responsibility to cooperate with government agencies, our fence-line communities, investors and our other stakeholders.”

MTN didn’t reply to questions. Dlodlo didn’t indicate whether firms had been approached to see if they wanted assistance.

The minister also wants South Africa to derive greater benefit from its involvement in peacekeeping efforts in war-torn countries elsewhere on the continent, saying its efforts have on occasion worked to its detriment.

Almost 1 000 South African troops are currently based in eastern Congo, where they form part of a United Nations peacekeeping mission. The country is also involved in helping combat piracy off the coast of neighbouring Mozambique and has participated in peacekeeping efforts in Burundi.

Hundreds of South African soldiers were also stationed in the CAR, following the signing of a cooperation accord between the two countries in 2007. That operation was terminated in 2013, after rebel forces killed at least 15 of its personnel.

“We have lost blood, sweat and tears. We have lost money in our investment for peace,” Dlodlo said. “My economic intelligence unit must assist government to unearth the economic opportunities that can be derived from what we have put into these countries.”

The last people to be given access to any sensitive company records.The thin edge of the wedge in total control.

Yes … “The South African State Security Agency’s primary task is to monitor and identify threats to national security.” shows their uselessness in that they have not monitored and informed on the destruction of the economy by the ANC.

This is a brilliant idea and will definitely help our country with an economic advantage! All countries do this and finally we are doing it.

It is so wrong in so many ways. Stop with the fuzzy feel good initiatives. Fix the electricity supply, reform militant labor laws, shelve BEE and respect property rights. If you really want to shoot out the lights with a awe inspiring performance…fix infrastructure… But the ANC can not, South Africa is FUBAR. Oh and one of the first two comments above was made by an agitator or more likely fall below the – 2 on the normal distribution af an IQ scale. Our government and its officials have proven themselvels incapable of even the most basic functions and without a shred of dignity. They will sell the information package without hesitation to the highest bidder or for a townhouse in a not-so-good-area or a C-class or a night in a 4 star hotel… The other comment says it is a bad idea.