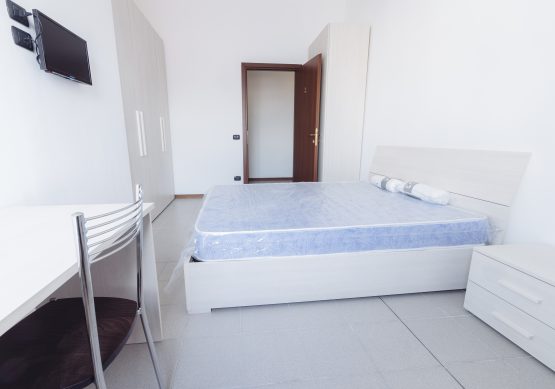 Speaking on Monday in Alexandra, Johannesburg, Nkomo said the venture – dubbed Ithubalethu – aims to raise R250 million in the first tranche by targeting private investors. He says that even “the man on the street” can invest in the business, with as little as R5 000, as Ithubalethu wants to play a role in increasing the number of black South African property investors.

Nkomo acknowledges that 2018 turned out to be “a terrible year” for the listed property sector. “However, we still see huge opportunity in student accommodation and have opted to launch Ithubalethu as a privately run developer in the sub-sector,” he told Moneyweb.

“We planned on listing our Inkunzi Student Accommodation Fund (ISAF) with a R1.4 billion portfolio a year ago. But then the listed property sector fell into a state of turmoil at the beginning of 2018, brought on by the sell-off in the Resilient stable of companies. When the Resilient situation hit there was a large sell-off and contagion affected the listed property sector, which made it impossible to raise the money we needed to buy student accommodation assets.”

Nkomo says that with Ithubalethu the idea is to become a developer in the student accommodation sector, and to prove itself in the market until a listing becomes possible. Ithubalethu will be a black-empowered player in the sector and hopes to leverage off this to secure leases from universities and support from government.

“There is a huge shortage of student accommodation in SA and the rest of Africa, reported to be well over 500 000 beds,” he says. “SA accounts for at least half of this, with the department of higher education saying that some 250 000 beds are required for student housing for universities alone.

“The first tranche of investment secured by Ithubalethu – a target of R250 million by mid-April – will be used to begin construction on one or two of our initial student housing developments. We have identified several sites around SA, including Durban, Cape Town and near the University of the Witwatersrand in Johannesburg, but are also looking at secondary cities like Polokwane and Mafikeng,” he explains.

“While Ithubalethu is a private company, it still has a board and an independent investment committee,” says Nkomo, adding that operating as a listed property company will make for an easier transition when the company eventually lists. “It may be five years down the line, as we have a lock-in period of five years for initial investors. However, we could still also list ISAF as a separate business operating as a pure student accommodation real estate investment trust (Reit) when the time is right.”

He says Ithubalethu could then serve as a supplier of developed student accommodation assets to ISAF.

He points out that while Ithubalethu may seem small with its initial capital raise of R250 million, when JSE-listed Redefine Properties first announced its intention to buy a majority 51% stake in student accommodation provider Respublica in 2014, the stake was valued at just over R200 million.

At the time, Respublica had a capacity of around 2 700 beds; today it is more than double that figure. Redefine is reportedly aiming to grow Respublica to a capacity of 10 000 beds by the end of this year, valued at about R6 billion, and is considering listing Respublica separately in the future.

JSE-listed Indluplace Properties, a residential-focused Reit, is also active in the student accommodation space. Other major unlisted and privately run players include upmarket CampusKey, as well as the Feenstra Group. There are also dozens of other smaller regional players.

ISAF had aimed to become the first student accommodation Reit on the JSE, while CampusKey also looked into a listing.

Nkomo says Ithubalethu will differentiate itself in the market as a more affordable student accommodation provider, with monthly rentals around the R3 000 mark.

Commenting on student accommodation as a new niche sub-sector of the property industry, Lawrence Koikoi, a listed property analyst at Stanlib, says student housing is looking more lucrative due to underperformance of the traditional office, retail and industrial property markets.

“Alternative sub-sectors in the property market – such as student accommodation, storage, logistics and even healthcare – seem to be performing better,” he says. “One just needs to look at the better performance of Reits like Stor-Age, Fairvest and Equities Property Fund. It is a matter of time for a pure student accommodation player to list on the JSE.”

Koikoi adds: “Last year was very tough for the listed property sector, so any new listing would have found it challenging. ISAF’s plans to list would have been impacted by this, as it was difficult to raise equity amid the volatility in listed property. It was more a case of poor timing and not linked to the potential of student accommodation as a new property asset class.”

If 10 000 bed will be valued 6 billion, then each bed is worth 600 000. R3000 a month would be exactly 6% return. I guess water and electricity is included, decreasing the return. Add to this maintenance, and I know it will be higher than in case of normal property, municipal taxes, security and whatever other overheads and the return will be dismal.

That was my assertion as well. The maths here is very basic.

Not sure why this new project is compared with a company which happens to be valued at multiple billions but aimed at a different market, that is, rich kids. The valuation by Redefine of Respublica is on projected NOI rather than asset value/ cost to bring to market. Likely calculated with zero vacancy since an academic institution may take the head leases.

Valuation seems pretty high based on their current average per bed income, but they do offer a number of premium priced rooms/suites and it also depends on cap rate used. And they will want to attract investors!

For Ithubalethu, the cost per incoming producing bedroom could be sub R300k to +R400k, depending if refurb of an existing building or new build, the bulk sqm acquisition cost, quality of furniture and fittings, the amenities offered. DHET lays down guidelines. R3k rental is per bed per month, usually over 10 months of an academic year; there’d be 2 beds per bedroom.

Op costs including maintenance could be 35% to 40% of effective gross (economy of scale will reduce op costs.) They could be looking at 9% – 12% initial yield plus capital growth. They may also have zero vacancies if head lease by an academic institution. Depending where a building is situated, a UDZ tax allowance could be available until 2020, which should be a cherry rather than a decider.

I agree , the return on investment will not be attractive . However the plan seems to be to gain financial support from universities and government ( the PIC ) to provide financial assistance to the student tenants . As a 100 % BEE company trying to assist poor students , it hopes to acquire soft loans from government institutions like the PIC .
If a near worthless Ayo can get R4billion from the PIC , then a paltry R250m as start up capital should not be a problem .

They are definitely going to go to the PIC and some other insurer like Old Mutual to fund it but this is very long term. Lock in period of 5 years is little. Investors must look at at least a 10 year horizon to get meaning returns and capital gains.

Business deals with entitled students and corrupt government is a sure recipe for disaster. Rather take the ” as little as R5000..” and blow it on something worthwhile like a wild weekend somewhere.Your return will be much better.

Back in 1987 Gordon Gekko said one fundamental thing “the only colour that matters is green”. If you are going to make investment based on sentiments without even looking at the fair value of an asset your aren’t a true investor.

Before I read articles these days I go to the comments section first to read separatists statements like LuluAlert and Edalsg – No where did it say BEE but you are concerned that you saw “Nkomo” and “Ithubalethu”.

But each to their own!

“Ithubalethu will be a black-empowered player”. You are just as bad at reading as you are at watching movies. Gordon Gekko was fictional character put away for securities fraud. Lol a typical freeloader just like all the investors and punters of this drivel. Leave investing to the big boys.

You really should rather read it yourself! Paragraph two clearly states:”Ithubalethu wants to play a role in increasing the number of black South African property investors.” If that is not a reference to BEE, then read this article on the same company:

They don’t have to say it in so many words to know what they mean…you see? Like expropriation without compensation was denied emphatically by the ANC. They said it would never become part of agenda….. here we are…

Moneyweb’s Ray Malhaka reported on 28-07-2017 that this would be a R2.5 billion property fund. Then the “thwarted listing” in 2018 was going to be R1.4 billion, now they’re asking for R250 million, with as little as R5,000 to get you in. These valuations appear to be calculated by someone who is trying to pin a tail to a donkey blindfolded. Be careful – The term “student accommodation” is being used interchangeably with LOW COST HOUSING, and these developments are creeping into suburbs which may affect the values of properties in the area. I hope that by the time they convince people to fall for their scheme there is something better to waste your money on, like setting it on fire….

Thinking. Tomorrow leaders. The sought after ones with IQ levels outdoing property lords. They making sure listening to the master when times comes.