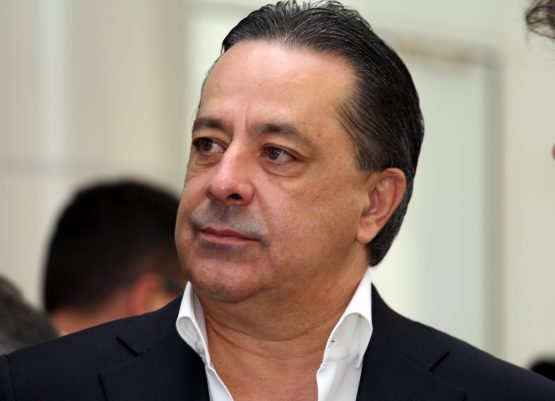 South Africa’s Steinhoff, which owns more than 40 brands including Poundland in Britain, revealed accounting irregularities in December, sparking an 85% share price fall that wiped more than $10 billion off its market value.

It has since been scrambling to sell assets and find short-term funds to avoid parts of its business pulling down the sprawling retail empire.

“Based on our investigations to date, we have reported the former CEO Markus Jooste to the Hawks … The matter is now in the hands of the Hawks for investigation and prosecution,” Steinhoff’s acting chairwoman Heather Sonn told the committee, citing the Prevention and Combating of Corrupt Practices Act.

Jooste, who oversaw the company’s rapid expansion over almost two decades, resigned on December 5 as the accounting scandal broke. The former CEO has not made a public statement since and could not immediately be reached for comment.

“We don’t know at this stage if the crisis could have been prevented,” Steinhoff’s acting chairwoman Heather Sonn told a joint finance, public accounts and public service administration committee called to get preliminary information on Steinhoff.

She added that the company was committed to fix what went wrong and that it was co-operating fully with all regulators, having reported Jooste to the authorities to investigate suspected corruption.

Read: A bolt from the blue

The Hawks – full name the Directorate of Priority Crime Investigation – is responsible for investigating national criminal priorities such as serious organised and commercial crimes and serious corruption.

Hangwani Mulaudzi, the Hawks spokesman, told Reuters the unit opened a case to investigate Steinhoff in December and has sought the help of Interpol in its inquiry.

“No one is in custody, no one has reported to the Hawks, and we have not yet visited the offices to look at the company’s computers or books. We have a case plan, a schedule and we will go step-by-step, this is a complicated case,” he said.

Steinhoff shares rose around 2% as the hearing was taking place.

Steinhoff officials said that retention of jobs, including 50 000 in South Africa, was one of the company’s key aims.

Steinhoff’s former chairman and leading shareholder Christo Wiese, who also spoke at the hearing, said the scandal “came like a bolt from the blue”.

Wiese said he became aware of problems at Steinhoff three working days before the company’s accounts had to finalised for a board meeting in December. He said Steinhoff was in “absolute turmoil” at the time “when this bomb exploded.”

Wiese said he “understood people’s anger” after the firm admitted to accounting irregularities.

South Africa’s Financial Services Board (FSB) said it was investigating two cases of possible insider trading and one of false or misleading statements relating to Steinhoff.

The Johannesburg Stock Exchange said it was still far from uncovering what had happened at the retailer.

South Africa’s Government Employees Pension Fund (GEPF) said its shareholding in Steinhoff depreciated to R1.8 billion ($152 million) on December 31 from R24.1 billion  on November 30, in the wake the accounting scandal at the retail group.

South Africa’s central bank said it was investigating whether Steinhoff had breached any exchange control laws or regulations. Were Steinhoff to collapse, it would not result in financial instability, the bank added.

“While the collapse of Steinhoff may result in significant losses for banks, lenders and investors, Sarb is of the view that this will not result in financial instability,” the bank said in its presentation. “Sarb is investigating whether any exchange control laws or regulators have been breached.”

‘A bolt from the blue’ for one of the most savy investors around?
Hard to believe but then again Christo is not as young as he used to be and we all know that the senses deteriorate with age. A sad legacy indeed.

Possibly a factor of complacency (that set in over the years) as well.

Just as well he is not Pinocchio. I find it very difficult to believe. Having worked for a number of very wealthy people I know their attention to detail on things that count is second to none.

Wiese is a board member on 20, 30 companies and he was hugely exposed to Steinhoff. So either he didn’t know, didn’t know enough or was incredibly reckless at the time.

I hope the Hawks do not become doves with this investigation.

Could also be a clever “PR” exercise, i.e. for SNH to save face / improve investor sentiment (trying to recover some share price loss…so that some pressure is relieved off their debt-financing dilemma).

Marcus Jooste did his articles in a company owned by Wiese . Records do not say what company. He then went on to work at Gants food. For those people who are not aware Dave Gant ( aka Gants Food) , Mervyn Key and Lawrie McIntosh along with Wiese were involved in the Tollgate saga. This led to the infamous bailout of Absa by the reserve bank. Messers Key and McIntosh together with Mr Wiese started a company which became Pinnacle Point Group. Another Wiese protégé Steven Kruger who was the CFO of Pepkor was involved in Pinnacle. That went down owing pensioners millions. As much as things appear to change it all really stays the same.