Around 92% of university students who receive grant funding from the ISFAP pass.
By Tebogo Tshwane 5 Jul 2019  00:13 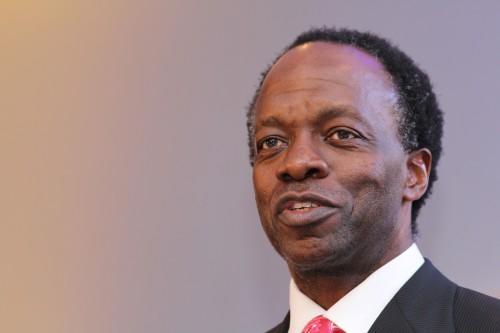 Nxasana sees expansion opportunity for funding scheme on the back of new B-BBEE amendments. Picture: Moneyweb

South African youngsters are getting a break.

The Ikusasa Student Financial Aid Programme’s (ISFAP) model has not only created an avenue for the ‘missing middle’ to have a chance at free higher education but has shown that funding coupled with support goes a long way towards ensuring academic success.

ISFAP funds 1 700 university students and has achieved an average student pass rate of 92% in its just two years of operation.

The basic objectives of the model are to provide access to university education by giving students grants for their full costs of study coupled with comprehensive support to curb drop out rates.

The programme funds students who form part of the so-called missing middle (households with an income of R350 000 to R600 000) and are enrolled for what are considered scarce skills degrees in finance, science, technology, engineering and medical sectors.

Now recent amendments to the Generic Codes of Good Practice on broad-based black economic empowerment (B-BBEE) have created an opportunity for the scheme to expand the pool of students it supports.

Ikusasa raises funding from various sources in the public and private sector but the vast majority of the money comes from private business and investors.

One of the new additions to the codes allows employers to score four BEE points if they spent 2.5% of their skills development expenditure on bursaries for black students.

This is a policy change that the programme was pushing for in 2017 when it was still in its beginning stages. Nxasana says this amendment is going to open up a significant amount of funding for Ikusasa going forward.

Ikusasa partners with 11 tertiary institutions and with enough funding, it plans on expanding the programme to all the universities in the country.

“Depending on donations and corporate social investment funds is limiting,” says Nxasana. “If you look at the total demand for students who are the missing middle we need about R28 million a year and you can’t achieve that through donations alone.”

Nxasana says they have already seen interests from companies who want to partner with the programme, especially because they can tailor their intake of students to the skill demands of a specific company. He added that in addition to BEE points, the return on investment is high because while many companies run their own bursary programmes, he has not seen one as successful as Ikusasa.

“A company could be spending between R5 million to R10 million on bursaries and hoping that the students will pass but typically the average pass rate is between 50% and 60%. Now, you have access to a holistic platform that ensures that students are successful,” he said.

Nxasana says the programme would go a long way in reducing unemployment in the country by creating an appropriately skilled workforce who already have pathways to potential employers.

On reducing youth unemployment Nxasana, who headed the National Student Financial Aid Scheme for three years and is a teacher himself, says there would be no “shortcuts”.

He said while programmes like the Youth Employment Service (YES), a government and business initiative launched to create one million job opportunities, are commendable young people need to have skills in order to make it easy for businesses to employ them.

Nxasana says there needs to be an emphasis on basic foundational skills such as numeracy, literacy and computer skills, which the schooling system should be able to provide.

Secondly, Nxasana said there needs to be a focus on fixing TVET colleges spread out across the country where the quality of the education needs to be improved significantly. Not only is the dropout rate worse than universities but those who qualify cannot find work.

“It’s a long game,” says Nxasana. “Those who are able to access university are already privileged and it’s only a fraction of young people who finish school, so we have to sort out the system”

Of those unemployed graduates, how many studied worthless degrees such as political science, [fill in the blank] Studies, Art History and the like? There is a difference between being unemployed and unemployable.

I recommend ALL students to study HR-science. Or start your own HR-placement company. Then SA can become a global HR hub, and a world leader on transformation.

(…is there a global demand on ‘transformation technology’ that we can export? Or will 4IR wipe it all out??)

I cannot believe the alleged 92% pass rate. My considerable study experience and information suggest that very few students obtain their degree in 3 years and at least 50%+ of first year students drop out or fail even the first year. So call me highly skeptical. This whole scheme is just another tax and essentially a waste of money.

Absolutely! 1st year Physics, our prof told us: look left, and look right. Only one of you 3 will still be here at varsity in 4 years. But perhaps this doesn’t apply to rubbish courses like BA (Transformation / Whiteness Studies.)

good for him. I’m glad he is able to pursue the education vision despite the irritations at NSFAS

“There are three kinds of lies: lies, damned lies, and statistics.”
I’ve heard that 72.5% of all statistics are made up…. 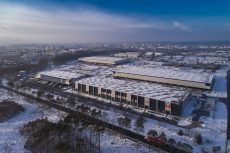