With no immediate end in sight, despite the Public Protector finding in his favour years ago.
By Ciaran Ryan 30 Mar 2021  00:01 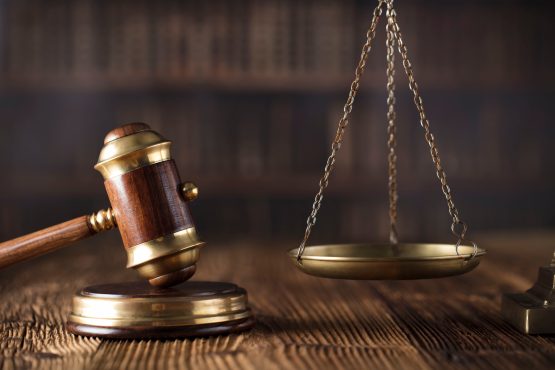 The municipality ignored the Public Protector’s order to reinstate the whistleblower. Image: Shutterstock

Thuso Bloem was suspended from his position as a senior administrator at the Greater Taung Local Municipality in North West province on May 17, 2011, by a municipal manager who, having been accused of corruption, had himself been suspended that same day.

While working as a legal clerk at the municipality Bloem had found the then-municipal manager, the late Mpho Mofokeng, to have run up R56 000 in personal expenses on the municipality’s account and awarded a R188 000 tender to a family member.

Bloem made a protected disclosure to the then-mayor Itumeleng Makgalemele.

On the very day Mofokeng was suspended, he issued Bloem – who had by then been promoted to senior administrator – with a suspension letter of his own, alleging that he abused his municipal vehicle, along with other accusations of impropriety.

The municipality refused to recognise Bloem as a whistleblower, and denied that he suffered occupational detriment, as defined in the Protected Disclosures Act.

This is a case of a suspended official suspending another.

While under suspension, Mofokeng approached the Labour Court to interdict Bloem from entering the municipal offices, but this case was dismissed with costs. All the while, Mofokeng was using municipal funds to fight what Bloem says were personal battles.

Few of these facts are disputed. They are detailed in a 2018 Public Protector’s report which found that Bloem had indeed suffered occupational detriment, and ordered the municipality to reinstate him and, within 60 days, to institute civil action to recover all wasteful expenditure against all municipal officials, whether still employed or not.

The municipality was also ordered by the Public Protector to table her report before the council – something that was apparently never done.

The municipality applied to the High Court to have the Public Protector’s report set aside. It remains locked up in the court process.

Bloem was then dismissed from his job after a disciplinary process, which the municipality deemed procedurally fair and just.

Bloem took his dismissal to the Labour Court, which dismissed the case, arguing that internal remedies at the municipality had not been exhausted.

It remains unclear why the municipality decided to get rid of Bloem but not Mofokeng, who steadfastly refused to vacate his office, despite his suspension by the Municipal Council.

The Public Protector came down squarely in Bloem’s corner and found that he was unlawfully dismissed and suffered occupational detriment.

This was not the first time Bloem, also a South African Municipal Workers Union shop steward, had blown the whistle on corrupt practices at Taung Municipality. In 2008, he received reports of fraud and corruption against the previous municipal manager, and lodged a criminal case at the Taung Police Station. The then-municipal manager was suspended from her post.

Bloem, meanwhile, has remained without work for the better part of a decade, despite the Public Protector finding in his favour, with a claim for backpay now running into millions of rands.

“This shows that whistleblower protection in SA does not work,” he says. “My case is a perfect example of what can happen – you do your job honestly, report corruption and fraud as I was required by law to do, and I get dismissed, with no source of income.

“This sends a terrible message to other would-be whistleblowers,” says Bloem.

“The municipality jumps to lawyers and court not to find resolution, but to frustrate those it considers bothersome.”

The Public Protector’s report gives further substance to Bloem’s claim: “The fostering of a culture of disclosure is a constitutional imperative as it is at the heart of the fundamental principles aimed at the achievement of a just society based on democratic values.”

The Taung municipality relies on transfers from national and provincial governments for nearly 80% of its budget, according to Municipal Money, a database on municipal finances around the country run by National Treasury, and has received qualified audits for the last three financial years for which figures are available.

Internal accounts supplied to Moneyweb show an amount of R4.7 million spent on legal fees for the 18 months to January 2019 – much of this apparently related to disciplinary matters against current and former staff.

Read:
North West residents take matters into their own hands, and get court’s blessing (Feb 9)
Another citizen group takes its local municipality to court (Feb 26)

The Centre for Good Governance and Social Justice, a non-profit organisation aimed at restoring sound governance at local government level, has taken up the baton on Bloem’s behalf. It has asked the Portfolio Committee on Cooperative Governance and Traditional Affairs (Cogta) to investigate Bloem’s allegations and take remedial action, including a full audit of all litigation undertaken by the municipality.

“We cannot make progress in restoring sound local government unless we provide absolute protection for whistleblowers and stop officials from using municipal funds to launch vexatious and frivolous cases under the cover of disciplinary hearings,” says Mandla Mpempe of the Centre for Good Governance and Social Justice.

“There must be personal consequences for officials engaging in this type of behaviour.”

Moneyweb sent detailed questions on the case to the Greater Taung Local Municipality, but no reply was received, despite email and phone follow-ups.

SA has a FAKE justice system run by the anc. What is the expectation????

”In South Africa, the Protected Disclosures Act (no 26 of 2000) makes provision for procedures in terms of which employees in both the public and private sector who disclose information of unlawful or corrupt conduct by their employers or fellow employees, are protected from occupational detriment”

I think the above might be true but begs the question – what process and/or procedures must be followed to get protection?

I was a ”whistleblower in one of the biggest ”private sector” fraud cases in SA history (Steinhoff recently surpassed it) – my sworn affidavits are still in the possession of the NPA and reported in the media etc.

What happened to me ?- I lost everything I had as I was effectively ”retrenched” and ”disbarred” from employment by my ex-employees who refused to supply any references etc.

Funny things happened as well – I lost my car’s right front wheel on the highway and almost had a horrible accident. Most nuts were removed on both my front wheels etc.

Was it worth the risk and effort – categorically NO.

Sorry to hear of the treatment melted out to you. I take my hat off to all the whistle blowers around the world.

I’ve heard scary stories in SA, like yours of live poisonous snakes being delivered.

In a land where police forensic expertise is virtually non existent; we should be protecting and encouraging whistleblowers because they expose the rot which is normally swept under the carpet due to incompetence/work load of detective work.

If the NPA did their job, ratepayers would not be on the losing end of these bloated legal processes.

Very similar to trying to get rid of levy defaulters in sectional title complexes, also takes 10 years or more.

A bit of speculation here in trying to understand some of the actions taken here. If you were Mofokeng and you get bust for amounts of R56000 and R188000 but the Municipality is paying out legal fees of R4.7M and R27M would you not feel aggrieved so much so that you bring a firearm to work (sarcastic).

I thinks that there is a lot more on the go than amounts of R56K and R188K and he knows it.

Eish – so is my comment to ”hot to handle” again?