DP Naik was sentenced after falsely claimed to be exporting cigarettes to Zambia to avoid paying excise and duties.
By Ciaran Ryan 10 Dec 2021  00:01 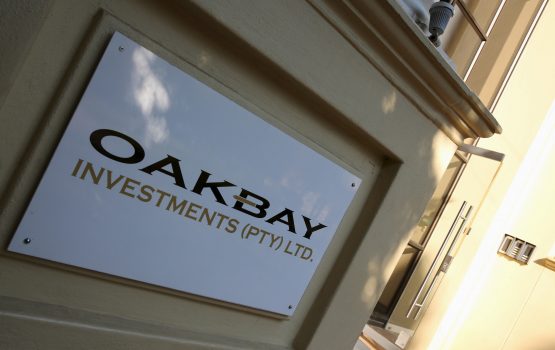 Oakbay is one of the companies owned by the Gupta family. Image: Siphiwe Sibeko/Reuters

In what’s been hailed as a breakthrough in the campaign against cigarette smuggling, former Oakbay Trading director DP Naik has been jailed for 10 years after being convicted of fraud and for contravening the Customs and Excise Act.

Naik was found to have falsified export documents and diverted cigarettes back into SA without paying excise and duties.

Naik falsely claimed to be exporting cigarettes to Zambia so as to avoid having to pay excise and duties.

Oakbay is one of the companies owned by the Gupta family. In July 2021, Interpol issued ‘red notices’ for two Gupta brothers accused of corruption in SA, Atul and Rajesh (and their wives).

TJSA founder Yusuf Abramjee says: “Scams like these ‘ghost exports’ are costing South Africa over R20 billion a year when we desperately need that tax revenue to defeat the pandemic.”

“SA Revenue Service [Sars] Commissioner Edward Kieswetter deserves praise for this breakthrough conviction. But this offence is just the tip of the iceberg.

“Criminal manufacturers are flooding shops countrywide with illicit cigarettes. These industrial-scale looters are public enemy number one and it should be a national priority to bring them to justice.”

Naik was convicted on five counts of fraud and for contravening Section 80 (1) of the Customs and Excise Act, causing a prejudice to Sars of R18 million.

Kieswetter praised the investigating team and the co-operation of the National Prosecuting Authority (NPA) for securing a conviction and sentencing.

“Sars has repeatedly stated that the organisation will make it hard and costly for taxpayers and traders who wilfully break the law and undermine the Sars mandate of collecting revenue.

“We are committed to helping those taxpayers and traders who seek to comply voluntarily with their legal obligations. Several digital channels have been created over the years to make it easy and simple for such taxpayers to comply.”

Kieswetter says this conviction sends a signal that Sars has zero tolerance for criminal behaviour.

The conviction was also welcomed by the Black Farmers Association (BFA).

“At least 30 of our members have gone out of business because of the shrinking size of the legal tobacco products market,” says the BFA in a statement.

“Although Naik’s jail-term will not bring them back into business immediately, it certainly is an indication that the law enforcement authorities – and in particular Sars is starting to target the kingpins. Hopefully, this will result in legitimate farmers, processors and manufacturers benefiting from increased sales of legal products.

“South Africa’s black tobacco farmers have no sympathy at all for Naik and his cronies. They must be sent to jail, for as long as possible. Orange overalls are their future, and they must know it.”

In the end Al Capone was jailed for tax. It seems tax will get all these crooks in jail long before they are jailed for the underlying corruption.

I have yet to hear of a crook that declared his gains. A few lifestyle reconciliations to income will thin out the ranks of the ANC cadres. BFASA should assist SARS in nudging SARS towards certain people.

At last… the wheels turn slowly but at least they are turning. Now all we need to see is the Guptas and “associates “. in the dock and into jail! The PPC scandal under Cyril’s watch is, hopefully, the next win for taxpayers – slowly slowly catchee monkey!

how is Markus Jooste still free?