Says insurers not paying business interruption claims may deal a knockout blow to the tourism industry.
By Suren Naidoo 1 Jul 2020  14:15 Finance Minister Tito Mboweni, a former board chairperson of the Tourism Business Council of South Africa (TBCSA), has now been called on by the council to assist in the industry's dispute with insurance companies.

The boss of the Tourism Business Council of South Africa (TBCSA), Tshifhiwa Tshivhengwa, has appealed to Finance Minister Tito Mboweni and government to intervene in the tourism industry’s dispute with insurance companies not paying out Covid-19 pandemic claims.

Moneyweb has reported extensively on the issue, which seems to be coming to a head with several court battles brewing between hard hit tourism businesses and leading insurers around non-payment of business interruption insurance, despite these businesses having cover for infectious and contagious diseases.

Speaking during a web media briefing on the dispute earlier on Wednesday, together with affected tourism businesses and loss adjustment firm Insurance Claims Africa (ICA), Tshivhengwa said it was time for the Finance Minister or government to get involved to ensure insurance groups comply and pay out urgently. 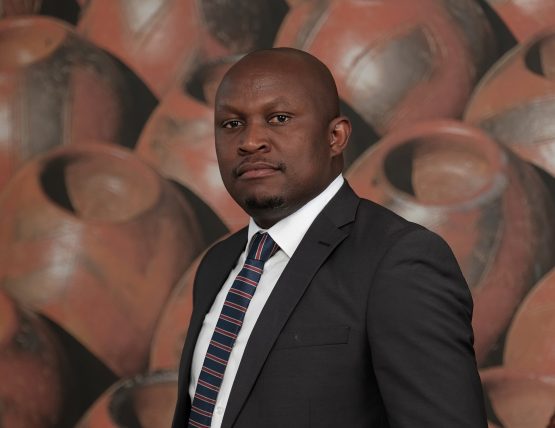 “The government needs to come to the party now as they gave instruction around the Covid-19 lockdown… The tourism industry is in a corner and may have to take drastic decisions to survive, like the taxi industry,” he said.

Tshivhengwa added that most of the tourism industry, which employs some 700 000 people directly, is still not operational due to restrictions to trade, including bans on inter-provincial travel. He said the fact that hundreds of tourism businesses such as B&Bs, lodges, hotels, eventing venues and restaurants were not being paid out business interruption insurance claims, added to the industry’s woes.

“This issue of non-payment by big insurance companies will deal a knock-out blow to the industry, with hundreds of smaller businesses in the tourism and hospitality sector set to close if they are not paid. Many have not received any revenue for almost three months and are dependent on pandemic cover to get through the Covid-19 crisis,” he told Moneyweb later.

The TBCSA is an umbrella body for the tourism and hospitality industry in the country. Coincidently, worth noting is that Mboweni is former chairperson of the council (prior to his appointment as Finance Minister).

During the briefing, Tshivhengwa did not mince his words and called out the insurance industry on the issue.

“Many of these businesses have taken out this [business interruption insurance with infectious diseases cover] to protect themselves… What is happening here is nothing short of insurers spitting in the face of these hard-hit companies, which have been paying for this cover,” he said.

Tshivhengwa shares the sentiments of the CEO of ICA, Ryan Wooley, that insurers are being “disingenuous” by not paying out or delaying such claims.

“Tourism businesses are on their knees and are failing… The lockdown and restrictions did not come about by itself… It came about as a result of the Covid-19 pandemic. It is time for the insurance companies to show up. They can’t be insensitive to [affected] businesses and the people that work there,” he added.

“This is clearly a scheme… They just want to collect [insurance premiums] and have no intention to pay out. It is very disappointing, especially as some of these insurers are invested in the tourism industry,” said Tshivhengwa.

I have this Business Interruption Insurance with the Infectious Disease Extension through HIC/Guardrisk and everyone is only reporting on them saying they are not paying out claims due to lockdown, but many of us were rejected for PRE-LOCKDOWN claims which is not being reported on. They rejected my claim saying that my claim was due to lockdown when I claimed BEFORE lockdown and my biggest cancellation that I claimed for cancelled on the 11 March 2020 (4 days after the Minister of Health confirmed on National Television that COVID-19 was at Charlotte Maxeke which is 38kms from my hotel). My international client even confirmed on their company letterhead it was due to COVID-19 being so close to my hotel. They are so deceitful, they are saying that they will look into PRE-LOCKDOWN claims, but they are lying, they are not looking into ANY CLAIMS that have anything to do with COVID-19 pre or post lockdown!!! I was told my big cancellation was due to lockdown when they cancelled 11 days before lockdown was even mentioned and they said I had insufficient proof that COVID was within my 50km radius when the minister of Health confirmed it on National Television. They are pulling the wool over everyones eyes. My pre-lockdown claims came to a few hundred thousand rand and there are MANY of us who claimed pre-lockdown and they are so deceitful that they are blaming every claim on lockdown and ignoring even pre-lockdown claims as that too would cost them a few million rand which they are not either prepared to part with. They are more deceiful then anyone even realises.

Basically : this will determine:

(1) the survival of thousands of business and through them half a million jobs.

(2) which insurers ethical company owners choose even if they have no business continuity issues.

Mboweni has not even intervened in the Government debt issue so why would he bother here?

I’m a broker. I have quite a number of hospitality type risks – that insure trough me at a number of insurers. Only one phoned to submit a claim. The owner incidentally is also an auditor. Once he has seen the Carte Blanche insert on the a Covid claims issue, he decided on his own not to claim and withdrew the claim.

His motivation was easy he himself do not believe that it is morally and justifiably am insurance claim. This is an ongoing event, there is no specific date of occurrence. The lockdown pre or post according to me is a government related issues which is an international exclusion. I want the guesthouse, restaurant industry to do well but legally there are no grounds for claims –

Does the finance minister have the power to intervene in this matter? And if so is there precedent for him to do so?