UIF says its system has been tested and is ready to process claims.
By Melitta Ngalonkulu 12 Aug 2020  00:03 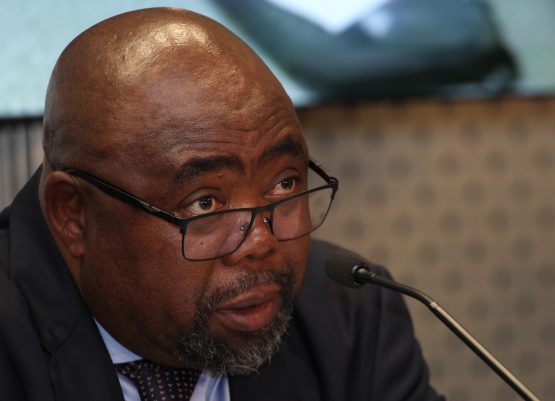 Minister of Employment and Labour Thulas Nxesi is holding the key for the July/August payments. Image: Moneyweb

With just days until the window for submitting applications for the Covid-19 Temporary Employer-Employee Relief Scheme (Ters) benefit for July and August closes – on August 15 – the system has yet to open for these applications.

According to Unemployment Insurance Fund (UIF) spokesperson Makhosonke Buthelezi, the funds will be released upon directives from Minister of Employment and Labour Thulas Nxesi.

“[The] UIF will announce the opening of the system after the ministerial directives about the extension of the benefits have been published … We’re awaiting the gazetting of the new directives,” Buthelezi said.

Buthelezi maintains that the e-system has been tested and is ready for the processing of claims.

Democratic Alliance shadow minister for employment and labour Michael Cardo called on Nxesi to urgently indicate when the millions of workers will be able to apply for the July benefit, as they are cash-strapped.

“He owes it to the anxious and desperate workers of South Africa who aren’t sure when their next paycheque will arrive,” Cardo said.

The UIF system and applications process has faced numerous challenges throughout the lockdown period.

“Now we are almost halfway through August and nobody is any the wiser about when July applications will open,” said Cardo.

“We don’t know whether July applications will be considered separately from August applications, or whether the six-week bloc [to August 15] will be treated as a single pay period with a single application process.”

Where are the funds?

According to a survey by the National Employers’ Association of South Africa (Neasa), nearly 60% of employers across the country still haven’t received their June Ters money.

Of the 40% of employers who received payment for June, only 64% were paid in full.

“This is deeply concerning and both the UIF and Minister Nxesi need to provide direction and communicate accordingly as a matter of urgency,” Cardo said.

The Department of Employment and Labour is also still to announce when applications for April/May will be closed.

Still, the majority of workers who are suffering from the regime’s incompetence now, and whose families are hungry, will again vote for the ruling party next time. The Party’s supporters richly deserve their misery. They vote for it time after time.

I was laid off in March and have yet to receive a dime in UIF, despite hiring a labour lawyer (who has now in turn hired a UIF consultant) to ensure the paperwork was processed properly. That just gives you an idea of how broken the system is. Apparently the TERS UIF payments are being given priority. So the people who still have jobs, albeit on short time, are being given priority over those who have no jobs at all. Try to see the logic in that!

Proudly brought to you by the cANCer near you!

Why have an electronic process then implementation ultimately rests with a couple of individuals…???
Sounds like more centralized control the way I’m reading it.

One aspect very much in evidence of this Covid 19 pandemic is the utter incompetence of the government to facilitate testing, analyzing and taken remedial action to contain the virus. Everyone within governments NEC has shown themselves to be uncaring for the masses, and have no solutions to the problem confronting the country.