The king of beers needs a makeover

Audacious deals probably won’t be on the agenda for some time.
By Andrea Felsted, Bloomberg 12 Sep 2020  00:46 It’s not surprising that Anheuser-Busch InBev SA has begun the search for a successor to long-time chief executive officer Carlos Brito. But it’s especially good news that the company is open to outside candidates, as reported by the Financial Times.

A fresh face will be better placed to take the hard-nosed decisions on how to shape the maker of Budweiser and Leffe for the future, especially one where the need for social distancing may keep nightclubs closed and stadium crowds limited.

Brito, who has led the brewer for almost 15 years, has served the company and shareholders well. But if the 60-year-old Brazilian does step down next year, he should make a clean break, resisting the temptation to join the board. That would enable his successor to implement the changes that are necessary.

Brito transformed the company from a regional brewer to the world’s biggest one through a series of blockbuster deals. The last of which was the takeover of SABMiller in 2016 that created what’s been called “Megabrew.” That transaction probably hasn’t created the legacy that Brito or the company would have wanted. It saddled it with more than $100 billion in net debt at a time when it also faced challenges in emerging markets, and this year, a global pandemic.

Audacious deals probably won’t be on the agenda for some time. Still the handover comes at a delicate time, so there might be an argument to opt for continuity, in the form of Brito joining the board. But this would be a mistake. Whoever’s appointed should have the freedom to pursue his or her own strategy without feeling under the shadow of their predecessor. For now, the only internal candidate is Michel Doukeris, who leads the North American business, according to the FT report.

Brito’s successor needs to tackle several pressing issues. The first is the borrowing burden. Although the company has made an effort to reduce net debt to $87.4 billion at the end of June, it remains stubbornly high at almost five times Ebitda. More could easily be done by eliminating the 2020 dividend altogether, reducing stakes in listed companies and offloading some divisions. An external candidate might be more inclined to go further, perhaps exploring initial public offerings of some businesses, such as the African unit. There is also the $115 billion of goodwill on the balance sheet. More write-downs can’t be ruled out.

Once the debt is more contained, the new CEO can achieve a better balance between revenue growth and pinching pennies. That might involve taking a short-term hit to profits, which isn’t a comfortable option when borrowings are high. As Duncan Fox, an analyst at Bloomberg Intelligence notes, AB InBev’s operating margin is roughly double that of rivals. Brito’s departure would mark the end of an era of bold deals followed by equally brave cost cutting. But the world has changed, and his successor must mold Megabrew to the new reality.

I don’t drink their beer.

With the anti-corporate movement in the millennial group perhaps a split into multiple companies and divesting of SAB Miller would be good?

Craft beer is where the employment is

Craft Beer is over rated and way too expensive. But any beer is good. I always mention all beer brewers in my prayers.

What i would do for a Carling(UK). 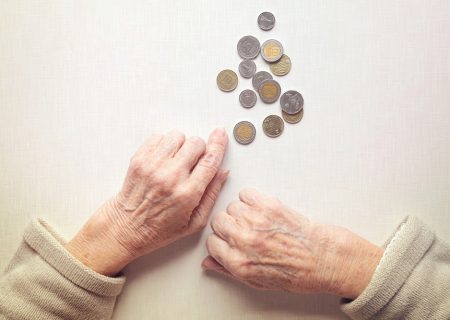