The rise of the ‘sheconomy’

Women are buying more cars and property, but are horrible with savings.
By Melitta Ngalonkulu 3 Feb 2020  11:01 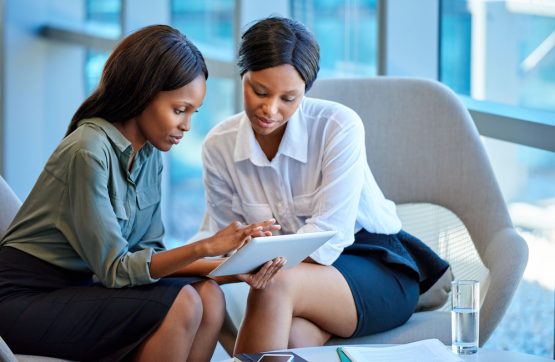 Current Miss Universe Zozibini Tunzi said “Let girls take up space and cement themselves” – but it seems South African women have been taking up space in property for the past three years.

Slowly but surely women are demonstrating that they have increasing clout in South Africa’s economy. This should not come as a surprise because females have always been important consumers.

Of the 18 million female consumers in SA, according to global measurement and data analytics company Nielsen, 71% are responsible for grocery shopping, while 60% are the primary purchaser within South African households “making them a force to be reckoned with, in the local retail sector”.

According to the report, the influence is still to grow as 21 million female consumers are expected in the local market by 2025, with labour force participation numbers set to increase from the current 9.5 million to 11 million.

“In terms of how frequently they shop, women are in-store at least once a week, consisting of a bulk shop once a month and top up shops three times a month,” the report reads. Common items in their monthly shopping basket include hair and skincare products and sanitary protection. Their short visits to the store usually include fresh meat or poultry, dairy products, bread or freshly baked goods, and laundry and household cleaning products.

The largest group of property buyers

And their buying power does not end at the mall. Over the past three years single women have been dominating the property sector.

Women are in fact the largest single group of property buyers in South Africa – bigger than married couples or single men.

According to research group Lightstone, almost 72 000 single women bought residential properties in South Africa last year.They have been dominating the property sector for the past three years, purchasing homes for an average of R800 000.

Car purchases in the last year have also been divided equally between women and men, and in the past year the percentage of Porsches sold to female drivers has risen from 6% to 9%.

Women empowering themselves through education

The rise in female property deals and vehicle purchases can be attributed to women who have empowered themselves through education.

Hendrik van Broekhuizen and Nic Spaull from the Department of Economics at the University of Stellenbosch followed students for six years from 2008 and found that women were the largest proportion of graduates. Their 2017 report – The ‘Martha Effect’: The compounding female advantage in South African higher education – was the result.

“We find indisputable evidence of a large female advantage that continues to grow at each hurdle of the higher education process,” the abstract reads.

They found that in relation to their male counterparts, 27% more females qualified for university, 34% more enrolled in university, 56% more completed an undergraduate qualification, and 66% more attained a bachelor’s degree.

Van Broekhuizen and Spaull say this is despite there being roughly equal numbers of boys and girls at the start of school.

“We show that this female advantage remains after controlling for school-level performance, and exists for all subgroups of race, age, socioeconomic status, and the province of origin.”

Despite their educational advantage, according to Statistics SA, women in South Africa earn approximately a quarter less (23%) than their male counterparts.

Read: Is variable pay guilty of inflating the wage gap?

And this disparity is often exacerbated when women’s careers are interrupted by pregnancy and the raising of children.

Women also tend to disadvantage themselves by saving less than men for retirement, as revealed by the 10X South African Retirement Reality Report for 2019, which states that most women understood less than their male counterparts about the subject and were generally significantly less engaged with the issue.

The matter of retirement savings will be a lot easier for women to address than the wage gap or motherhood.

I almost commented that women belongs is the kitchen. But I think I should rather not.

I’m all for clever motivated people to succeed. Whatever their gender, race, sexual orientation etc etc. If only to keep out those who get to their positions via connections or graft.

At first I thought the title was “The Rise of the Shoeconomy”. Probably just as apt.