The Sars clean-up is well under way 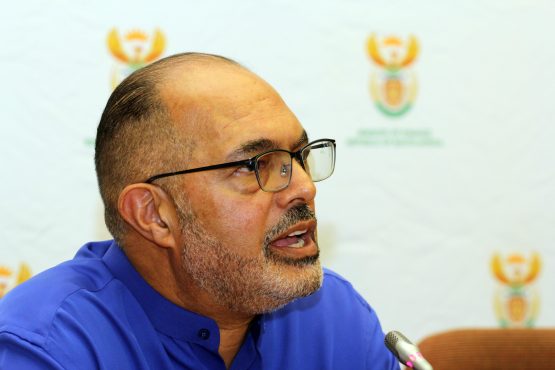 The South African Revenue Service (Sars) has created a separate division that will be focusing solely on the impact to the fiscus following the outcome of the commissions of inquiry into the “state capture project”.

Sars commissioner Edward Kieswetter said they are working “closely” with the state organs such as the National Prosecuting Authority and the Special Investigative Unit to ensure that those who have been involved in any corrupt activities will face the consequences of their actions.

The division is headed by Mark Kingon, who has been acting commissioner since the ousting of former commissioner Tom Moyane following a tumultuous time under the fiefdom of Moyane.

The capture of the tax collector has been laid bare before the Nugent Commission of Inquiry into tax administration and governance issues at Sars and the Zondo Commission’s ongoing inquiry into state capture.

Kieswetter said at a briefing in Pretoria announcing the 2019/20 tax filing season on Tuesday that there are a number of issues Sars is reviewing to ensure that capacity is restored and that its new endeavours to ensure a higher degree of voluntary compliance is beyond reproach.

Sars is reassessing the “illicit economy phenomenon” to understand it better, and to see how it can respond to it within the Sars mandate.

“Once we have decided what our response ought to be we will then create the capacity to deal with it.” Sars will not be “resurrecting” anything that existed, he emphasised, referring to the unit that was dismantled by Moyane who was hard-pressed to keep the “rogue unit” narrative alive.

Kieswetter said there are skilled people within Sars who are already dealing with certain sectors of the illicit economy, notably the tobacco industry and perceived abuses in the fuel industry.

Kieswetter said they have already “set right” the current practice in terms of refunds following accusations of favouritism during the Moyane reign.

“It must be clear to anyone within Sars that the wilful manipulation for any intent is unlawful and will be dealt with …. We cannot become complicit in aiding or abetting any corrupt intent by any taxpayer or groups of taxpayers.”

Kieswetter said he had been meeting with staff members since his appointment. He said it is easy to fix systems and policies that have been “broken”. The hardest is to fix the spirit of people.

“Sadly, I have found that many of our staff have lost trust in the leadership – many have a broken spirit. We have unfortunately created a culture of fear and intimidation and racial tension is sadly high in the organisation.”

He said all disciplinary actions that were initiated from 2014 until now are being reviewed. Where they find that these cases were created or manufactured to support the corrupt intent, they will address it.

This year the income threshold for the submission of tax returns has increased to R500 000 (up from R350 000), and the tax season for people filing their returns at branches only starts on August 1.

This leaves them with only three months to file and to get their supporting documents ready. The deadline for branch-filers is October 31.

Kieswetter said Sars has enough information about people with simple tax affairs (only one employer and no additional income or deductible expenses) and they have a “sophisticated risk engine” that can detect any discrepancies in the information they have.

If they are comfortable with the information and their risk detection abilities, they do not require people who falls below the threshold to file returns.

Dan Zulu, acting head of business and individual taxpayers, says the intent with the significantly higher threshold is to discourage people who are not required to file returns to visit Sars branches.

Last year two million people were not obliged to file their returns because they were below the R350 000 threshold. However, 1.5 million people still came to the branches to file.

“People visit our branches with the expectation of getting a refund. There is also the fear of technology and the need for someone to help them file a return (even if they are not obliged to do so).”

Non-provisional taxpayers who use the electronic filing system (eFiling) to submit their returns will be able to do so from July 1 and will have time until December 4.

Non-provisional taxpayers are individuals who do not have additional income such as interest and rental income. Provisional taxpayers will have until the end of January 2020 to file their returns.
Kieswetter said they will be encouraging taxpayers to convert to eFiling or the MobiApp for filing simple tax returns.

Mr Kieswetter,
Until your organisation publicly goes after those who have blatantly evaded tax or refuse to file tax returns, or who stuff ATM machines with cash at midnight, or who need to have a tax audit and be required to pay taxes on their ill-gotten gains, I shall have to believe that you are just another stooge of the ruling party.

@boomgloom, but you need to understand:

If they cut too deep, they commit self-harm!!! 🙂

They don’t want wage earners earning less than R500k to file returns. Most of these people are owed refunds due to over collection.

Just another service to you from SARS.

Trying to Retire: Where do you find people earning R500,000 p.a. who don’t have some dividend income, make contributions to a medical aid fund and have worked for one employer for the entire tax year? Can’t be many of them around.

Eskom has plenty. And I suspect so do the other SOE’s.

SARS need to Check all cash Withdrawal of Business and individual from banksto see that those people who with draw cash,are not using it to bribe Politician and Procurement official Then i will believe that we are all treated equally.We need to make sure that all Retailer that hold shows on a monthly basis in our country are payment Custom Duties,VAT and Income as is our local business people