The Zondo Commission, the dealmaker, and the botched evidence 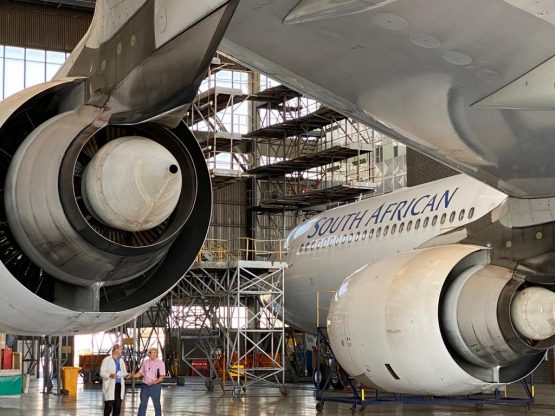 Wednesday’s proceedings provided depressing insight into the kind of activity that led to SAA being put into business rescue. Image: Supplied

The Zondo Commission of Inquiry into State Capture on Wednesday continued with aviation-related evidence and probed the personal knowledge of Vuyisile Aaron Ndzeku, director of JM Aviation South Africa, a ground support equipment and aviation spares supplier, and Swissport, a provider of airport ground and cargo handling services.

Evidence leader Advocate Kate Hofmeyr questioned Ndzeku on the role he played at JM Aviation and Swissport, the payments he received, the payments JM Aviation received and paid out, the land deal with Nontsasa Memela (who was head of procurement at SAA), and the land deal with her mother, Ms Hlohlela, as well as his meetings/introductions/encounters with various role players in the aviation-related evidence.

Hofmeyr eventually obtained Ndzeku’s confirmation that the unsigned affidavit submitted to the commission by his attorneys was a true and fair recollection of his version of events.

SAA awarded a R1.5 billion, five-year ground-handling contract to Swissport on condition that 30% was paid to an empowerment company ostensibly belonging to Daluxolo Peter.

BM Kolisi Attorneys then paid the R2.5 million towards the purchase of two sports cars for Lester Peter, head of SAA procurement.

Ndzeku also denied knowing that the R2.5 million he paid Memela’s mother for purchasing her property (part of tribal land) in the Eastern Cape would be given to Memela to purchase a property. There are no title deeds for the land allegedly purchased, and a handwriting expert has concluded that the apparent signatures of Memela’s mother are a forgery.

Daluxolo Peter alleged in his affidavit submitted to the commission that Ndzeku was the mastermind, and in fact set up the empowerment company.

JM Aviation made R6 million in a one-day trade on 12 ground power units that were purchased from SAA and on-sold to Swissport.

Ndzeku was a director of JM Aviation, together with his daughters Vuyelwa Sokhulu and Natasha Van Louw, and one Julian Aires. Ndzeku’s wife, Miss Hendricks, is also an employee of JMSA. Ndzeku didn’t know what her role was, and he couldn’t remember when they got married. He couldn’t even remember if she was employed at JM before they got married.

Ndzeku didn’t see any conflict of interest in being a director of both Swissport and JM Aviation, as he wasn’t involved in operations.

Financial assistance given to former head of SAA procurement

Ndzeku met Nontsasa Memela in 2015, at a compliance development workshop, and said he was not aware that she was head of SAA Technical procurement.

Ndzeku met with Hlohlela in 2015 in Johannesburg, and on another occasion at her home. He had shown her his company’s document on the cannabis business. When Hofmeyr later informed him that said document had only been generated in 2018 he tried to change what he meant.

Hofmeyr submitted that Ndzeku had changed his version of events over the course of the day.

To summarise, Ndzeku purchased an indeterminate piece of tribal land “next to the river”, for which he would receive no title deeds.

Hofmeyr refers to an affidavit deposed by the forensic document examiner (a handwriting expert), which concludes that the apparent signatures of Hlohlela on the affidavit and the sale agreement are in fact a forgery.

Hofmeyr submitted to the commission that there was no agreement about any land whatsoever, there was only a payment of R2.5 million to be made to Memela.

Hofmeyr continued, informing the commission that R4.3 million was paid into a forex trading company called Zanospark, and ended up being paid to Yakhe Kwinana, former chair of SAA Technical.

Hofmeyr informed the commission that Zanospark was only created in February 2016, and is not an authorised trader.

Hofmeyr probed Ndzeku on his interactions and meetings with Kwinana, including a meeting held with SAA in 2016.

At the meeting Kwinana demanded that Swissport pay 30% to SAA’s designated empowerment company, and threatened to terminate the relationship with Swissport if they didn’t agree to these terms.

Bob Gurr from Swissport had taken notes at the meeting, which conflicted with Ndzeku’s evidence, and he recalled Ndzeku saying “get the deal done”.

Swissport did ultimately agree to bring Daluxolo Peter’s company in as the empowerment partner, and it was awarded the R1.5 billion contract for five years on March 15, 2016. Lester Peters, as SAA chief of procurement, and Ndzeku, signed as witnesses.

Hofmeyr tried to get to grips with the timeline of events in 2016: “On 10 February the deal was off, but on March 15 they seem to find each other.” Hofmeyr then referred to the service level agreement concluded between Swissport and JM Aviation on March 2, in terms of which R28.5 million would be paid to JM Aviation.

Agreement between Swissport and JM Aviation

The R28.5 million payment made by Swissport to JM Aviation was ostensibly paid in regard to a general service level agreement that was entered into in 2016. The agreement detailed the various services that would be provided.

Ndzeku was questioned on the payments made by JM Aviation to the empowerment partner (R20 million), BM Kolisi Attorneys (R2.5 million towards sports cars for Lester Peter), and R2.5 million to Ndzeku’s personal bank account.

Ndzeku couldn’t recall the meetings he had had with Lester Peter, and denied any knowledge of Lester Peter being head of SAA procurement.

Even though he was a director of JM Aviation, and his daughter had sole signing powers to the bank account, he denied any knowledge of any deposits or payments. He couldn’t explain why JM Aviation was used to make the R20 million payment to the empowerment partner.

Hofmeyr then dropped a bombshell.

Read: The bankers, lawyers and liars who enabled state capture

Let’s give Ndzeku the benefit of the doubt…
Perhaps he can’t recall anything as a result of all the pot he’s been growing on his farm’s.

Oh, no wait!
That doesn’t absolve him either.

And they want to revive this farce called SAA, wow.

Suggestion to kick off Ramaposer’s big “infrastructure” spend: Build prisons. Lots of them.

@Pistov: The sad thing is that the deal to build Prisons will be corrupted from the start and then they will stand completely empty – as an omage to our inept NPA stooges.

I initially considered half a dozen Gatling guns, but discarded that idea as being insufficiently labour-intensive.

This talk show is going no where, end in a white wash. Is that PC? Black wash.

The problem with lies is that you later can’t remember them all.

Wonder if SARS are having a quick look back at his tax returns to verify how and if he declared the 2 salaries and those lovely R 50 000 and R 100 000 payments.

How many more can be squeezed into the cookie jar?