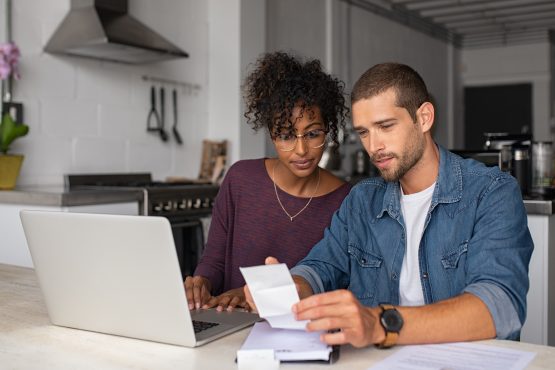 There’s a 27% difference between the lowest and highest priced basket for a R1m property – or R748pm. Image: AdobeStock

Property rates in Durban are as much as double those charged by the City of Johannesburg, while Cape Town’s are the lowest across the major metros. Cape Town’s flat rate for refuse removal is also the lowest across the metros, with Joburg’s method of charging based on municipal valuation meaning it is easily the most expensive once a property’s value exceeds R1.5 million.

Water tariffs are complex as these need to be looked at together with the charges for sanitation (waste water removal). With the exception of Joburg, which charges based on property size, the metros charge for sanitation based on the amount of water consumed (as much of this becomes wastewater).

On water tariffs alone, Johannesburg is generally the cheapest and eThekwini the priciest. At a low level of usage – 10 kilolitres (kl) per month – Durban’s prices are more than 150% higher than the City of Joburg’s (Joburg households receive 6kl of free water each month). Even at a high level of usage (30kl) its prices are 15% higher than Joburg’s. But when factoring in sanitation tariffs, Tshwane’s charges are the lowest and Cape Town’s the steepest.

Read: Joburg has the cheapest water, Durban the priciest among metros

Read:
Electricity: Who pays more?
How much electricity R1k, R2k will buy you in SA’s biggest metros

To compare municipal charges across the metros more accurately, all these charges need to be looked at together.

This would be the actual experience of households.

If anything, the electricity figures are rather generous given that Eskom says the “average household” in the country uses 900kWh (because of skyrocketing electricity prices, many homes have made the shift to gas stoves and have had geyser timers installed).

The singular exception is Cape Town where property prices are structurally higher than the other metros, as some readers rightfully pointed out.

For example, it is practically impossible to find an apartment for R1 million in the city (aside from one of those absurd sub-30m2 micro apartments, which is not a fair comparison).

We have therefore adjusted the value of the ‘entry-level’ property in the Cape to R2 million, and the mid-level property to R4 million in order to get a more accurate reflection of rates.

* Assuming a townhouse (where the minimum charge is R474.15)

** For rates in Cape Town, a R2 million property is used

On the ‘entry-level’ house, total monthly charges range between R2 751 and R3 499 – this equates to a 27% difference between lowest and highest priced.

The steep monthly fixed charges levied by City Power in Joburg for postpaid electricity customers – a network charge and capacity charge – total R825 (excluding Vat) and mean that these households would typically pay the most among the metros for the same basket of services.

By comparison, City Power customers using prepaid would effectively be paying among the lowest out of the five metros.

The two different electricity tariffs in Ekurhuleni (regardless of postpaid or prepaid) result in very different outcomes.

Cape Town tariffs are expensive when a more realistic comparison is made (use a R1 million property and the total drops to around R2 900, but this is not reflective of the real-world experience).

** For rates in Cape Town, a R4 million property is used

For the mid-level scenario, Ekurhuleni and Cape Town are the priciest.

There is a distortion where Ekurhuleni customers on electricity Tariff A pay significantly more, due to this tariff specifically penalising usage above 700kWh per month – anything above that is charged at R7.60 per kWh (excluding Vat) versus the R2.50 to R3.50 range elsewhere. It is unlikely that many households that consume higher volumes of power will be (or still be) on this tariff.

Joburg City Power’s fixed charges make less of an impact at these levels of usage. But the city’s lower rates and flat-rated sewerage charges mean its households pay the least among major metros for the same municipal services.

The difference between Joburg City Power prepaid customers (who pay the lowest) and Cape Town is 27%.

Exclude Cape Town and there remains a difference of 18% between a R2 million prepaid household in Joburg and one in Ekurhuleni.

Read: How much Eskom wants to charge normal households, and those with solar

Add mortgage, insurance, complex levies and maintenance to the roughly R7k and it is no wonder young families battle to get by.

Unless they are each paid the R500k average state employee salary.

Excellent thank you. Surprisingly close and surprisingly (in a way) high. Funding non-payers and “service delivery” to them is an expensive business.