The unabridged birth certificate law is to be abolished but much damage has been done to tourism in the country, stakeholders say. Image: Moneyweb

SA’s tourism industry is celebrating winning a massive four-year battle with government as the Department of Home Affairs finally made a U-turn on rules related to unabridged birth certificates for minors travelling to the country. “We have given the instruction that […] it’s no longer wanted. You don’t have to carry it, you don’t have to produce it,” he said in response to a question on the issue from Moneyweb’s SAFM Market Update business show host, Nompu Siziba.

“The argument from Home Affairs was that it was to stop child-trafficking,” added Motsoaledi. “Then we said no, no let’s not trouble tourists with this. Let’s find our own way of fighting child-trafficking, rather than using this method, which interferes with tourism.”

Motsoaledi, who was appointed home affairs minister following the general election in May, has had to deal with the issue which dates back to when Malusi Gigaba held the position.

Despite moves to relax unabridged birth certificate regulations in recent years, it has remained a thorn in the side of the tourism industry and has badly affected foreign tourist arrivals into SA since coming into effect in 2015.

During his interview, Motsoaledi did not go into detail on how soon the controversial rule will be abolished. However, industry bosses from the Tourism Business Council of SA and the Southern African Tourism Services Association (Satsa) say an official announcement is expected as soon as this week.

TBCSA CEO Tshifhiwa Tshivhengwa, who was at the National Economic Development and Labour Council (Nedlac) meeting with President Cyril Ramaphosa and other business and government leaders last Monday, tells Moneyweb that the matter was discussed at the forum.

“We were told that unabridged birth certificate regulations will finally be abolished, and we’re delighted at the news … However, the minister needs to have written confirmation sent to the International Air Transport Association (Iata) in order for this to be effective,” he adds. Tshivhengwa says the sooner Home Affairs and Iata meet and finalise the matter the better. “I understand that the Home Affairs Department’s Immigration Advisory Committee will be meeting on October 16, so I expect an announcement soon after that.”

“This issue has been a concern for us in the tourism industry for years and tourism operators into SA have said that they’ve been losing as much as 30% in business due to unabridged birth certificate requirements. However, the impact is likely to have been much worse if you consider would-be international tourists being turned off by this additional red-tape. They would not have bothered and chosen to go elsewhere,” he adds.

Satsa’s CEO David Frost, who has vociferously criticised the regulations from the start, hailed the government’s U-turn.

“We welcome the fact that it will finally be abolished, but it has taken too long and has done a lot of damage. It will take time for the tourism industry to fully recover from this,” he says.

“The private sector drives the tourism industry, and the government should have spoken to us before embarking on the changes five years ago. They never wanted to hear us then, but we are glad that they have finally heard us. This will be one major hurdle out of the way, but we have our work cut out for us to put SA back on the international tourism map,” he adds.

“Motsoaledi…had to deal with the issue which goes back to Malusi Gigaba’s time as Home Affairs minister.”…

With that said and reversed…
Finance minister Mboweni has to look at reversing VAT to 14%…. This decision too came from the same minister who more destructive than nation building during his tenure… I would like not to mention his tenure minister of public enterprise…

This needs to be explicitly and clearly spelled out, and widely publicised using the proper channels. The current ambiguity still has international travelers and airlines in a state of confusion, and often requiring the unabridged birth certificates.

It’s amazing what an EDUCATION can achieve!

Please please remove requirements for us SA citizens to have unabridged birth certificates for travelling with our own children.

Go get your kid a new passport, back pages have parents details included!

Not all newly issued child passports have the parents’ details printed overleaf of the biographical details page. Home Affairs is bizarrely inconsistent about it – seems to depend on when the children were born. Recently applied for 3 on the same day and only one of 3 came back with the full details. Couldn’t get a sensible explanation out of Home Affairs as to why.

““We have given the instruction that, look, it’s no longer wanted. You don’t have to carry it, you don’t have to produce it,” he said in response to a question on the issue from Moneyweb’s SAFM Market Update business show host, Nompu Siziba

But will the official at OR Tambo know this?

It doesnt matter what a politician says in the news. Until this is repeal of the rule, at all overseas airports will not allow you to board a flight to SA without all the documentation. They check it rigorously.

On my last flight to SA (March ’19) it was carefully checked outbound from Europe but barely looked at in SA upon arrival.

If the ANC Government just stopped scoring own goals there would be a massive improvement in the country’s fortunes.

Noted and agreed but I became skeptical when I read further, viz.
“Motsoaledi did not go into detail on how soon the controversial rules will be abolished. However, industry bosses from the Tourism Business Council of SA and the Southern African Tourism Services Association (Satsa) say an official announcement is expected as soon as next week.”

That destructive minister, Gigaba, brought this idiotic idea he had for more documents to be carried and the result was a massive loss of inbound tourists who went to places where there was no red tape nonsense and where they were welcomed with open arms. What Gigaba ‘really’ had in mind will remain a mystery. I do not know of any other country in the world that has the rule Gigaba imposed. I think he thought he was clever and that he would be patted on the back. He should instead be kicked in the backside.

Now minister Motsoaledi, engage with other countries that impose visa requirements on South Africans and enter into agreements where South Africans can travel to more places without having to get a visa. Visas are a huge financial burden when South Africans travel.

The best home affairs minister we’ve ever had is Dr. Aaron who is now fixing all the mess created by Malusi Giggaba. Long live Dr.

These guys are really quick – within only 17 months after CR was elected, we have some common sense.

Damage is done, now it will take years to correct, and even then there will be an uncertainty on the part of tourists. Just another sector which has been destroyed.

Good to see some of these high priority items which Rama mentioned actually happening, even though it has taken far too long. Now if they can release spectrum, sort something out with SOEs, get these charters/BEE act to a reasonable place then at least we have a base to work from.

This was always a poor way to target child trafficking, I’m sure there are some good international approaches to the problem which we could adopt, it’s a serious issue but short cuts won’t work. The inclusion of the Yes/No votes on policy and implementation has given rise to shareholder activism on executive remuneration. 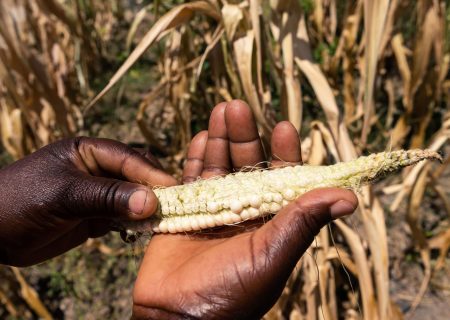