Toyota suspends production at its Durban plant due to flooding The torrential rains that have been battering KwaZulu-Natal have led to Toyota South Africa Motors (TSAM) suspending production at its manufacturing plant at Prospecton south of Durban because of flooding.

Vehicle dealerships for all vehicle brands have already been experiencing stock issues because of the global semiconductor shortage resulting from a fire at a major semiconductor supplier last year and global supply chain disruptions caused by Covid-19 lockdowns.

The suspension of production by TSAM, if it continues for an extended period, is likely to exacerbate any vehicle stock shortages in Toyota’s dealer network.

The group confirmed on Wednesday that its production plant experienced flooding in areas due to the heavy rains in the province.

“TSAM’s operations have therefore been suspended since Monday evening while efforts geared towards a safe start-up (after water has been cleared) are in place,” it said.

TSAM spokespersons were unable to indicate when production will resume or quantify the damage caused to the plant.

They were also unable to immediately confirm how many vehicles are produced on a daily or weekly basis at the plant.

National Association of Automotive Component and Allied Manufacturers (Naacam) executive director Moothilal confirmed on Wednesday that automotive component suppliers had been impacted by the floods but was unable to provide the names of affected companies.

Moothilal said several suppliers have had to shut down.

“The reasons for that include immediate damage at shop floor level as well as problems with staff being able to get to work due to transport issues and roads having collapsed,” he said.

Moothilal said some of the bigger suppliers affected by the floods have multiple sites and could probably move production very quickly to prevent disruption to supplies while it will probably take a bit longer for smaller suppliers that have individual sites to resume production.

Riaz Haffejee, the CEO of JSE-listed automotive components and energy storage solutions manufacturer Metair, said the direct impact of the flooding on Metair’s operations has been minimal and they remain operational.

However, Haffejee said Metair’s employees and certain customers have been affected.

“We are supporting as best we can, remain in close communication and are monitoring the situation closely,” he said.

Motor Industry Staff Association (Misa) CEO Martlé Keyter said the association is devastated by the impact the floods in Durban and the surrounding areas will have on the retail motor industry, which is still recovering from the Covid-19 pandemic.

Keyter said the flooding could not have struck the retail motor industry at a worse time.

She said the industry was grateful for the news last week that domestic new vehicles sales broke through the 50 000 threshold last experienced in October 2019, with a total of 50 607 new vehicle sales recorded in March 2022.

“The motor retail industry can’t afford more retrenchments with the unemployment rate at 35.3%,” she said.

National Automobile Dealers’ Association (Nada) director Gary McCraw said there has not been any official notification from Toyota other than the company’s brief comment and there are few facts about the situation.

“So it would be irresponsible for Nada to speculate on how it’s going to impact [vehicle] stock and anything like that,” he said.

“All we can do is confirm that Toyota does have pretty strong disaster management recovery plans in place and we wish them well in the process of assessing what needs to be done and then informing the dealer network and their customers in due course on what is the situation.”

Road Freight Association (RFA) CEO Gavin Kelly said authorities in KwaZulu-Natal have requested that, where possible, all freight movements by truck towards the Port of Durban be suspended/withheld until the situation at the port has improved.

Kelly said there are already long queues of trucks along the N3, and the Marianhill plaza has a backlog of 10km all the way to Hammarsdale.

He said the Road Traffic Inspectorate has reported that local communities are now targeting the trucks.

Kelly added that access roads around the Port of Durban have been damaged, container yards, truck depots and trucks themselves have been flooded and damaged, and “the area is really a disaster at the moment”.

“Logistics operations will be impacted: there will be delivery disruptions for goods being imported,” he adds.

“The association has advised members to delay any departures towards Durban and to find depots and safe parking areas along the way.

“Where possible, members have been requested to assist one another to get any vehicles off the road and to secure holding areas until the logistics chain is up and running again.

“No foreseeable shortages in foodstuffs and fuel are expected,” he said.

All images courtesy of the Motor Industry Staff Association. 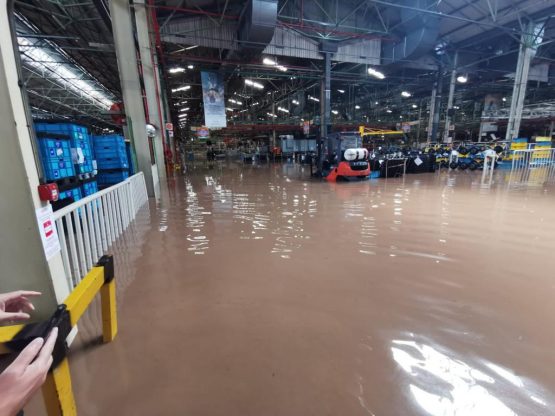 So, how are the safety checks looking at the plant? This could have been avoided if the drainage systems were in place and clear. Expensive school fees – the whole economy chips in on this.

That is a big call. The Umbilo River flooded the area as two fuse gates on the Shongweni Dam were triggered by the inflows into the dam from very heavy rain. Nowhere for the flood water s to go. 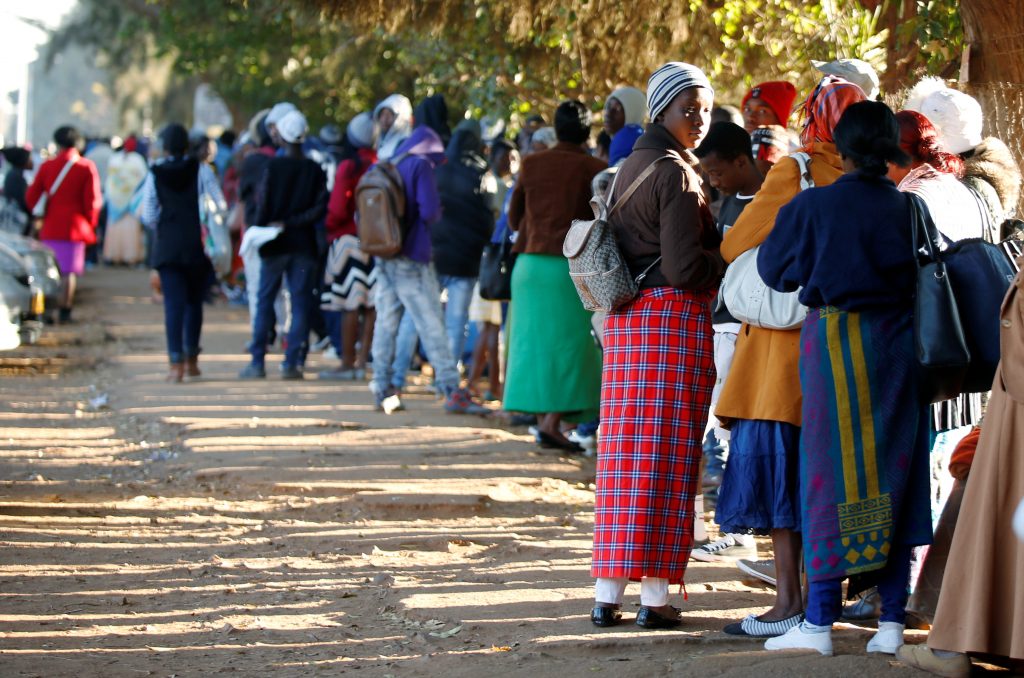