Says act will only cease to be valid once Constitutional Court confirms high court judgment.
By Roy Cokayne 20 Jan 2022  00:05 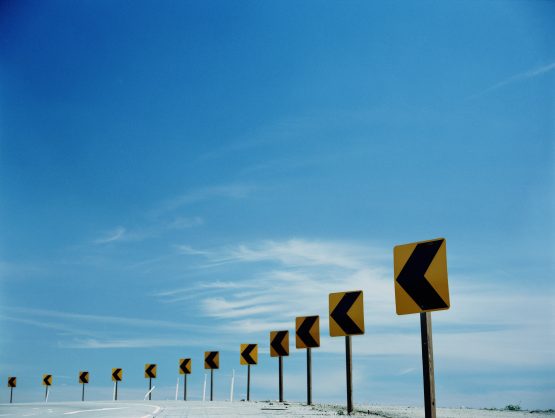 The Road Traffic Infringement Agency (RTIA) has warned road users that the provisions of the Administrative Adjudication of the Road Traffic Offences (Aarto) Act are still enforceable until the Pretoria High Court judgment declaring the act unconstitutional and invalid is confirmed by the Constitutional Court.

“Aarto implementation continues until the judgment on the constitutionality of the Aarto Act has been subjected to all due legal review processes,” it said on Wednesday.

Organisation Undoing Tax Abuse (Outa) CEO Wayne Duvenage confirmed on Tuesday that Outa was in the process of filing a confirmation application to the Constitutional Court for it to confirm the high court ruling.

The RTIA also reminded road users to take advantage of the Aarto elective options to resolve their Aarto fines.

It said the elective options contained in the Aarto Act include:

“These are rights and options accorded to motorists through the Aarto Act,” it said.

It urged motorists to familiarise themselves with the act in order to understand these “immediate benefits” of the act.

“In the end, they will be able to select the specific option suitable to address their particular Aarto infringement,” it said.

The RTIA added that Aarto is a national road safety intervention designed to change the behaviour of road users towards curbing the high number of fatalities that occur on the country’s roads.

It said it is estimated that almost 14 000 road users die on South Africa’s roads annually due to traffic law violations committed by infringers.

The RTIA referred to the announcement by Minister of Transport Fikile Mbalula on Tuesday that a decision had been taken to appeal the judgment, adding that the board of directors of the RTIA has adopted a resolution to join Mbalula in appealing the high court judgment.

Mbalula said on Tuesday that Aarto is the final piece of the puzzle in the implementation of a new road traffic management system by the government.

“The importance of Aarto in driving behaviour change of motorists and providing disincentives for unbecoming conduct cannot be overemphasised.

“It is for these reasons that we have decided to appeal the ruling of the Pretoria High Court declaring the Aarto Act unconstitutional and invalid,” he said.

Judge Annali Basson said in her judgment that Section 41(1)(g) of the Constitution stipulates that each sphere of government must exercise its powers in a manner that does not encroach on the geographical, functional or institutional integrity of government in another sphere.

Outa, which brought the application, argued that the two acts (the Aarto Act and the Aarto Amendment Act) usurp the executive legislative authority of the provincial legislatures by regulating road traffic and creating a single, national system to do so.

Basson said the Constitutional Court has, in a number of judgments, made it clear that the executive power conferred exclusively on municipalities and provincial governments may not be encroached upon by national legislation.

I’m a fan of the Aarto act, however it was declared unconstitutional. The department of transport should respect the judgement.

The Road Traffic Infringement Agency qoutes a death figure of 14 000. Where does this figure come from? The 2019/2020 figure was 1616. See aa_co_za_road-deaths-blight-south-africa-aa_.

And if you look at the research most of it is pedestrians. And in probability under the influence of alcohol. You cannot legaslate common sense into people.

If you want to legislate to stop deaths on the roads it is very simple, lock us all down again, if there is no cars on the road there will be no road deaths.

And the reason there is more deaths over christmas and easter is because there is more cars on the road and more kilometers being travelled.