Unions rejected a 4% wage hike offer from a mediator appointed to break a deadlock in a dispute over wages and have applied to strike.
By Wendell Roelf, Reuters 10 Jun 2021  14:59 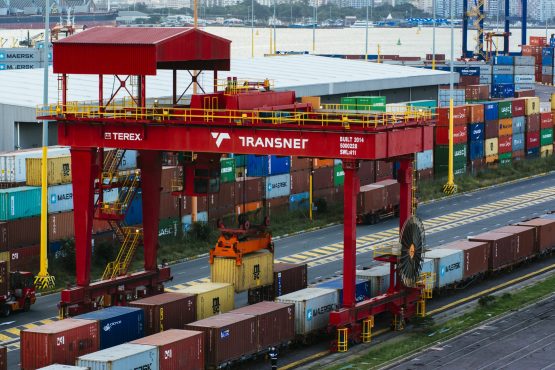 Union leaders at South Africa’s freight logistics group Transnet said they have rejected a 4% wage hike offer from a mediator appointed to break a deadlock in a dispute over wages and have applied to strike.

The United National Transport Union (UNTU) and the South African Transport and Allied Workers Union (SATAWU) told Reuters their members had rejected the offer, which was one percentage point higher than Transnet had put on the table.

“We have just sent communication now to the bargaining council to say we’ve had quite a bit of response and the response was to reject the offer,” John Pereira, deputy general-secretary of UNTU, said on Thursday.

“Both unions have rejected the mediator’s recommendation of 4% … the unions want one thing only and that is a certificate to strike,” said Jack Mazibuko, general secretary of SATAWU.

Any prolonged strike at the state-owned company in charge of South Africa’s port and rail freight network could affect key exports of automobiles, grain and mineral ore just as the country tries to get its struggling economy working again.

Transnet did not immediately respond to a request for comment, but in April said the difficult economic environment and its impact on operations meant it was not able to meet the pay demands made by the unions.

They won’t be happy until they’re living in a hut again, with the women doing all the work.

A bankrupt government must bail out another SOE… all this due to excessive labor wage demands and violent threats. I remember how union members were thrown from trains about a decade ago if they didn’t join strikes. That’s not how businesses should be run, any business, in fact… it is common knowledge that the business world wants South Africa to list SOEs on the JSE and to improve all accountability and accounting standards and to improve consumer service levels -> for businesses to have a consumer-orientated focus and not a labor union masquerading as a business or a business masquerading as a labor union ….