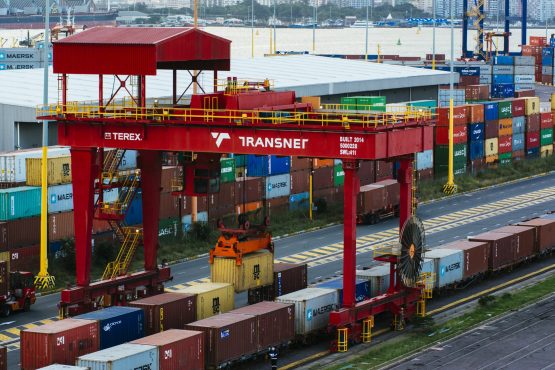 State-owned port and rail monopoly Transnet has signed a major five-year credit facility to the tune of $1.5 billion (around R25.5 billion) in its first internationally syndicated loan in almost a decade.

Announcing the agreement in a notice on the JSE on Tuesday, the group said the new credit facility is part of its 2022/2023 funding plan, with the funds earmarked for infrastructure capex and to refinance existing debt.

“Transnet is pleased to inform noteholders that it has successfully re-entered the international syndicated loan market by signing a five-year Senior Unsecured term loan facility of up to US$1.5 billion, led by Deutsche Bank AG,” it said.

According to the group, the transaction saw the participation of a number of investors and development finance institutions, which demonstrated “confidence in Transnet and expanding the company’s investor base”.

“This [transaction] is a significant milestone to stabilise Transnet’s liquidity position in support of our financial sustainability,” commented Transnet’s Group CFO Nonkululeko Dlamini.

“It has been the single largest funding transaction which Transnet has been able to secure in the last seven years with the benefit of diversifying our investor base in the process,” she added.

“The confidence that these investors have demonstrated is encouraging and we continue to focus on improving the operational and financial performance of Transnet.”

According to Transnet, the first drawdown amounting to $685 million is scheduled for July 2022.

“The facility is also structured to be repaid in eight equal semi-annual instalments after a 12-month grace period. There is an Accordion feature in the transaction for up to $1.5 billion, subject to Transnet’s consent until December 2022.

“Given the Accordion feature Transnet will have approximately $800 million available for drawdown up until 31 December 2022, subject to market conditions and investor appetite,” the group added.

Guaranteed by the ANC government, that was found to be a corrupt mafia of incompetent cadres by the Zondo Commission. That means this loan is further leverage to plunder local taxpayers, because, when all is said and done, the buck stops with taxpayers.

Yip, just lending the ANC money has surely got to be illegal under the US Postal Legislation, after all, it is just plain old money laundering. But then again DB made some very dubious loans to Mr.Trump so we know they are not averse to risky and otherwise business dealings!