The investigators and Transnet have applied for the funds to be permanently forfeited to the state.
By Joe Bavier and Alexander Winning, Reuters 9 Sep 2021  16:23 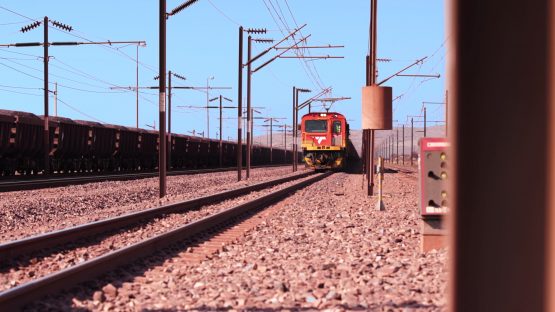 The Special Investigating Unit (SIU), which investigates corruption at state entities, said in a statement it believes the funds are “proceeds of unlawful activity”.

“The SIU together with Transnet approached the Tribunal to freeze the accounts following an intensive investigation … which raised the suspicion that CRRC paid kickbacks,” it said.

A Transnet spokeswoman said the SIU statement was the official position on the issue.

South African authorities are carrying out widespread probes into alleged irregularities in the awarding of lucrative contracts by state-owned companies during former president Jacob Zuma’s nine years in power.

Between 2011 and 2014, Transnet, which runs freight rail services, ports and pipelines, awarded CRRC three contracts worth a total of R25.4 billion to supply it with 554 locomotives, the SIU statement said.

The preservation order handed down on August 31 by the Special Tribunal, a court set up to fast-track recovery of misspent or stolen public money, prohibits CRRC from accessing the frozen funds, which are held in accounts linked to CRRC E-Loco Supply Ltd at three South African banks.

The investigators and Transnet have applied for the funds to be permanently forfeited to the state.

Zuma was jailed for 15 months in July for defying a constitutional court order to appear at a corruption inquiry.

He is currently in hospital, however, and the government said on Sunday he had been placed on medical parole for an undisclosed condition.

The round “object” you see in a distance is the horse’s arse.

The money is loooooooong gone. Now some bright spark thought you can cover it all up by “freezing” an account. A decade after the horse has bolted??